Manchester United midfielder Bruno Fernandes has heaped praise on youngster Mason Greenwood, insisting that he has a number of qualities to his game. Greenwood scored United’s third on Sunday afternoon, in a 3-0 win against Watford at Old Trafford.

The striker picked up the ball inside the Watford penalty area.

He cushioned the ball with his left foot, while manoeuvring his body to create the best angle for a shot on goal.

The youngster took one extra touch to create some space around the Watford defence, and thundered the ball into the top left-hand corner.

Fernandes isn’t surprised by Greenwood’s skills, and has insisted that the best is still to come.

JUST IN: Man Utd given permission to talk to two transfer targets 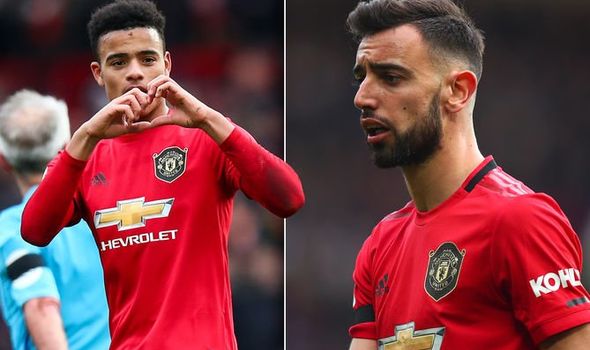 “Mason has a lot of qualities,” said the Portugal international, after the clash against the Hornets.

“He needs to grow up more, but I think with the confidence he has, the trust we can pass to him, the quality he has he can become such a good player.”

Ole Gunnar Solskjaer added that Greenwood was the best finisher at the club.

While he’s only 18 years old, he’s still a threat to the opposition around their penalty area.

“He’s the best finisher we have, and he’s one of the best I’ve seen,” said the United boss.

“Right foot, left foot, it doesn’t matter. He’s just so sharp in and around the goal. He’ll never lose that goalscoring knack.

“The whole season he’s had says a lot for him. He’s just going to get better and better.

“He’s only 18; we’ve got to remember that. He’s still not fully grown in his body. 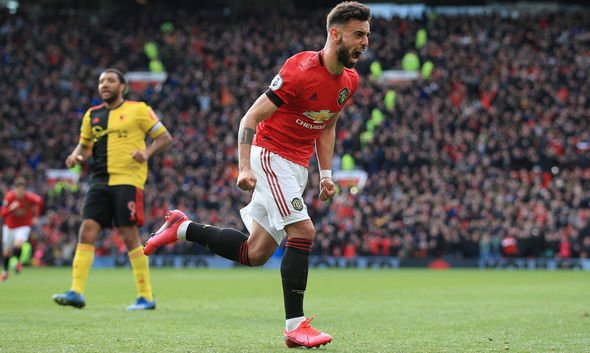 “He’s not like Wayne Rooney at 18. He still has a young body, and in a few years’ time he’ll be more or less the complete No 9.

“He’ll still fill out more but it will take a couple of years. Give him time because it’ll be natural.

“He’s now starting to get a man’s body but it will take a couple of years because you can’t do that too early.”

Meanwhile, Fernandes scored United’s first goal of the afternoon from the penalty spot.

It was his first goal at the club since arriving from Sporting Lisbon last month, in a deal that could rise to £67million.

“It feels so good,” he said. “For me, it’s another dream come true. These last few weeks have been amazing for me and the team.

“We drew against Wolves, but, after that, we had good games, away against Chelsea and home against Watford today, but I’m really happy about the three points and we are [moving] up in the table.”