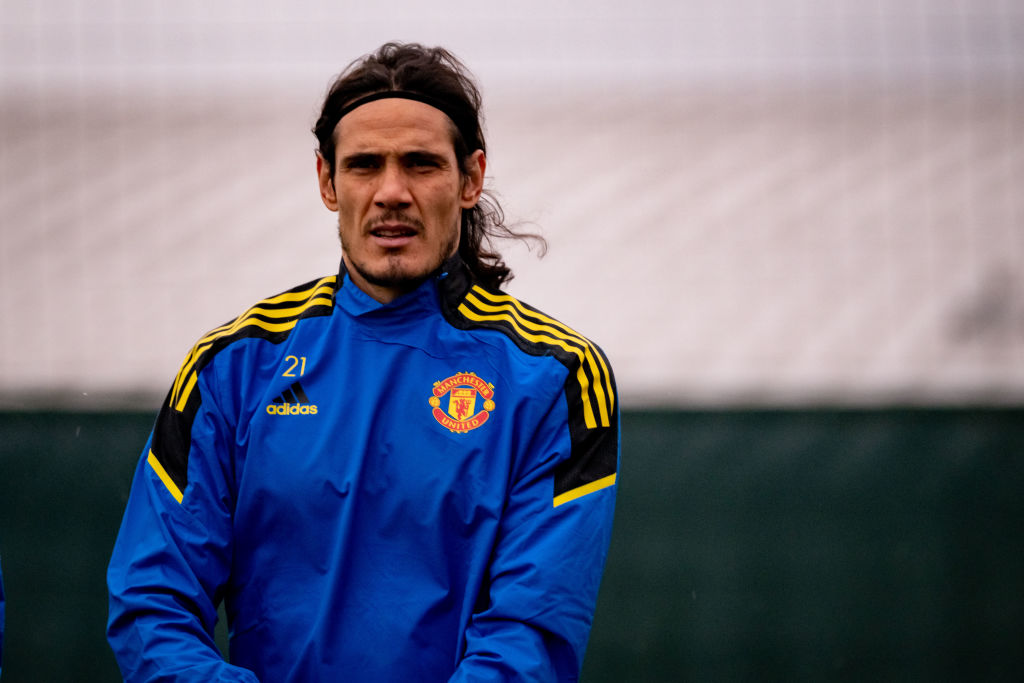 Edinson Cavani is edging closer to the Old Trafford exit door with a transfer to Spanish giants Barcelona almost complete, according to reports in Spain.

Injuries and fitness concerns have hampered Cavani so far this campaign, with the Uruguay international having played just five times in United’s opening 16 Premier League matches.

The 34-year-old striker has been included in the Red Devils’ squad for their Premier League clash against Newcastle on Monday evening, but isn’t expected to be named in the starting XI.

It could be one of his last pieces of action in a United shirt, with an 18-month deal to Barcelona ‘well on track’ to be completed soon, according to Sport, via SportWitness.

The report adds that a final decision will be made in the ‘next few hours’, with Cavani said to already have given his approval on the deal which would see him take a substantial salary cut.

It remains unclear whether the Manchester club would demand a fee for the former Paris Saint-Germain forward who has just over six months left on his current contract at Old Trafford.

A meeting is expected to be held on Tuesday to determine whether United will agree to terminate Cavani’s contract early, which would allow him to move to Barca on a free transfer.

Speaking earlier this week, United interim boss Ralf Rangnick admitted that he would be open to selling players who wanted to leave, however the club wouldn’t be forced into any approving any deals against their will.

‘For me, it’s about developing those players but if a player wants to leave because he feels he will not get enough game-time here with us then we can speak about that, but it’s not only about what the player wants, it’s also about the situation of the club,’ Rangnick said.

‘Two things need to come together if a player wants to leave – one thing is if he wants to leave, but on the other hand the needs of the club need to be satisfied.’