Erik ten Hag is 'happy and satisfied' after victory of Liverpool

Manchester United forward Marcus Rashford’s private chat has revealed his view on potentially moving to PSG. The 24-year-old has been linked with a move to the French giants to play alongside Lionel Messi, Kylian Mbappe and Neymar, as he has just one year left on his contract at Old Trafford.

Rashford scored United’s second goal in their 2-1 win over Liverpool on Monday in a central role under boss Erik ten Hag, who started five-time Ballon d’Or winner Cristiano Ronaldo on the bench for the game and the decision proved to be the right one as Rashford was one of many who shone in his absence.

He has endured a difficult 18 months with form and fitness, having found himself out of Gareth Southgate’s England squad despite links to PSG. However former United defender Patrice Evra’s conversation with Rashford has highlighted where he may stand on moving away from his hometown club.

“Years ago, I saw him in Dubai and I said to him ‘wow, Marcus I know a lot of clubs want you’ and he told me ‘you know Patrice, I’m going to stay at United because United are the best club in the world’,” Evra told Betfair. 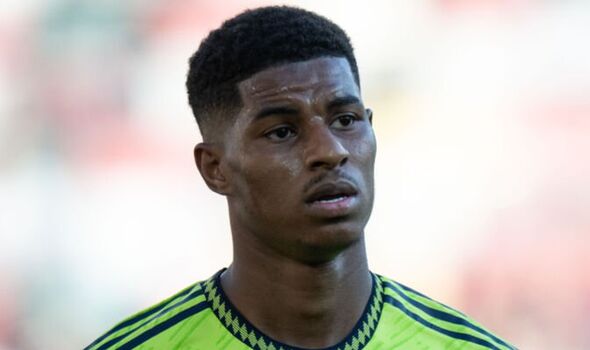 “Five years ago, if you asked me to name a captain of Manchester United, straight away I would have said Marcus Rashford, but since then he’s been up and down and I was really frustrated like so many fans.

“I remember that kid that started with [Louis] van Gaal and he was scoring goals, celebrating with the fans, like he did against Liverpool. This is the Marcus Rashford we want to see with that appetite, that anger. The fans want to see him running like crazy and every game we asked him to do it because he has the quality to do it. 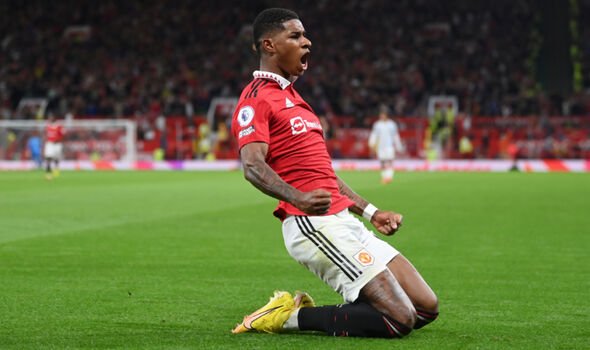 “Against Liverpool he was upfront, Ronaldo was on the bench, and he scored. This has to massively boost his confidence. It means Ten Hag trusts him. Any manager who comes to the club will believe in Marcus Rashford. Will he use him on the left, the right or through the middle like against Liverpool, maybe that’s the position he wants to play? He must have a discussion with Ten Hag, but what a player.”

Rashford’s previous stance that he wants to remain at United may still be the case, as the academy graduate reiterated the idea that he wants to stay at Old Trafford. “[I’m] 100 per cent [committed]. For me that’s a non-negotiable,” Rashford told Sky Sports ahead of the win over Liverpool.

“For me, I have always wanted to be at Manchester United for as long as possible and be competing for trophies at the club. Hopefully we can get back to doing that and it’s something that I’m definitely pushing to do.”