Manchester United star Cristiano Ronaldo refused to take a selfie with a fan who ran on the pitch at full-time as the Red Devils got their first Europa League points of the season in their 2-0 win over Moldovan side FC Sheriff on Thursday.

Ronaldo and Jadon Sancho got the goals as United won away from home, but at full-time the 37-year-old was met by a fan who had ran onto the pitch and attempted to get a selfie with the Portuguese forward, but he was turned down by Ronaldo.

The five-time Ballon d’Or winner was exiting the pitch following his side’s win when he was approached by the fan, who he tried to push away before security arrived and took the pitch invader away from Ronaldo, with the fan clearly devastated he was unable to get his selfie with the United forward.

Ronaldo got his 699th club career goal against Sheriff from the penalty spot, when Diogo Dalot was tripped inside the box as he attempted to latch onto a through ball. Ronaldo took the ball and struck straight down the middle before peeling away to the corner to celebrate with his team-mates. 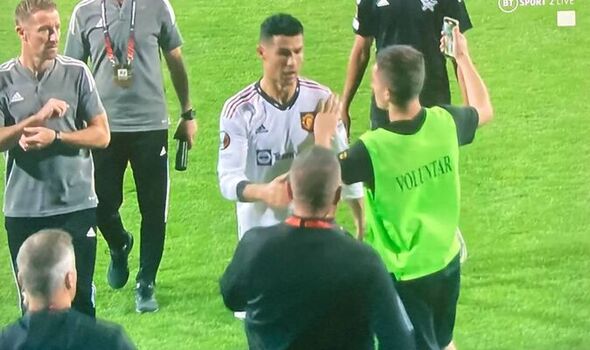 BT Sport pundit Owen Hargreaves claimed that Ronaldo’s goal tally is “insane” and explained how the striker had to adapt his game as he deputised for the injured Marcus Rashford. “Insane, 699 goals is insane,” Hargreaves said. “He’ll want to score a couple of hundred more if he can keep playing.

“They kept a clean sheet, he got on the scoresheet. With Dalot, a great passer of the ball, they’ve got [Christian] Eriksen, Bruno [Fernandes], Jadon there’s plenty of firepower there if he just stays high and gets in the box, he’ll get the service. He had to drop deeper to get in the game, they don’t need that, they need him to stay high and the chances will be there.” 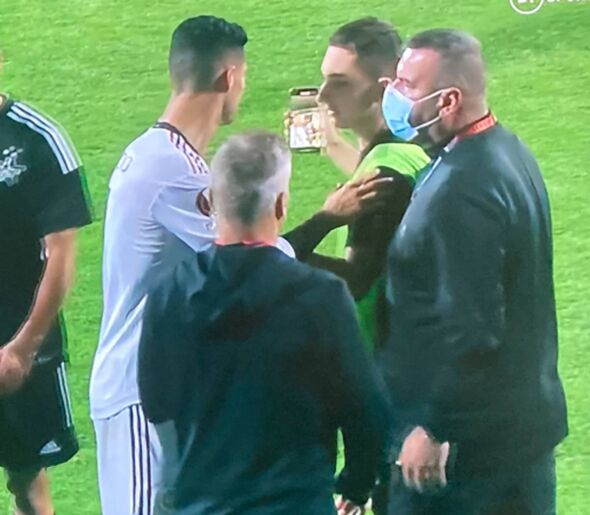 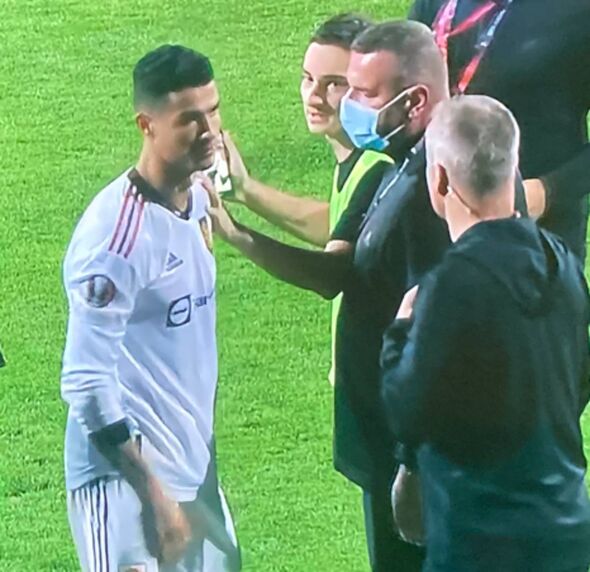