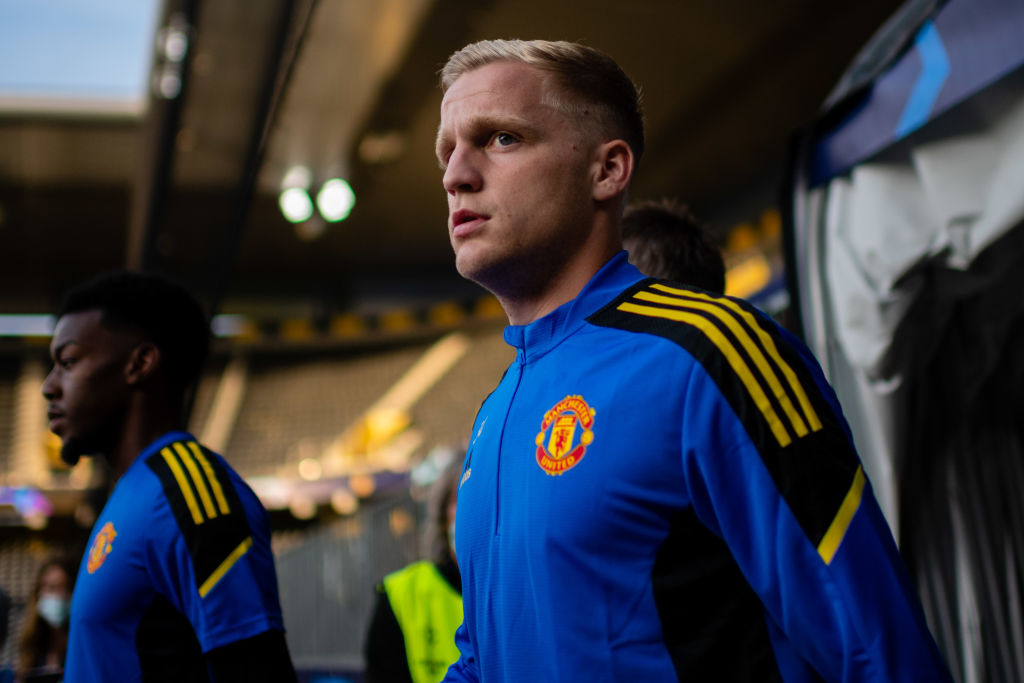 Donny van de Beek will look to find a new club in the January transfer window as his frustrations over being left out of the Manchester United first team grow.

The Dutchman was visibly furious on Wednesday night as he was left an unused substitute during the 2-1 Champions League victory over Villarreal at Old Trafford.

As the Red Devils pushed for a winner, Ole Gunnar Solskjaer understandably turned to Edinson Cavani and Jesse Lingard, but also chucked on Fred and Nemanja Matic while Van de Beek remained sat down.

United did pick up the win with a last minute Cristiano Ronaldo goal, but the Dutchman remains unhappy and it seems that he has reached breaking point.

He has started just two games this season, one in the Carabao Cup and the other in the Champions League, with both matches ending in defeat.

In the Premier League, the midfielder has played just five minutes from the substitute’s bench, remaining an unused sub in the other five league games.

The Daily Mail now report that he will actively look for a move away from the club in January, which is likely to be a loan switch.

The 24-year-old came close to leaving Old Trafford in the summer, with a loan move to Everton being discussed, but Solskjaer convinced him to stay and seemingly promised him more game time than last season.

Speaking on Rio Ferdinand’s Vibe with Five, Van de Beek said: ‘I speak with the manager and the club about it and they were clear they wanted me to stay here.

‘The manager was really positive about me, he said: “I need you and I want you to keep you here.”

‘It’s difficult because I haven’t played one minute in the league, but he said, “what I see every day in training, I see a different Donny now.” He was really positive about me.

‘I need to trust him, if he don’t need me I think he’ll let me go. I think he has plans for me, I just need to work hard and I hope one day I can show the people what I can.’

Solskjaer has clearly not held up his end of the bargain and Van de Beek will be hoping to be playing for a different manager in January.