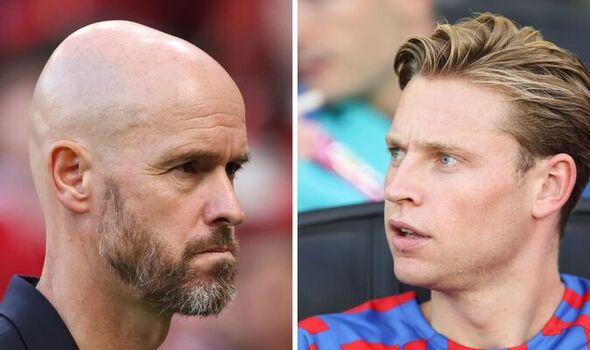 Manchester United remain confident that Frenkie de Jong does want to join the club as they continue to wait for a breakthrough in their exhausting pursuit of the Dutchman, according to reports from Spain. Erik ten Hag has spent over two months tracking his former Ajax star after launching a charm offensive for De Jong but so far, United have had no luck in their attempts to land their top target.

De Jong’s future remains unresolved for the time being with Barcelona still keen for him to agree to a pay cut as the Catalan giants look to balance the books.

The Netherlands international has made it clear on a number of occasions that he would prefer to stay at Barcelona but that hasn’t stopped United from chancing their arm.

According to Tuesday’s edition of SPORT in Spain, United are still confident that De Jong is actually open to a move to Old Trafford – despite consistently reaffirming his commitment to Barcelona.

Furthermore, the report also details that United are patiently awaiting the outcome of De Jong’s upcoming meeting with Barcelona, in which his salary will be discussed. 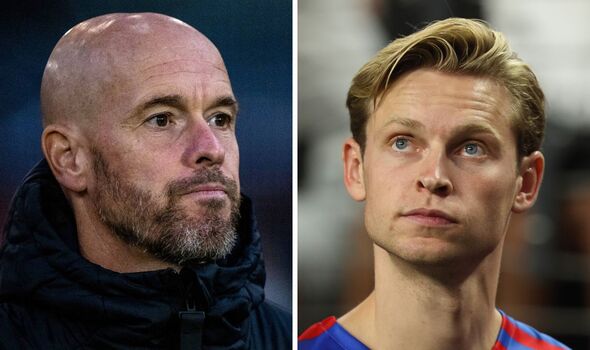 Barcelona really need De Jong to agree to a sale reduction so they can register new signings Robert Lewandowski, Raphinha and Jules Kounde.

President Joan Laporta has admitted they can’t force the player into the decision but they still remain hopeful De Jong will comply.

“All we are doing with Frenkie is the same as the rest of the squad. The signings coming in have adjusted their salary to the new structure. But Frenkie has a contract and we respect that. We can’t force him to take a pay cut. It’s his decision

“We are trying to manage the football club in a prudent and sustainable way. So we have to have these talks and we do so in a calm and considered way. We have explained the situation and are grateful to any players who can help us.

“It was the same with Ousmane Dembele and I am very grateful to him. And after months of talks, he accepted a renegotiation of his salary and he can be proud of his decision.”

When asked whether he could totally rule out a move to Manchester United, Laporta refused to offer Barcelona fans any assurances that the Dutchman will definitely be staying put.

He added: “In football, you never know. I can’t say categorically. It all depends on the different parties.

“But in principle, I can say there is a strong possibility he stays, and I can say as president I will do my best for him to stay at Barcelona.”

Chelsea are believed to be the frontrunners for De Jong should he opt to leave Barcelona as they can offer Champions League football.

The Blues are continuing to monitor the situation from the outside and a late move cannot be ruled out, should Barcelona be forced to sell.