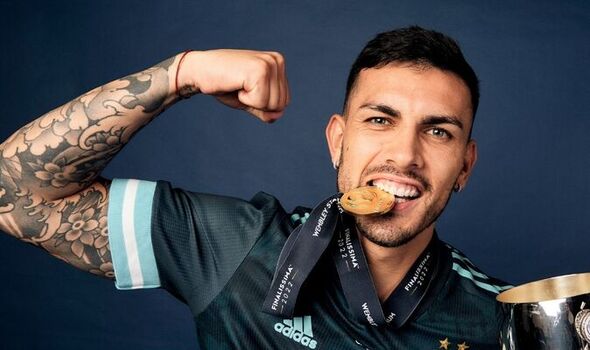 Manchester United are in talks to sign Leandro Paredes from Paris Saint-Germain in a shock transfer swoop for the midfielder, according to reports. The Argentina international is expected to depart the Parc des Princes this summer following the departure of Mauricio Pochettino and initially, a return to Italy looked to be on the cards.

However, it now seems like United are keen on exploring a move for the 28-year-old, who has been capped 44 times by his country.

Paredes is expected to make Argentina’s World Cup squad but a new challenge in the Premier League could now await him before Qatar.

According to Sky Italia journalist Angelo Mangiante, talks are ‘ongoing’ between United and PSG over a deal as Erik ten Hag looks to up the ante in pursuit of new additions. 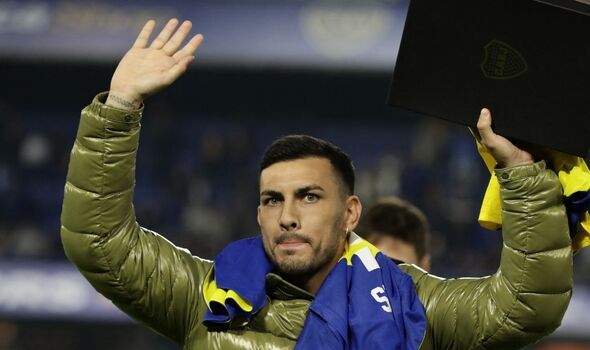 Reports emerged on Sunday morning crediting United with enquiry for the former Roma and Zenit man but it appears their interest is a little further along the line.

Parades has two years left on his contract in the French capital but United look ready to explore a move that could see him switch to Old Trafford in the coming weeks.

It’s understood PSG are looking for around £30m in order to agree to a sale.

The Ligue 1 champions are keen to shift a number of players from their books before the start of the new season including Gini Wijnaldum and Mauro Icardi.

Meanwhile, Ten Hag is seemingly growing frustrated with the lack of progress in the transfer market after only landing one new signing to date in the form of left-back Tyrell Malacia.

Talks remain ongoing for Frenkie de Jong but Barcelona are continuing to hold firm and they are expected to keep the Dutchman barring any dramatic changes.

Paredes is seemingly one of the alternative names under consideration and he could fit into one of Ten Hag’s box-to-box roles.

Scott McTominay will be staying put while Fred will also be looking to provide further competition in the engine room.

James Garner could also stay at Old Trafford as he gets the chance to impress his new manager in pre-season following his excellent stint with Nottingham Forest.

Christian Eriksen is also expected to provide a welcome injection of quality.

The Dane is set to sign a three-year contract with United after undergoing a medical.