Manchester United have been handed a boost in their pursuit of Aston Villa star Jack Grealish as team-mate Frederic Guilbert has predicted the talented midfielder will go to a “big club” in the summer transfer window. United boss Ole Gunnar Solskjaer is looking to continue his overhaul of his squad at the end of the season, as he looks to strengthen several areas of his team.

Injuries this season has left his small squad stretched at times and one player the club have been linked as a result is Villa’s talisman.

Grealish is having a fantastic season for Villa despite being in the midst of a relegation battle with the club – they are currently 19th in the table on 25 points and are two points from safety.

However, the 24-year-old has still managed to score nine goals and provide seven assists in 30 appearances in all competitions.

This form, along with his versatility makes Grealish an attractive option to other teams, even if Villa do manage to stay in the Premier League. 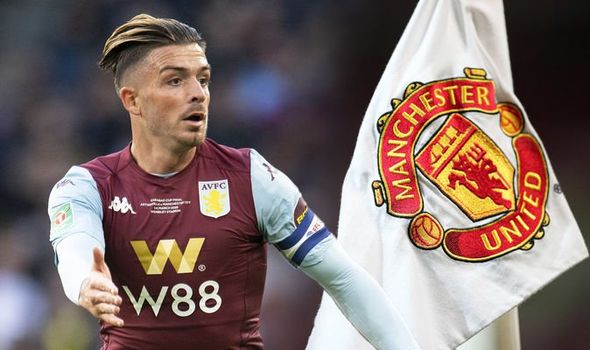 And Guilbert thinks the England Under-21 international is likely to leave Villa Park at the end of the season.

“I think he has the ability to go to a big club this summer.

Grealish’s form could see him included in Gareth Southgate’s squad for Euro 2020 as the England manager considers his options with several key players currently injured.

Southgate not only has the issue of who he will pick up-front but also faces issues in midfield, with Chelsea’s Callum Hudson-Odoi a possible doubt as he has been nursing a hamstring injury.

The 19-year-old has only made 17 appearances in the Premier League this season and hasn’t been included in Frank Lampard’s matchday squad for the Blues’s last five games.

Grealish’s versatility could also benefit him as while he is mainly used as a left-winger, the youngster can also play in central midfield too. 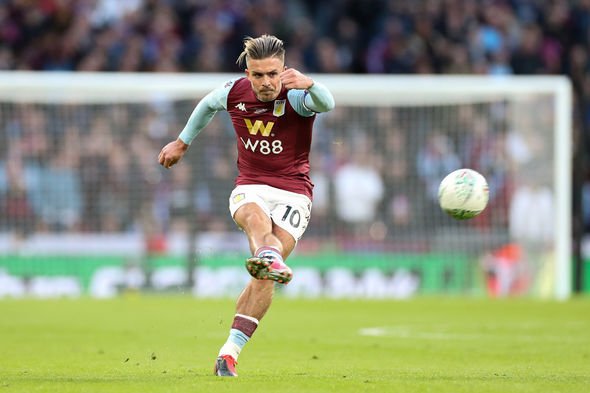 He signed a new £50,000-a-week five-year deal with Villa last year, but United are willing to offer the youngster a contract worth £150,000-a-week if he agrees to make the switch to Old Trafford.

And according to the Mirror, United are lining up a £60million bid to land Grealish in the summer.

However, United are not the only team interested with Manchester City and Liverpool also keen on the player.

Villa lost 2-1 to City in the Carabao Cup final last weekend and after the game Grealish insisted he hopes the fighting spirit they showed can help the club in their remaining games of the season.

“We showed great fight out there and towards the end, I thought that we probably could have come away with something,” he said.

“Credit to the lads, we left everything out there and it will give us a lot of belief going forward.”