Erik ten Hag could make three major changes to his Manchester United side when Liverpool visit Old Trafford on Monday night. The northwest rivals are still searching for their first Premier League win of the season, with Liverpool drawing their two openers and United tasting defeat in both.

Ten Hag will be desperate to see a reaction from the hosts after the 4-0 humiliation at Brentford last time out. And it could prompt the Dutchman to make some huge calls in his team selection, handing two stars their first start of the 2022/23 campaign.

Express Sport runs through how Ten Hag could line up as he vies for his first win as United boss against the club’s fiercest rivals.

David de Gea produced one of his poorest errors in a United shirt for Brentford’s opener, and he was partly at fault for their second. But while Dean Henderson is showcasing what he can do at Nottingham Forest, the 31-year-old has no competition.

United’s intention to sign a new backup goalkeeper because the transfer deadline suggests Ten Hag wouldn’t be comfortable with Tom Heaton between the sticks. So, for now, De Gea’s place is safe, which could continue to cost the Dutchman. 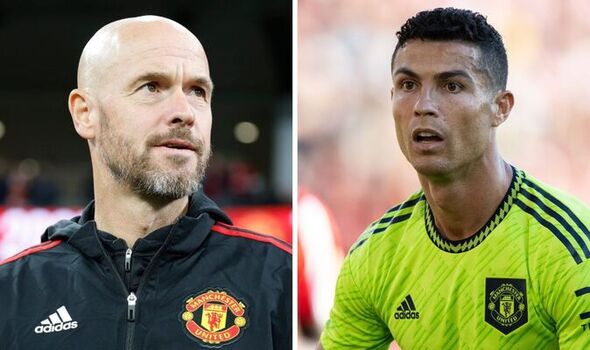 With Aaron Wan-Bissaka edging closer to the Old Trafford exit door, Ten Hag will likely stick with Diogo Dalot as his right-back. But he’s looked far from convincing in the opening two games, and Luke Shaw, set to start at left-back, has been even more disappointing.

The first of Ten Hag’s big calls will come in central defence. He’s expected to drop captain Harry Maguire for Raphael Varane after the Frenchman’s return to full fitness. Varane should partner Lisandro Martinez, despite his withdrawal after a nightmare first half at Brentford.

United have heavily featured in a 4-3-3 in possession under Ten Hag so far, but a more pragmatic approach against Liverpool could see a switch to 4-2-3-1 for extra defensive cover. That would likely see Scott McTominay return to the line-up, and after a poor start to the campaign, Bruno Fernandes could be the one to pay the price with his place.

Fred would be alongside McTominay in what could be one final hurrah for the notorious ‘McFred’ midfield partnership before Casemiro completes his £70million move from Real Madrid. Between Fernandes and Christian Eriksen in the number 10 role, it wouldn’t be surprising to see Ten Hag opt for the latter. 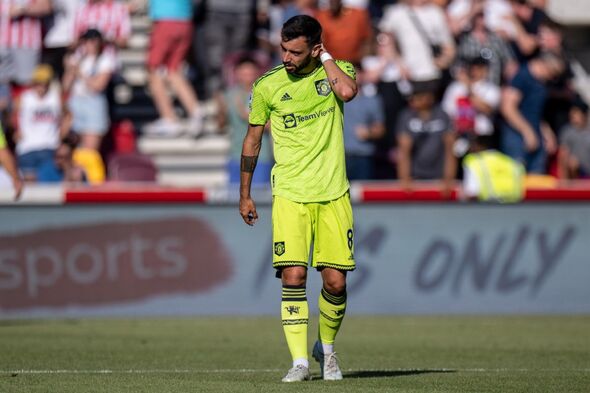 United’s lack of established attacking options doesn’t give Ten Hag much room to chop and change, but there still could be a huge change in the forward line. Jadon Sancho and Marcus Rashford are likely to be the ones tasked with facing Trent Alexander-Arnold and Andrew Robertson on the flanks.

But after a stellar pre-season, showcasing he can fit into Ten Hag’s style of play, Anthony Martial has a good chance of making his first start of the campaign after returning from injury. It would leave Cristiano Ronaldo on the bench in one of the biggest games on the football calendar as concerns about his future and fitness continue to swirl.