Manchester United have directly informed Cristiano Ronaldo that he’s not available this summer after Jorge Mendes discussed a potential transfer with Chelsea owner Todd Boehly. With Bayern Munich also offered Ronaldo’s services, United have come out with a strict stance on his future.

‘High-level’ sources at Old Trafford have told Mirror Sport that it’s been made clear to Ronaldo that he won’t be allowed to leave ahead of Erik ten Hag’s first season in charge. The Dutchman has included him in his planning for the 2022-23 campaign, and United have confirmed they expect a stay.

It was revealed on Monday that Ronaldo’s future had been touched upon during a meeting between his agent Jorge Mendes and Boehly. With the 37-year-old unsettled due to United’s lack of transfer activity after their dismal last campaign, Mendes had also spoken to Bayern about his availability.

The Red Devils are understood to be furious about the reports less than two weeks until Ten Hag’s squad fly out for their pre-season tour of Thailand, Australia and Norway. And they have reacted by assuring their new manager and Ronaldo that he will be playing in Manchester next term. 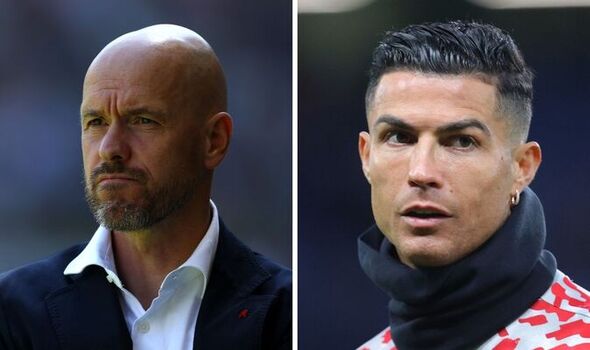