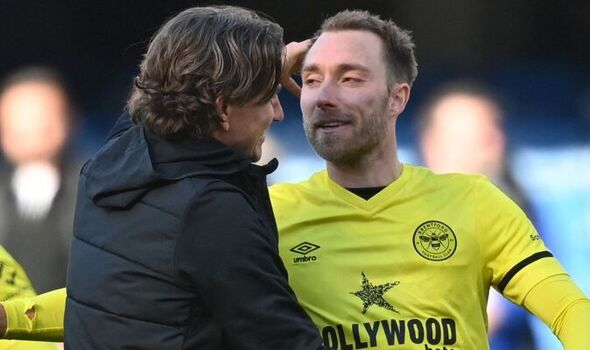 Brentford boss Thomas Frank is adamant the west London club are not giving up on the signing of Christian Eriksen just yet. The 30-year-old playmaker, who has now officially left the Bees following the expiry of his contract at the end of June is expected to sign a three-year contract with Manchester United.

Earlier this week, it’s understood Eriksen communicated his decision to both clubs as he prepares to embark on a new challenge at Old Trafford.

Nonetheless, Frank is refusing to concede defeat in the battle for the former Tottenham man’s services, even though Eriksen is now due to undergo a medical with United.

He told BT in Denmark: “Right now he’s not a Brentford player, but he’s not a player with anyone else either. It may well be that right now it looks like it’s going to be a different place than with us, but let’s see.”

Frank was then quizzed on whether Eriksen could be a Brentford player by the start of the season, to which he replied: “What am I supposed to answer to that? I have to be optimistic, but I do read newspapers. Let’s see what happens.” 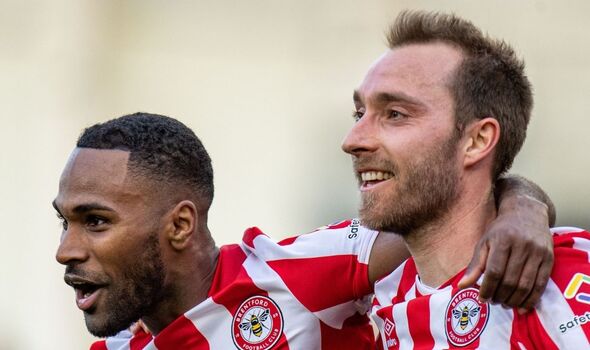 “I’m communicating with Christian, but we’ll keep that to ourselves until he’s either signed here or somewhere else,” Frank added.

“We’ve offered him a contract and he’s had to figure out what he wants to do with his life and career. So he has an offer from us, but I don’t know what else is. I assume, however, that there are offers from just about everyone else.

“I talked to him for five minutes up in the national team camp [likely in June] and we have been in dialogue since. But I have not met him in Copenhagen. We have told him our good story here, and he knows that version.”

Eriksen initially looked set to join Tottenham but Spurs failed to follow up their interest following initial discussions with his representatives.

The player was also seemingly keen to remain in the capital, having previously spent seven years with the north London club.

However, Spurs cooled their interest and have instead decided to pursue other targets – one of which is believed to be Jesse Lingard.

Their stance left Eriksen to pick between United or Brentford with the Denmark international now set to join the Red Devils.

He is expected to undergo a medical before signing his three-year contract, although he is not expected to join his new team-mates for their pre-season tour of Thailand and Australia.