Manchester United have been told that Cristiano Ronaldo will be “very angry” at Erik ten Hag’s decision to leave the five-time Ballon d’Or out of his starting lineup for each of the last four Premier League matches – and he could consider three transfer options in January. The Red Devils have won each of the games that the 37-year-old has started on the bench in, having suffered two defeats to start the season against Brighton and Brentford.

Ronaldo was linked with a move away from Old Trafford up until the final day of the transfer window, but a deal failed to materialise as the striker could not find a Champions League club willing to take on his wages. Having missed United’s pre-season tour he has since been reintegrated into the squad, but barring injuries is unlikely to get back into the starting lineup soon.

Though Marcus Rashford has missed the trip to Moldova for United’s Europa League game with Sheriff on Thursday through injury, Ten Hag’s side next have a Premier League game at the beginning of October where they face local rivals Manchester City. Ronaldo will want to start such a big game on the calendar, but former Aston Villa striker Gabby Agbonlahor believes it will be “a while” before he starts a league game and can see the legendary striker having a change of heart and consider three transfer possibilities.

“Ronaldo must be very angry at the moment at the fact he’s not starting games,” Agbonlahor told Football Insider. “Ronaldo wants to start games, he wants to score goals and wants to play in the Champions League. Everything that he wants, he’s not getting. 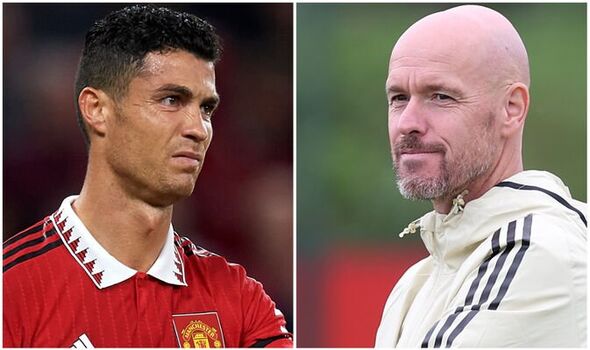 “It might come to the stage where in January and looks at the situation and thinks ‘You know what, maybe my time at the highest level is over’. It happens to everyone. Age catches up with everyone and you can’t defy age.

“He’s coming to the stage where he looks at it and thinks ‘Maybe I do go to America or Saudi Arabia or China’. Maybe it’s the time when Ronaldo looks at those options. Unless there are big injuries, he’s not going to start a Premier League game for Man United for a while.” 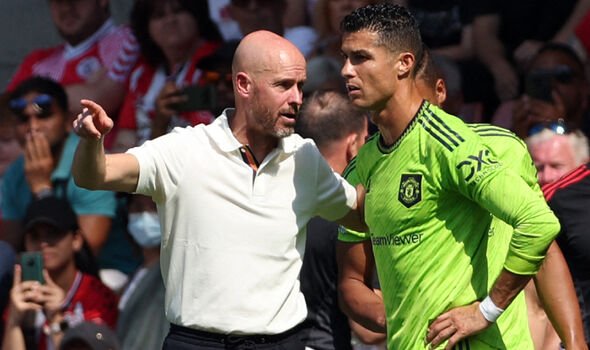 Spanish outlet Marca have claimed that Ronaldo turned down an eye-watering deal from Saudi Arabia in the summer where he would have earned £1.7million-a-week as he wanted to continue playing at the highest level.

At the beginning of the window Ronaldo reportedly asked the United chiefs to consider any serious offers for him, and there were links with Chelsea, Atletico Madrid, Sporting Lisbon and Napoli but he was unable to secure a move that would have given him Champions League football as he looks to secure his records in the competition.

Ronaldo has scored 140 goals in Europe’s top club competition and tops the list of all-time scorers, he is 15 ahead of Paris Saint-Germain star Lionel Messi.