Should Solskjaer bring back De Gea and Pogba?

Paul Pogba is being linked with a return to Juventus after his agent Mino Raiola told Italian media that he is “unhappy” at Old Trafford. It is unlikely that the Serie A side would stump up United’s asking price though, and Ian Wright has suggested a clever tactic the Red Devils could use to push a deal through.

Manchester United have been told to demand two players from Juventus in exchange for Paul Pogba, should the Frenchman return to Turin.

Pogba is being strongly mooted with a January exit from United following damning comments from his agent that he is unhappy at Old Traffor .

“Paul is unhappy at Man Utd, he can’t manage to express himself like he wants to and like people expect him to.

JUST IN: Man Utd deal for Calhanoglu ‘will happen’ with talks advanced with agent 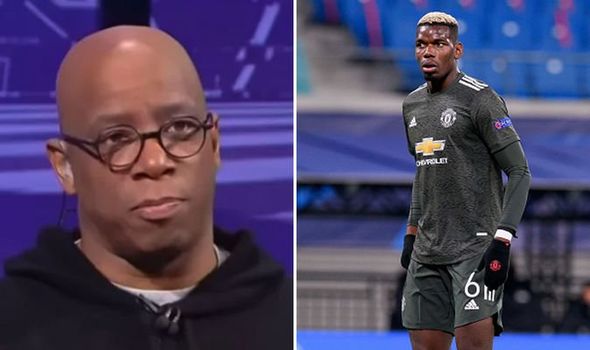 “He needs to change team, he needs a change of scenery. He has a contract that will expire in a year and a half, in the summer of 2022, but the best solution for all parties is a transfer in the next (summer) window.”

Former club Juventus, who United resigned Pogba off for a club record £89m in 2016, are one of the clubs being linked with the 27-year-old.

And Arsenal legend Ian Wright thinks that United should look to pick up two of their best, promising young centre-backs, Matthijs de Ligt and Merih Demiral, in return to solve their own woes at the back. 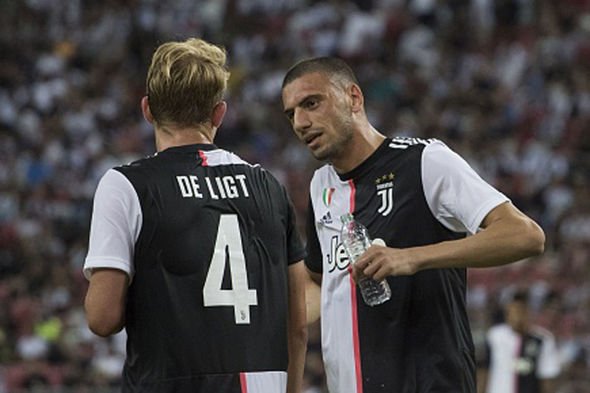 “You know what I’d do if I was United? Because it looks like they are going to sell Pogba,’ Wright said on Optus Sport’s Kelly & Wrighty Show.

“If I’m United now, I’m going in and saying, “You know what? Give us De Ligt, give us Demiral”, those kind of players. Those young players.”

Wright also gave his verdict on how he sees this weekend’s Manchester derby going down at the Etihad Stadium.

“I honestly don’t know. Because, when I look at Solskjaer, with the players he’s capable of putting out there, you’d like to think he’s going to go out and attack Manchester City and try.

“Defensively, he should try and force Manchester City out to the wings.

“Yes, [Sergio] Aguero’s in there but if you can force them outside and get them to have to put the ball in, instead of going into those little areas they like. Restrict them to that.”