Manchester United’s transfer strategy has been ridiculed after Gary Neville took a fresh swipe at the Glazer family. The Sky Sports’ pundit’s latest outburst against the controversial owners was prompted by a report suggesting Christian Eriksen was mulling over offers between Brentford and the Red Devils.

The former Inter Milan and Tottenham playmaker is a man in demand this summer after making an impressive return to football in a short-term spell with the Bees. Erik ten Hag is reportedly targeting midfielders as a priority, and the Danish international has been linked with a switch to Old Trafford.

Tottenham were also linked with a move for their former player, but Sky Sports now claim Eriksen is deciding between extending his stay with Brentford and a far more lucrative offer from United. It is a scenario that would have been unimaginable back in Neville’s time at the club, and it prompted renewed criticism against the owners who continue to take dividends.

Club shareholders are set to receive a total payout of £11million on Friday in a move which has been criticised during United’s struggles on the pitch. The Manchester Evening News claim that out of £10.7m of last year’s dividends, the Glazers received the lionshare with £8m. 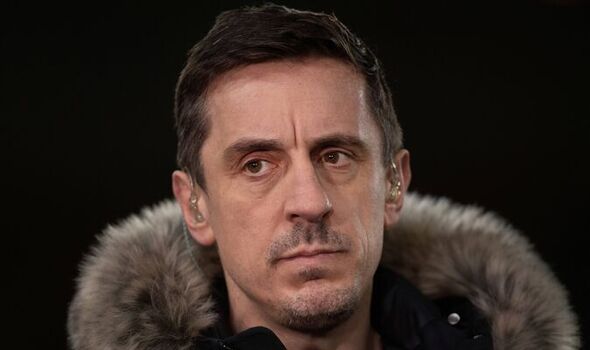 The Glazers tenure at Old Trafford has been heavily criticised in recent years, with fan protests calling for a change of ownership and club debts spiralling to almost £500m. Neville believes dividend payments should be suspended while investment is required in the playing squad and in the stadium, and claims the Red Devils has now become a ‘graveyard’ for players.

Neville posted on Twitter: “That’s why dividends have to stop for a period. Every penny has to go back into the club until it becomes attractive again.

“The club has become a graveyard for players. Culturally for owners to take [money] out of a poorly performing business is demoralising!”

United and Chelsea are the only two ‘Big Six’ clubs yet to make a senior signing this summer, although the Blues have just undergone a takeover. Ten Hag has reportedly been handed a transfer budget in excess of £100m to reshape a squad that faded badly last season and missed out on a top-four finish. 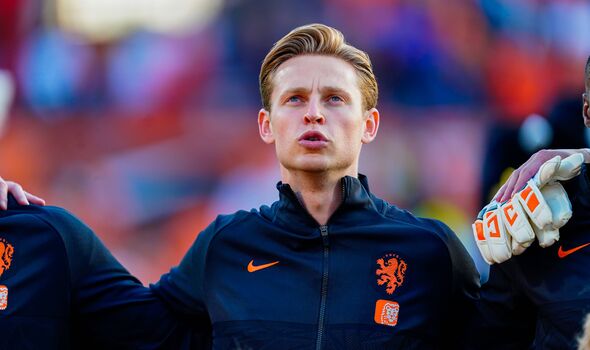 Frenkie de Jong is said to be the United manager’s’ priority target, with the pair previously enjoying working together at Ajax. Barcelona’s financial troubles have opened the door to a prospective deal, but the clubs are still reportedly some way apart in their valuation of the Netherlands international.

Ajax star Antony is also said to be keen on a reunion with Ten Hag, but the sales of Ryan Gravenberch and Sebastian Haller mean the club are not under any pressure to cash in on another asset. Lisandro Martinez and Jurrien Timber have also been linked, while a host of underperforming first-team stars are expected to be ushered towards the exit doors.