Manchester United’s resolve to keep Cristiano Ronaldo this summer has reportedly been strengthened by the club’s sponsors. Ronaldo wants to leave United and has not travelled with the squad on their pre-season tour to Thailand, but the club are standing firm in their stance that he is not up for sale.

The 37-year-old forward, who is officially excused from the trip to Bangkok due to ‘family reasons’, has one more year left on his contract. He has grown frustrated by United’s lack of progress in the summer transfer window and wants to move to a club where he can play Champions League football next season in order to further his legacy in the competition.

However, The Mirror reports that he is unlikely to be granted his wish. United are a huge commercial entity and the club’s headline sponsors are so desperate to keep hold of one of the world’s most famous athletes that they are putting pressure on club chiefs to block a transfer exit for Ronaldo.

The report states that their request carries weight because some sponsors are believed to have helped in financing Ronaldo’s £500,000 per week wages following his blockbuster return from Juventus last summer. Those wages represent another stumbling block for the Portuguese star because they limit the number of potential destinations should United change their mind. 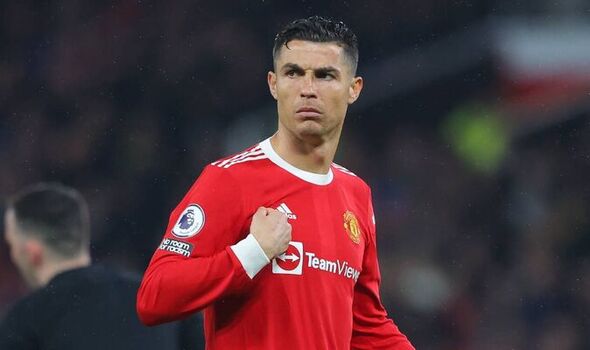 Ronaldo’s agent, Jorge Mendes, has been tasked by his client with finding a suitor, but there are not many sides who could afford to pay his wages. Paris Saint-Germain are reportedly not interested, having signed Kylian Mbappe up to a monstrous new contract, while Bayern Munich have a contrasting transfer policy and Napoli don’t have the money to back up their reported interest.

Chelsea appear the most likely option following Todd Boehly’s takeover, while a move back to boyhood club Sporting Lisbon would only happen on romantic merit, not for financial gain. 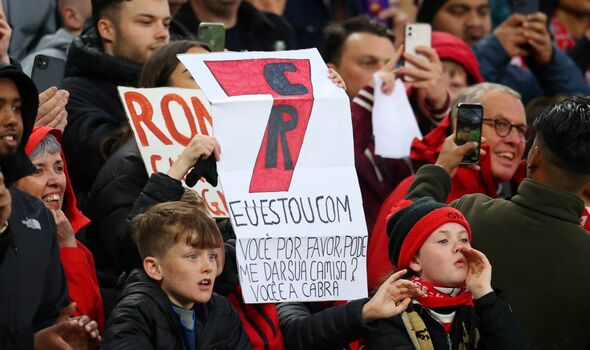 Despite the noise, United chiefs are understood to be relaxed about the situation and are still expecting Ronaldo to meet up with the squad later in their pre-season tour of Thailand and Australia. He will miss Erik ten Hag’s first friendly, against Liverpool on Tuesday in Bangkok, however.

United have so far only made one signing in the summer transfer window, with Tyrell Malacia joining in a £13million move from Feyenoord. Although Christian Eriksen appears set to move to Old Trafford, there is frustration on other fronts. Barcelona are still playing hard ball in negotiations for Frenkie de Jong, while Ajax have slapped huge price tags on Lisandro Martinez and Antony, who have both been personally requested by Ten Hag.