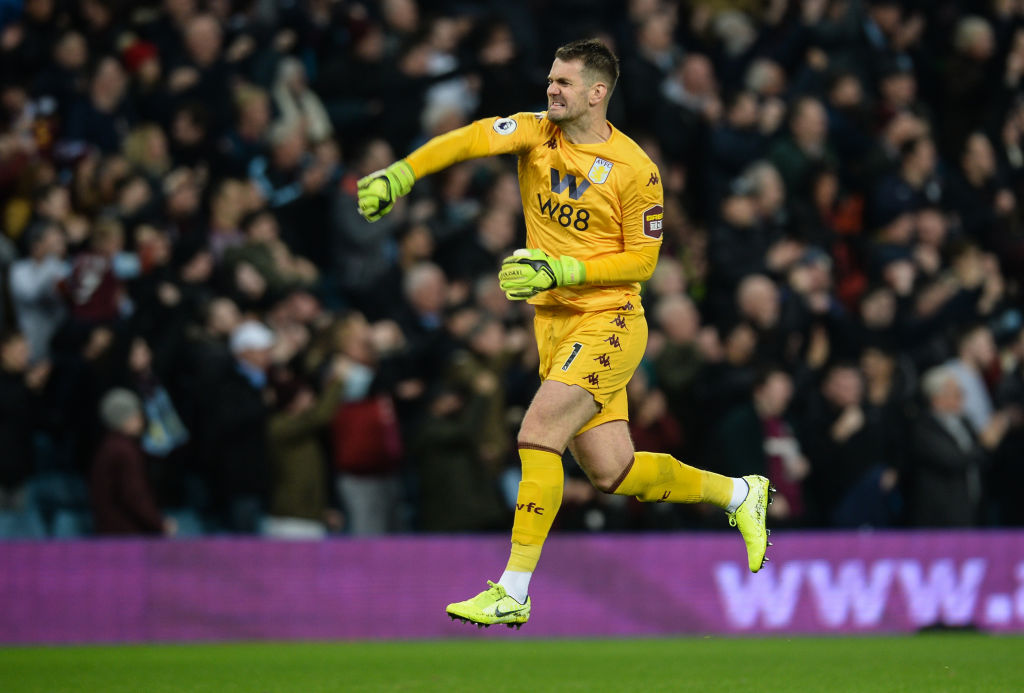 Manchester United have agreed a deal to bring goalkeeper Tom Heaton back to the club on a free transfer, with his contract at Aston Villa expiring at the end of June.

Heaton spent eight years as a Manchester United player from 2002-10, although he never made a first team appearance for the club, spending much of that time out on loan, before finally leaving on a permanent deal when he signed for Cardiff City.

The 35-year-old is now set for a somewhat unlikely return to Old Trafford 11 years after leaving the club and will act as back-up for David De Gea and Dean Henderson, who are competing for the gloves in the first team.

The Mirror reports that talks have been going on for weeks between Heaton and the Red Devils but a deal has now been struck and he will rejoin the club when his Villa contract expires on 30 June.

Heaton’s time at Villa started promisingly as he made 20 Premier League appearances in the 2019/20 season after signing from Burnley, but a serious knee injury, followed by the arrival of Emiliano Martinez meant that he has not played in the league at all this season.

It was at Burnley that the ‘keeper really made his name, making 200 appearances for the Clarets and earning three England caps thanks to his impressive performances.

A widely-respected performer, he will be seen as a positive influence at Manchester United, even if he is unlikely to play many, if any, first team games.

Villa manager Dean Smith was asked about Heaton’s future earlier this month but offered little by way of an update.

‘Tom’s contract is up at the end of the season, as we know,’ said Smith.

‘As far as I am aware he is in negotiations with Johan Lange, our sporting director. It is a private conversation at the moment between them.’