Manchester United and Arsenal are ‘looking to bring Roma’s Tammy Abraham back to the Premier League’ but may struggle to persuade his agent who ‘pockets £345,000 EVERY transfer window that the England striker stays’

Manchester United and Arsenal have both shown interest in bringing Tammy Abraham back to the Premier League, though they may struggle to persuade both the player and his agent.

The 24-year-old striker has enjoyed life under Jose Mourinho in the Italian capital, bagging 27 goals in 53 games as Roma won the inaugural Europa Conference League.

He had enjoyed a promising start to his career in England before leaving Chelsea due to a lack of playtime and has already scored 90 goals in English football. 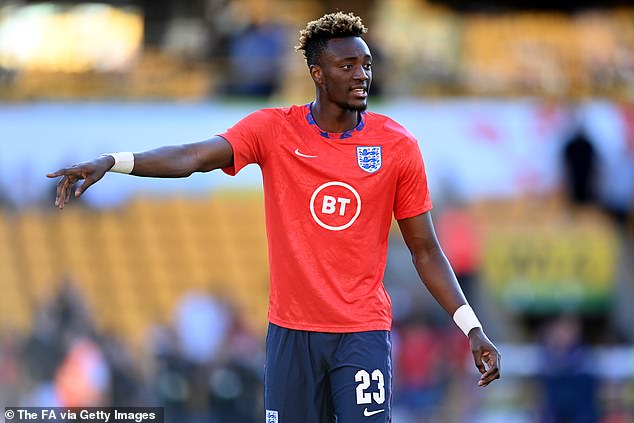 Abraham broke into the England set up in 2019 and has three goals in 11 international games, although all three came in heavy England wins.

According to reports in Corriere Dello Sport, Abraham is happy in Rome and does not want to leave.

They also reported his agent Neil Fewings receives £345,000 for every transfer window Abraham stays at the club.

Abraham would be a handy investment for United with doubts around Edison Cavani and Cristiano Ronaldo’s long term futures.

Arsenal have been heavily linked with Gabriel Jesus, but should that fall through the Gunners will also be in need of a new striker as they look for a focal point ahead of their exciting midfield.

Chelsea have not expressed interest in resigning Abraham yet but they will be able to resign him for £69m in 2023 by activating a buyback clause in his contract.