Manchester United coach Warren Joyce told Paul Pogba that Scott McTominay was better than him after his world-record move from Juventus, it has been claimed. Pogba re-joined United in 2016 for £89million, but was met with a cheeky message about McTominay.

Pogba joined United after a spell at Juventus from 2012 to 2016, only returning after the Red Devils forked out a world-record fee.

The Frenchman had come through the academy at Old Trafford before leaving for Turin after a lack of game time.

When he returned, however, he was met by United under-23 coach Joyce, who coached Pogba during his time in the youth team.

After some pleasantries, Joyce allegedly joked he felt United were wasting their time breaking the world transfer record to sign him. 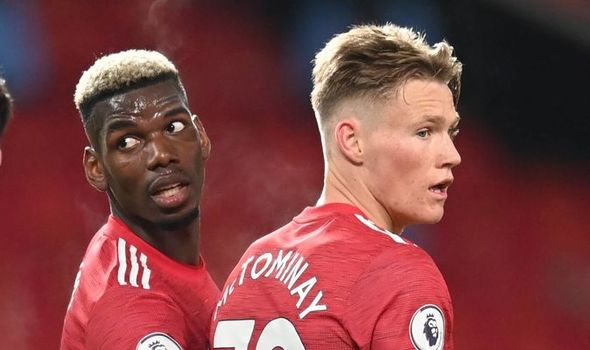 Joyce said, according to the Manchester Evening News: “We’ve got someone better than you anyway. Bigger, stronger, fitter, nastier, hungrier.”

That prompted a curious Pogba to reply: “Who? Who? Who?” Before Joyce said: “Scott McTominay.”

Pogba then apparently laughed and replied: “Little Scotty?” Having remembered the young teenager as a scrawny player, much smaller than he was.

McTominay was just 15 when Pogba left for Juventus, but underwent a huge growth spurt while the Frenchman was away.

Now, he stands at 6ft 3in tall, and has grown into one of the most talented young players to come through the ranks at United in recent years.

The Scot, 21, captained the club in the FA Cup earlier this season and has been a constant fixture in Ole Gunnar Solskjaer’s side.

He’s started 15 Premier League games this season, playing a total of 31 games across all competitions. 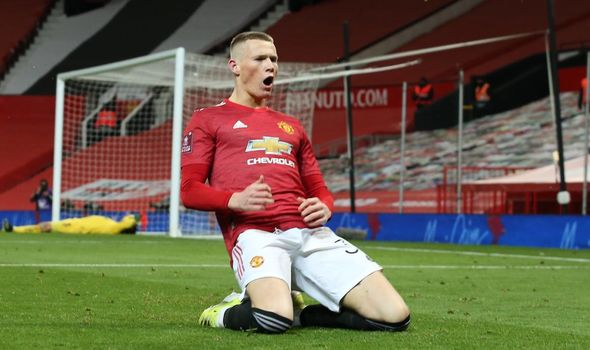 McTominay’s performances this season even earned him comparisons to Chelsea icon Frank Lampard.

Dimitar Berbatov explained that McTominay’s goal against West Ham, when he ran into the box late to drill the ball into the bottom corner, was reminiscent of one of Lampard’s trademark moves.

“‘His goal against West Ham in the cup reminded me of the kind of goals that Frank Lampard would score, coming late into the box and smashing it into the net with a great finish.”