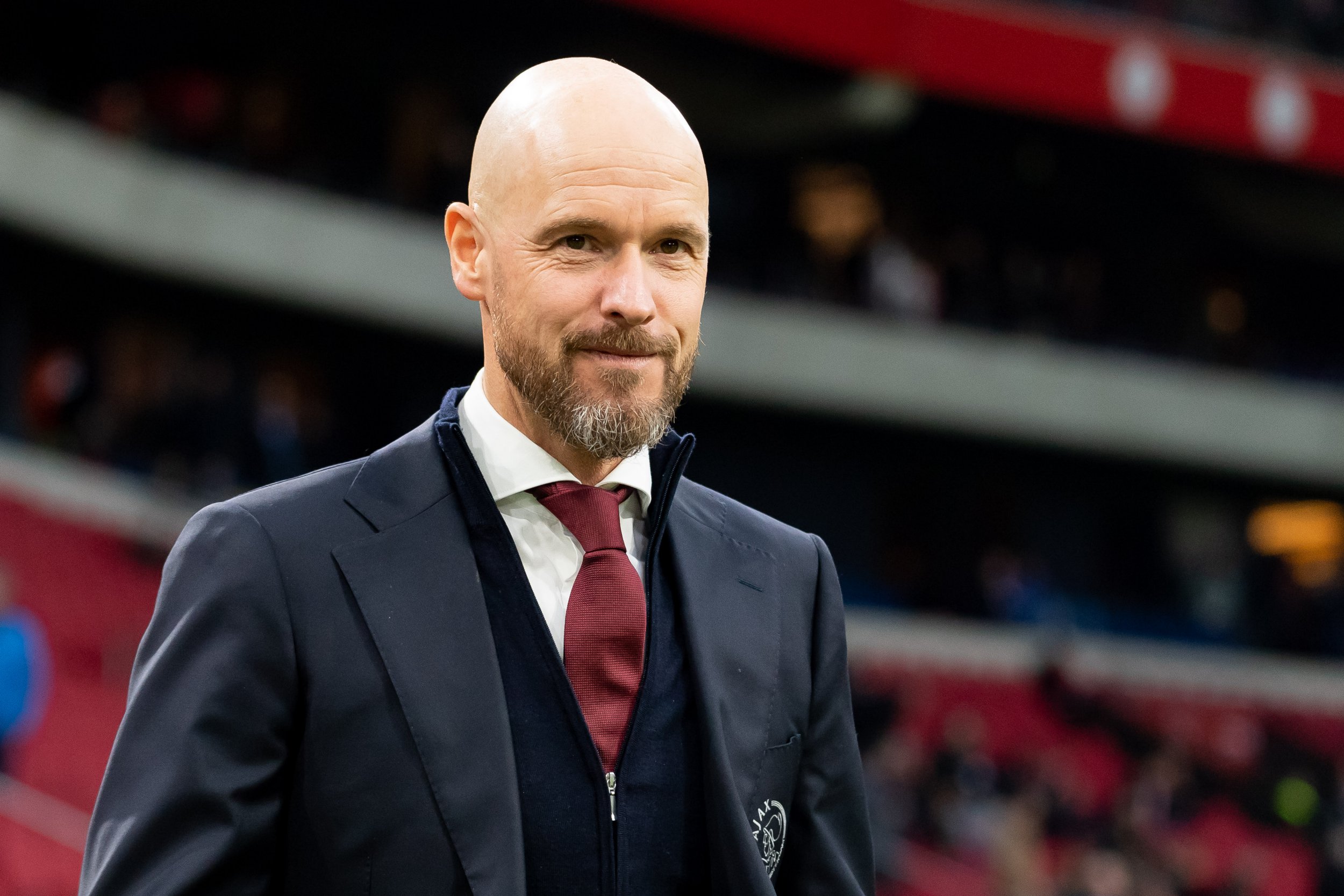 Manchester United have confirmed the appointment of Ajax boss Erik ten Hag on a three-year deal, with the option of a further 12 months.

The Dutchman beat the likes of Mauricio Pochettino and Luis Enrique to the job at Old Trafford, after impressing the club’s board during the interview process in March.

Ten Hag, 52, has guided Ajax to two Eredivisie titles since taking charge in Amsterdam in 2018 and they’re on course to win a third this term.

His biggest achievement to date is guiding Ajax to the Champions League semi-finals in 2019, where they beat Juventus and Real Madrid before a gut-wrenching defeat to Tottenham in the second-leg of the semi-finals.

‘It is a great honour to be appointed manager of Manchester United and I am hugely excited by the challenge ahead,’ said Ten Hag.

‘I know the history of this great club and the passion of the fans, and I am absolutely determined to develop a team capable of delivering the success they deserve.

‘It will be difficult to leave Ajax after these incredible years, and I can assure our fans of my complete commitment and focus on bringing this season to a successful conclusion before I move to Manchester United.

Ralf Rangnick has taken interim charge of the Red Devils since Solskjaer’s sacking but he’s failed to turn the side’s fortunes around, with Champions League qualification appearing unlikely this term.

The German is set to take on a two-year consultancy role this summer, though the specific details of his role are unclear.

Ten Hag has operated under one of the most revered structures in world football during his time at Ajax but United have been widely criticised for their lack of know-how at board level in recent years.

The club have tried to rectify that with the appointment of Darren Fletcher and John Murtough into senior positions in the last 12 months but one of Ten Hag’s key demands during negotiations was to have the final say on recruitment, both in and out.