In any other season under Ole Gunnar Solskjaer, this may not have been viewed as a particularly bad result in the grand scheme of things. If finishing in the top four and qualifying for the Champions League still qualified as a respectable achievement, then a point at home to a well-drilled Everton would be excusable.

This season, however, Manchester United are no longer in the business of ‘not bad’ results. This season, there are no excuses.

The summer’s spending and return of Cristiano Ronaldo has raised expectation levels at Old Trafford that Solskjaer and his players are currently struggling to meet. This was another altogether unconvincing performance, the third in three successive home games, and no Ronaldo late show to save the day.

Instead, Ronaldo – named as a substitute by Solskjaer, rather than a starter – was the first down the Stretford End’s tunnel after United dropped Premier League points for the third time in seven games. It is not title-winning form, particularly when the favourable schedule is taken into account.

All that changes from here, however, on a run which sees Leicester, Tottenham, Liverpool and Manchester City in the next four. All four will stand an excellent chance of beating United if they are as organised and as sure of their strategy as Everton.

Andros Townsend’s second-half equaliser continued their fine start to the campaign under Rafael Benitez, which they maintained despite a particularly acute injury crisis, and it was no less than they deserved for their response to Anthony Martial.

On the journey back to Merseyside, they will wonder whether on another day they would be leaving with more. Yerry Mina’s late goal, ruled out for offside, was a let-off for United.

Solskjaer may point to mitigating factors, having made sure to note that his side were playing less than 72 hours after the dramatic late win over Villarreal in midweek. The quick turnaround was behind his surprising team selection. Paul Pogba and Jadon Sancho joined Ronaldo among the substitutes.

Martial was the most surprising beneficiary of those changes, drafted in on the left-wing, and might have handed United an early lead had he not headed Aaron Wan-Bissaka’s lofted far post cross wide.That was the brightest moment of a bright start by United but Everton would come into the contest. 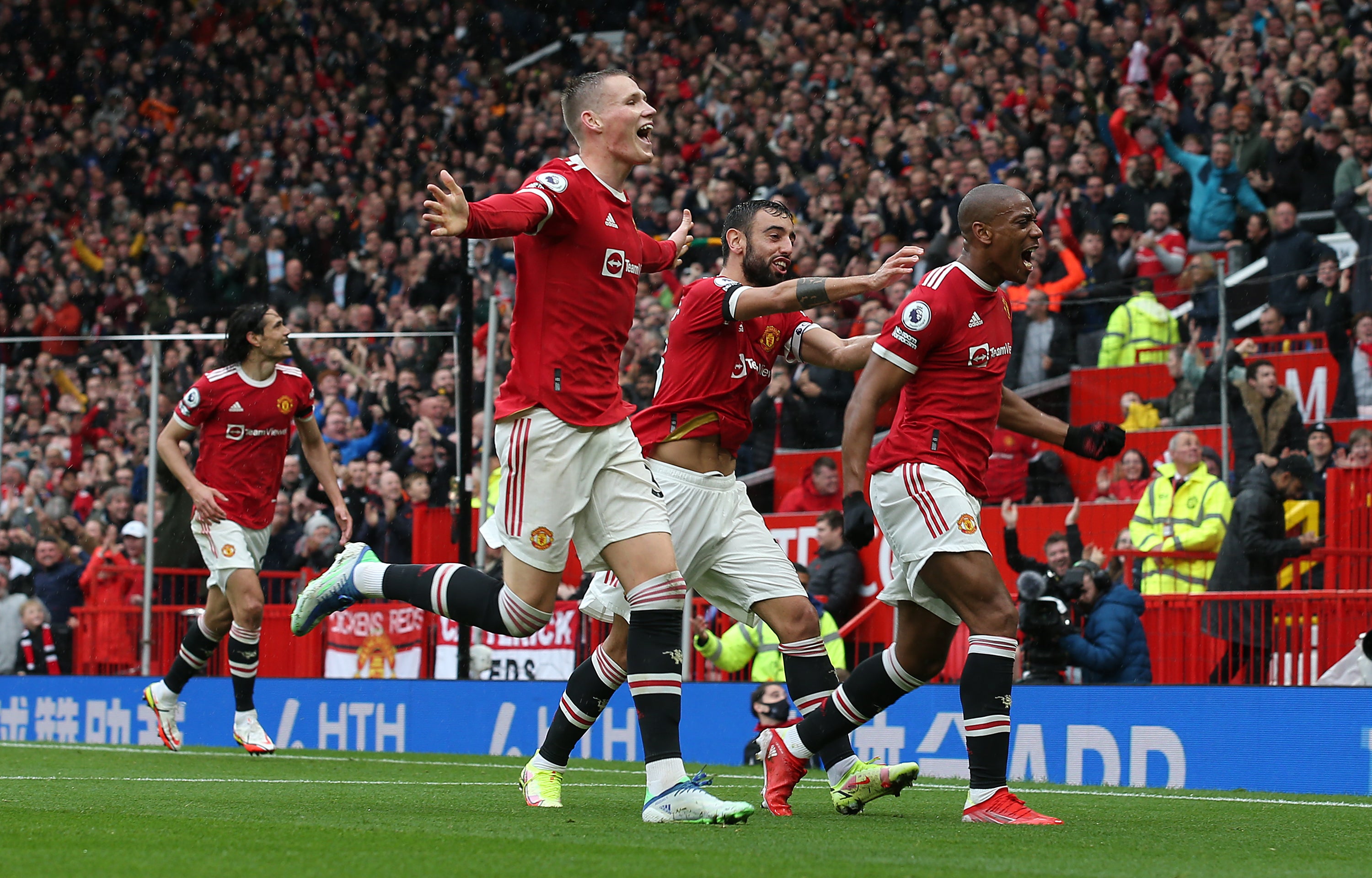 Manchester United celebrate their first half goal in the Premier League

When Wan-Bissaka and Victor Lindelof both gambled on aerial duels they could not win in quick succession, Salomon Rondon was allowed to run in behind unopposed. Solskjaer was relieved on two counts: first, to see the Venezuelan’s shot hit straight at David de Gea and then to see the offside flag raised. 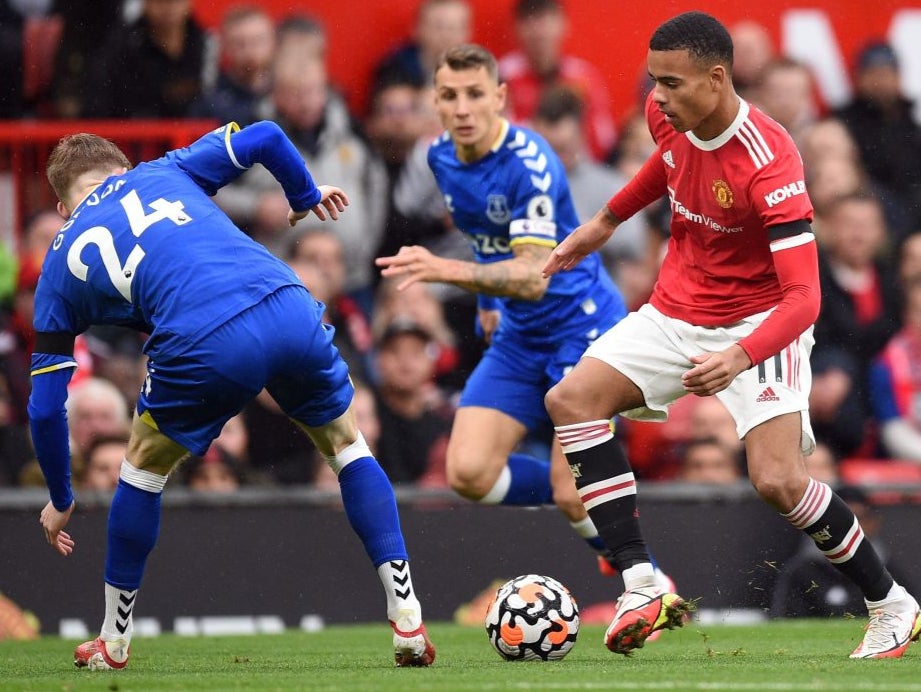 Everton were just about edged the remainder of a tightly-contested half, the best of several opportunities falling to Townsend at close range from an Anthony Gordon cross, but the story of United’s season to date is that they are their most dangerous when second-best. A fine low save by Jordan Pickford was enough to deny Edinson Cavani’s goal-bound header after the half hour but he could not protect his clean sheet all the way until the interval.

It was a fine goal, fashioned out on the right but finished on the left. Mason Greenwood’s wide positioning and neat interplay with Scott McTominay dragged the Everton defence over to their side of the pitch, allowing Greenwood to then step inside and switch the play. Bruno Fernandes’ deft touch and delayed pass set up Martial, who had been left totally unmarked, for a sweeping finish. 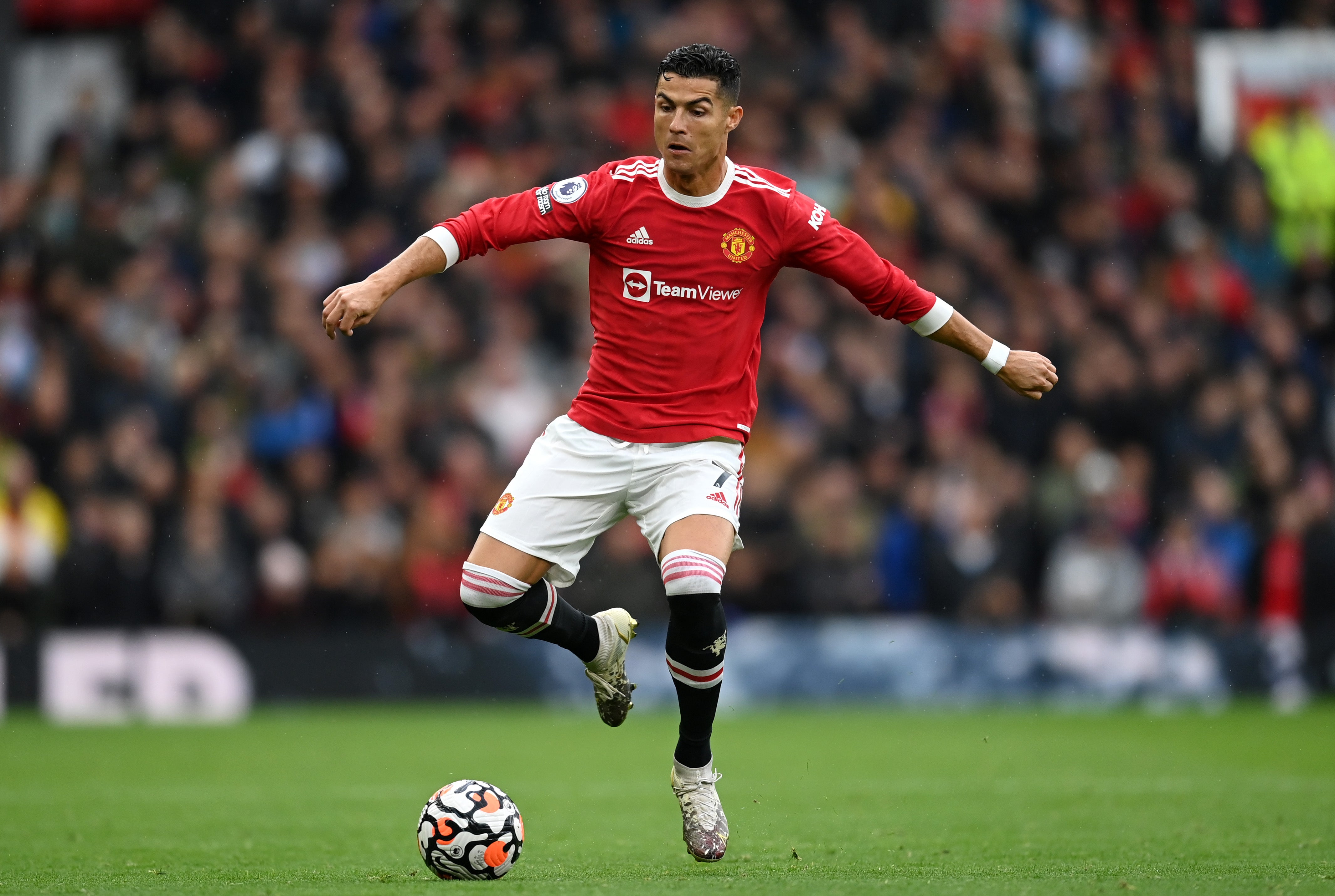 Cristiano Ronaldo was brought on in the second half

Solskjaer takes enough criticism for United’s predictable attacking play and so should get credit when it is due for a well-worked team goal.

There are evidently plenty of other areas in which this side could improve, though, not least defending in transition. Villarreal ripped United open repeatedly during midweek only to spurn next to every opportunity. Townsend and Everton were not going to make the same mistake.

A United corner resulted in an Everton goal. That should have been difficult for Benitez’s side to achieve but his players broke up the pitch with alarming ease. 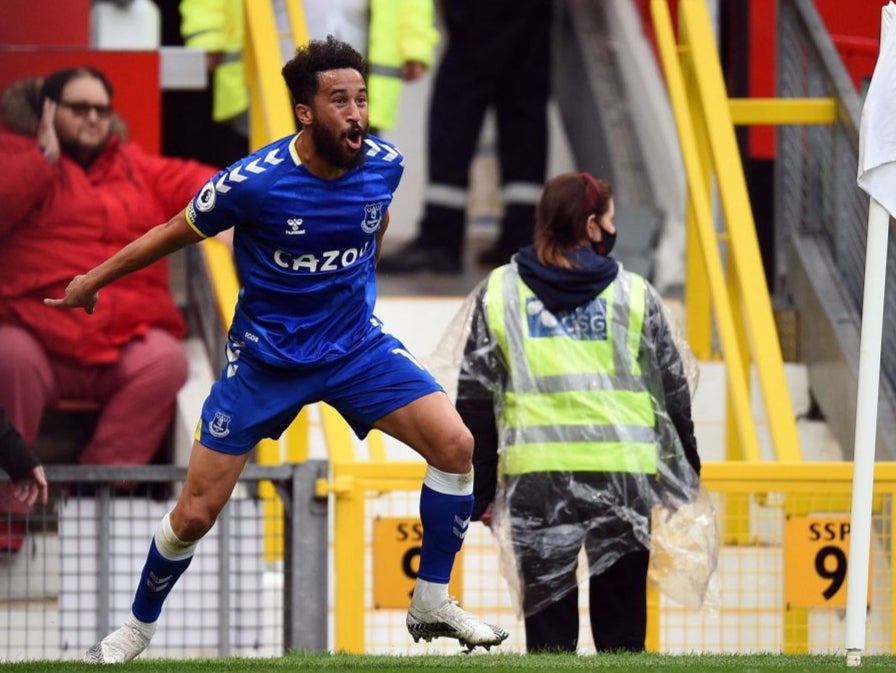 Gray’s role was pivotal, muscling Fred away from a loose ball by the left-hand touchline and feeding Abdoulaye Doucoure. A step around Luke Shaw’s attempted challenge allowed him to slip in Townsend. De Gea did not move to stop the shot, drilled low into the left-hand corner.

It was time for Solskjaer to call on the cavalry. The only problem? They were already there. ,

Ronaldo and Sancho had been introduced before Townsend’s equaliser. Pogba was quickly thrown into the mix. Aside from one shot wide from a narrow angle by Ronaldo and a Pogba curler at range, their impact was minimal. Everton, meanwhile, continued to pose a threat on the counter-attack and would have the ball in the net before the final whistle.

Yerry Mina believed that he had given his side only their third Old Trafford win of the Premier League era by tapping in Tom Davies’ slide pass after United failed to properly clear a corner. Solskjaer’s player vehemently disagreed and got the VAR overturn that they were seeking. Mina had strayed marginally ahead of the ball before receiving the pass.

If Davies had instead chosen to shoot, it may have been a very different story and, for United, an even worse result.