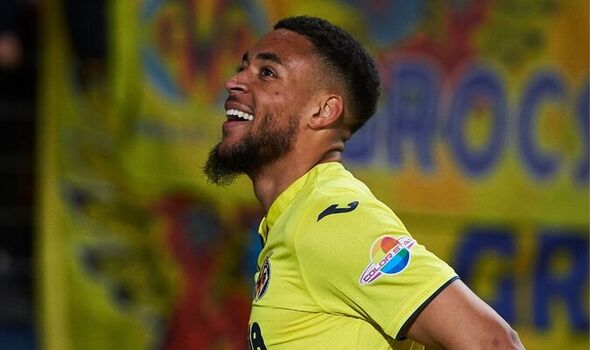 Manchester United’s scouting department will get the perfect chance to watch one of their reported transfer targets up close tonight when Villarreal visit Anfield. The Red Devils sent delegates to Spain earlier this month to watch Arnaut Danjuma in action and the Dutch winger did not disappoint.

In fact, he proved to be the all-important match-winner as Villarreal secured a precious 1-0 lead to take into the second leg in Germany.

Yet it was not just his goalscoring touch that caught the eye as Danjuma also displayed his speed, trickery, decision-making and movement.

The 25-year-old has really taken his game to the next level under Unai Emery, who he rightly praised after Villarreal battled passed Bayern (winning 2-1 on aggregate).

Danjuma has 16 goals in all competitions this season – 10 in La Liga and six in the Champions League – numbers that really highlight just how quickly he has progressed since his £21million move to Spain from Bournemouth.

He was one of the best players in the Championship last season with the Cherries but nobody could have predicted the steps he has made this term.

Now Manchester United are continuing to assess his displays ahead of the new, exciting era under Erik ten Hag at Old Trafford.

And there is arguably no better way to assess whether he is worth the big money Villarreal are likely to demand than by watching him test himself against the likes of Virgil van Dijk.

Danjuma could prove to be the key if Villarreal are to pull off another stunning European upset and remarkably book their place in Paris.

His ability to play in a number of roles is one of Emery’s biggest weapons – particularly when devising his tactical blueprint.

While he arrived in Spain as a winger, Danjuma has been leading the line in exemplary fashion as a centre-forward this season.

The encouragement and coaching from Emery has totally revolutionised Danjuma’s game and he is the exact kind of profile United should be targeting.

Their attack – although seemingly good on paper – has frustrated and disappointed on all fronts this season.

Cristiano Ronaldo has a healthy goal return but besides the Portuguese international, the majority of United’s forwards have been underwhelming.

Jadon Sancho has endured a difficult first season in the Premier League while Marcus Rashford, Anthony Martial, Jesse Lingard and Edinson Cavani have all failed to deliver.

With Lingard, Cavani and potentially Martial all off – United need reinforcements that will quickly improve their squad.