Manchester United have the chance to put their semi-final hoodoo to bed once and for all when they host Roma in the last four of the Europa League on Thursday.

With the Europa League now offering the only chance for Ole Gunnar Solskjaer to secure his first piece of silverware as a manager, the United boss will be hoping it is fifth time lucky after defeat in the previous four semi-finals of his tenure at Old Trafford.

“It will be a dream come true the day I can lift a trophy for this club as a manager, of course,” Solskjaer said in his pre-match press conference.

“That’s what we’re building for. We’ve been close, we’re building step by step, but take the next step it’s ifs and buts and this and that. You always talk about that.

“But for this team and myself, our ambition this season is to finish with lifting a trophy and being able to celebrate. I know how much that can mean for a group moving forward.”

Whether it be the two valiant League Cup semi-final defeats to Manchester City, the abject one to Chelsea in last season’s FA Cup, or the bitter setback against Sevilla in last year’s Europa League, United have stumbled at the last hurdle before a final time and again under Solskjaer.

It’s an unwanted knack which has seen United’s wait for a silverware stretch into a concerning fourth year, and there’s a growing sense that now really is the time for Solskjaer to underline the progress he has made at Old Trafford by reaching that first final and getting his hands on that first piece of silverware.

This barren four-year spell which has unfolded since Jose Mourinho guided United to victory in the 2017 Europa League final constitutes the club’s longest trophy drought since 1990, when Sir Alex Ferguson’s FA Cup victory ended a five-year wait for a trophy.

That illusive first trophy opened the floodgates for Ferguson and Manchester United, with trophy after trophy flowing into Old Trafford right up until he announced his retirement in 2013. You just wonder whether this season’s Europa League could have a snowball effect, and be the first of many for Solskjaer. 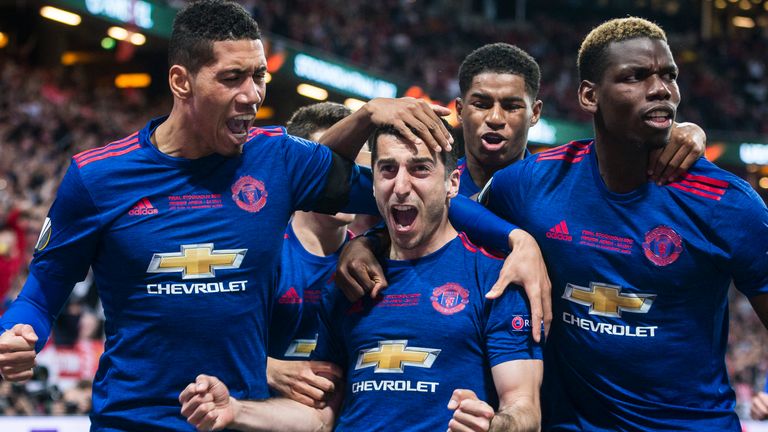 Standing between Manchester United and a first final under Solskjaer is a Roma side packed full of familiar faces.

Both Smalling and Mkhitaryan started for United when they last won a trophy, with the Armenia international’s second-half strike putting the seal on a 2-0 victory over Ajax in the 2017 Europa League final in Stockholm.

Reunions with former team-mates aside, there are a number of faces in the Roma camp United won’t be overly pleased to see again. 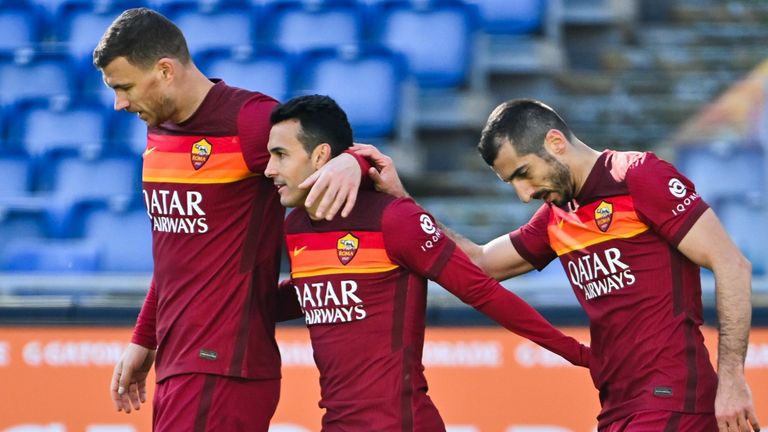 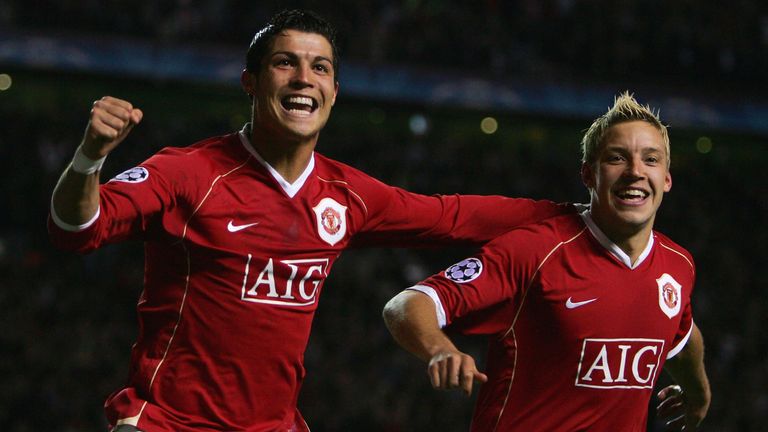 Whenever Manchester United and Roma are uttered in the same sentence, you’re instantly transported back to their infamous Champions League quarter-final showdown in 2006/07.

Having weathered an early Paul Scholes red card and left the Stadio Olimpico with a 2-1 first-leg deficit after Wayne Rooney’s crucial away goal, Sir Alex Ferguson’s side returned to an expectant Old Trafford for a mouth-watering return leg against Roma.

What unfolded on April 10, 2007 remains the stuff of Old Trafford folklore. Three goals in eight first-half minutes saw United rip Roma to shreds on their way to an emphatic 7-1 second-leg victory – a result which remains the club’s biggest-ever Champions League win.

In addition to securing United’s passage into what was their first Champions League semi-final since 2002, the two-legged triumph marked the end of one of the most illustrious European careers in Manchester United history, none other than Ole Gunnar Solskjaer’s.

In the fleeting final months of his playing career, Solskjaer’s last European start came in the first leg in Rome, during which he set up Rooney’s goal, and the Norwegian came off the bench in the second leg to assist for Patrice Evra to score United’s seventh. 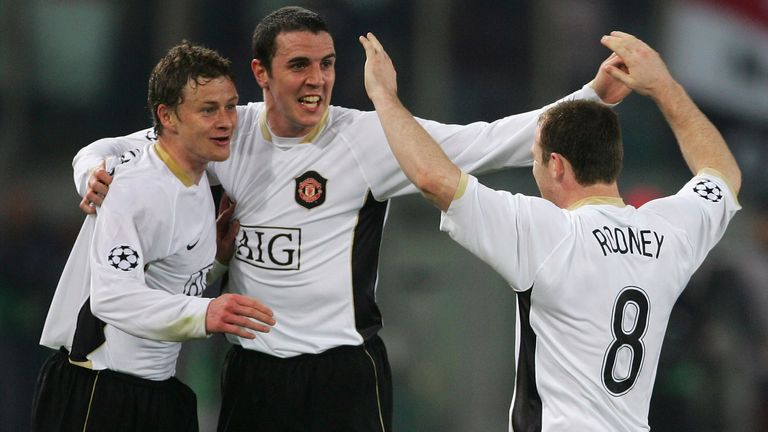 “I started the first leg, but can’t remember if I finished it because we played with 10 men and dug out a good result,” Solskjaer said.

“He [manager Sir Alex Ferguson] was confident we could go through but that night at Old Trafford was magical. We were on fire and showed what United can do.”

Solskjaer was unable to replicate the heroics which guided United to Champions League glory in 1999, with defeat in the semi-finals to eventual winners AC Milan bringing the curtain down on their campaign.

But what United’s scintillating run to the last four did do was reinstall belief and lay foundations and ambitions for future success, which were realised the following season when United got their hands back on the Champions League trophy after being Chelsea on penalties in the 2008 final in Moscow.

The challenge facing Solskjaer’s squad on Thursday is similar in many ways to his final season as a player, a squad with an abundance of talent and potential is waiting to take that next giant leap. They did that under Ferguson, now it’s over to Solskjaer to repeat the feat.

The view from Rome: Time for revenge? 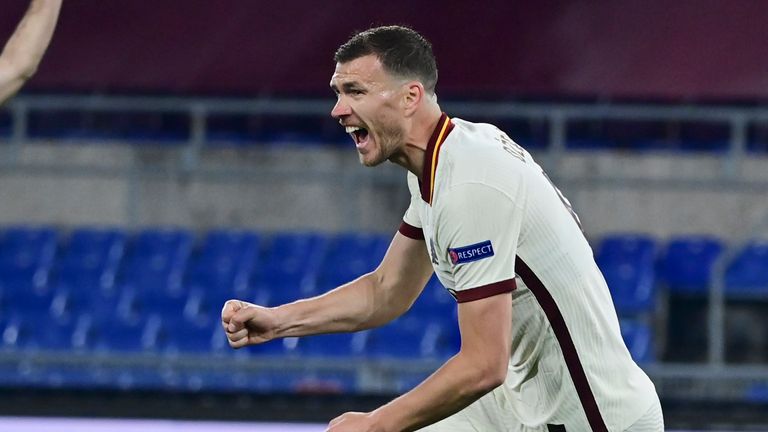 The ghost of Old Trafford in 2007 is still very much wandering in the thoughts of every Roma fan and if revenge really is a dish best served cold, there may never be a better time to serve it.

Since that night, it has been highs and lows for Roma. Luciano Spalletti left in 2009 and the club have not won a trophy since. They have seen two new owners come in and two gladiators like Francesco Totti and Daniele De Rossi leave. But European nights like those against Barcelona and Liverpool in 2018 have galvanised the club and given them self-belief on the big stage.

This season, Fonseca’s side were among the best performers in Serie A until March, before injuries to key players and European hangovers contributed to a dramatic involution to their style of play, plunging from third to seventh in the space of a month.

Just like Ole’s wretched relationship with semi-finals, Fonseca has developed one obvious limit at Roma and that is getting a result in crunch games. The Portuguese managed only three wins in 22 outings against Italy’s top sides since arriving in 2019, and was often tactically outplayed by his much more experienced Italian counterparts.

That did not apply to Europa League football, though. Roma won their group and made light work of Braga and Shakhtar Donetsk before a gritty 3-2 aggregate win against Ajax confirmed Fonseca’s style has built up Roma to be a real contender in Europe rather than at home.

This season, the players have always been able to separate their domestic difficulties from their European exploits so Fonseca will be secretly confident he holds all the right cards to take a massive scalp and give the club their best shot at European glory in 30 years.

Chris Smalling’s return to fitness will solidify a back three which have been crying out for a defensive leader of his stature, and Leonardo Spinazzola’s recovery means Fonseca has at his disposal the team’s full attacking output which so often promised goals this season.

Edin Dzeko will be the man to watch. Despite being stripped of the club captaincy earlier this season for a reported fall-out with the manager, he remains the focal point of a closely-knit squad, a complete team player, the same threatening No 9 who once so gracefully bagged the goals in Manchester – he may not be done with that yet.

Tags: can, Manchester, Roma, United, vs
You may also like
Latest Posts