Sadio Mane’s £35m move from Liverpool to Bayern Munich is DONE, with a fee of £27.5m and £7.5m in add-ons agreed to end his Anfield era… but will he play with Robert Lewandowski?

Sadio Mane has completed his £35million move from Liverpool to Bayern Munich after reaching a ‘total agreement’ with the club, reports in Germany claim.

Bayern had seen two bids rejected for the Senegal international, having initially started their offer at £25million.

But according to Sky Germany, Mane’s switch to Munich is now a ‘done deal’ after Liverpool accepted an improved offer from the Bundesliga champions. 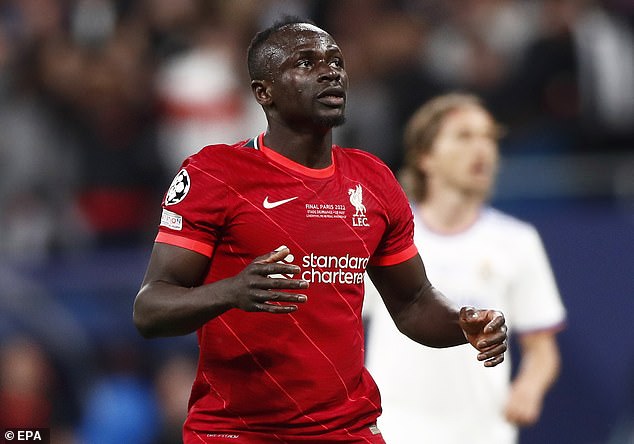 According to German outlet BILD, were initially demanding £34million upfront plus another £4million in bonuses.

Bayern officials were keen not to go over the £35million mark, nevertheless, and were eventually able to renegotiate for £27.5million upfront followed by £7.5million in bonus payments.

He is therefore set to bring the curtain down on an iconic six-year career at Anfield, which saw him produce 120 goals in 269 games while winning every major honour available.

Football journalist Fabrizio Romano reported earlier this week that Mane had agreed a three-year contract with Bayern, who then needed to make a breakthrough in discussions with Liverpool for the transfer to go ahead.

Now Allianz Arena chiefs look to have struck a deal with the Reds, having sent a handful of representatives over to England to negotiate it.

Sporting Director Hasan Salihamidzic made the trip over to the UK to hold talks with Liverpool counterpart Julian Ward, according to The Mirror.