Former Real Madrid captain Marcelo is one step closer to retirement as the offers to continue his career are not attractive enough to him.

The Brazilian left-back played for the Spanish club for 15 years before leaving at the end of the 2021-22 season – after winning 25 titles with Real, the most of any player with the side.

However, according to a report in Marca, the 34-year-old has no interest in heading to Qatar or MLS in America for the next stage of his career, despite reported offers on the table. 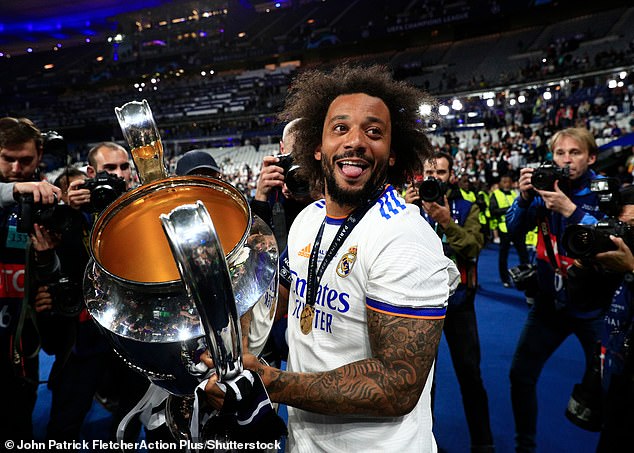 There was also consideration that he might go back to his native Fluminense, where the Brazilian played out his youth career, before moving to Madrid.

However, with no deals being agreed, and none of the offers appealing to Marcelo’s present state of affairs, it seems Marcelo is closer to retirement than a second wind as a player.

Instead, Marcelo has been focused on his role as an entrepreneur, as an owner of Brazilian club Azuriz and Portuguese second division side Mafra. 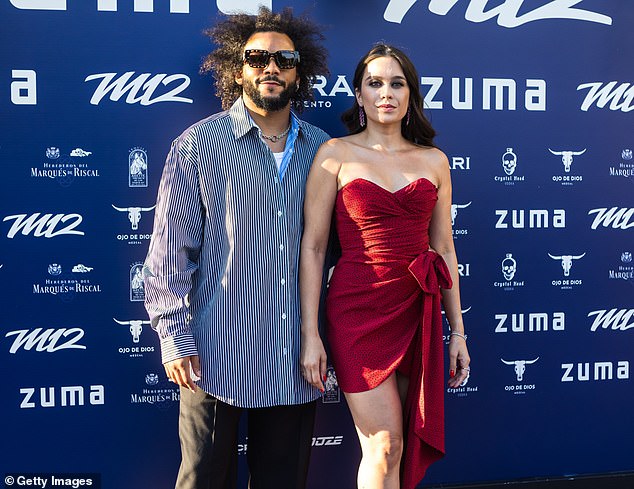 Marcelo made 546 appearances for Real Madrid, winning 25 trophies across 15 years in Spain

With the top-flight Brazilian side, Marcelo and his partners want to promote Azuriz’s training function, after years of experience with Real Madrid’s ‘Campus 12’, which has helped young stars looking to get a future in football.

Mafra are thought to be a bridge allowing for better transfer of talent from South America into the European game.

Marcelo was not the only player whose contract expired at the Bernabeu this summer, but Gareth Bale has moved to MLS side Los Angeles FC, and Isco Alarcon has moved to La Liga rivals Sevilla, so the Brazilian remains the only loose end.

It is thought Marcelo could be offered an ambassador role with Real Madrid, or to become an institutional representative for the club, if he does choose to hang up his boots because of a lack of incentives in a playing capacity.