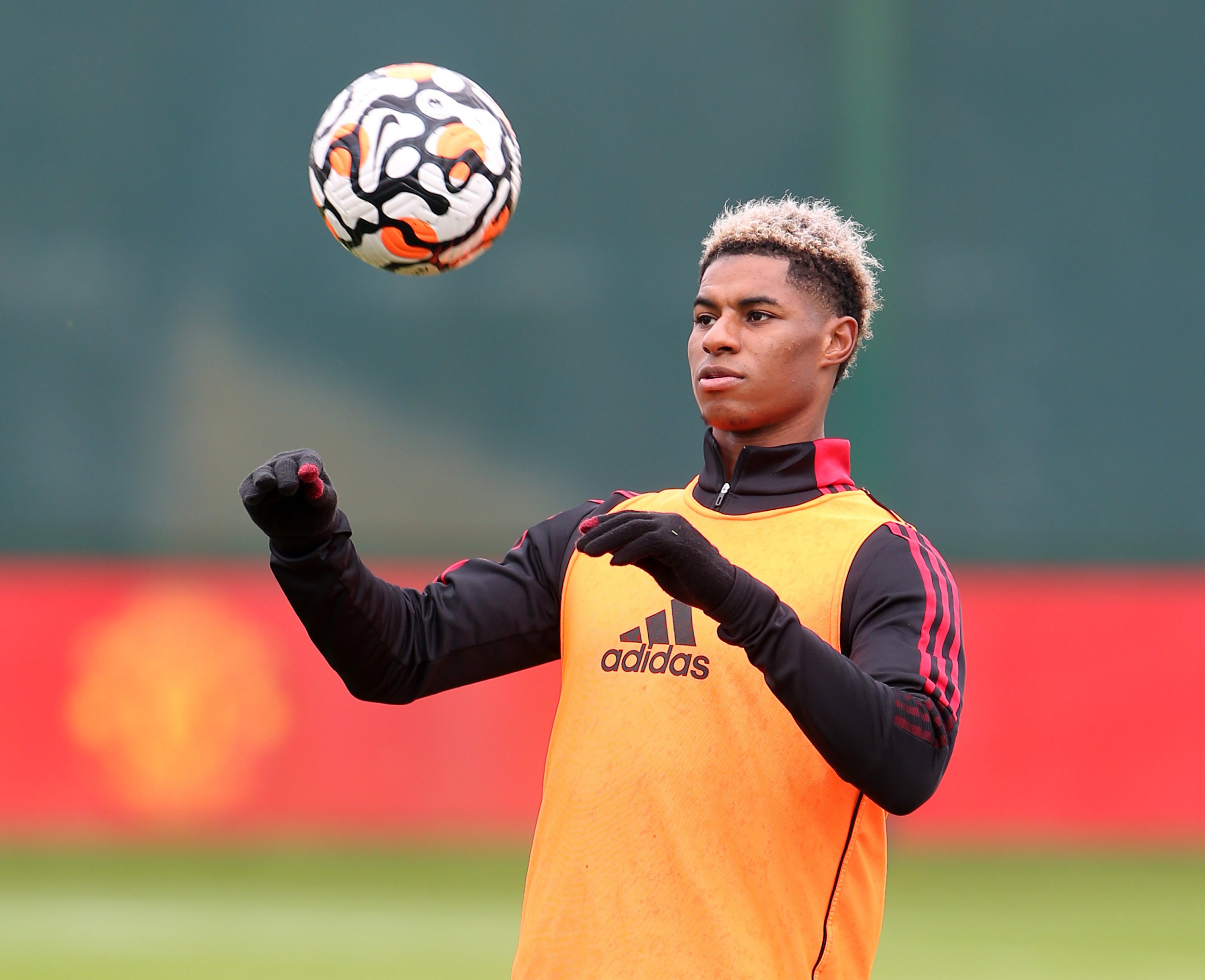 Marcus Rashford has taken a step closer to returning after scoring twice in Manchester United’s behind-closed-doors friendly against Blackburn Rovers on Wednesday.

The 23-year-old is yet to make an appearance for United this season after he required shoulder surgery in August.

Rashford had been hampered by the shoulder problem since last November and opted to undergo surgery following England’s Euro 2020 campaign in the summer.

And the forward was given his first chance to face opposition during the international break as he netted a double in a 3-0 friendly win against the Championship club.

Ole Gunnar Solskjaer is hopeful that Rashford could be in contention to make his first appearance of the season in United’s Premier League fixture against Leicester City on October 16.

‘I hope he will be involved against Leicester,’ Solskjaer said last week.

‘He’s been training and physically working really hard, joining in with the group as a floater so no tackles on him.

‘Today was the first day he could be tackled and that’s happened so let’s hope he gets his bearings, finds his movements.

‘There are many, many reasons he could be involved against Leicester.’