‘It would be a kind of miracle’: former Napoli midfielder Marek Hamsik says his old club must produce something special to get past Barcelona in their Champions League last-16 tie

Former Napoli forward Marek Hamsik believes his old club need a ‘kind of miracle’ if they are to get past Barcelona in the Champions League.

The two sides meet in the first leg of their last-16 clash on Tuesday night, with the La Liga side heavily favoured to reach the quarter-finals.

Hamsik recognises how big a task lies ahead for the Serie A side, but says that home advantage in the first leg will be key and his side are more than capable of making life difficult for Lionel Messi and Co. 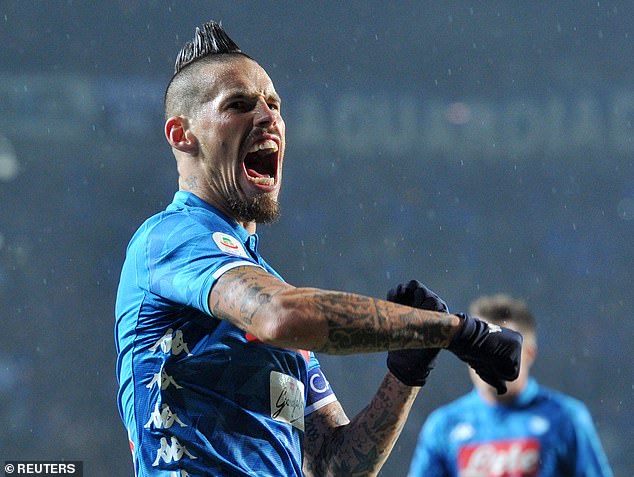 ‘It would be a kind of miracle, but in football everything is possible,’ Hamsik told Marca. ‘We are strong at the San Paolo. We have defeated anyone there.

‘You will see our strength. It will be difficult for Barcelona. They play well and [Lionel] Messi is the best in the world, but Napoli shouldn’t be afraid to attack them. Barcelona concede a lot in defence.’

Napoli have not enjoyed the best of seasons domestically, but Hamsik has backed them to kick on, especially under new boss Gennaro Gattuso.

‘With Gattuso we have improved,’ he added. ‘Now we are more compact, more than we were.

‘We’ll see if we can give Barcelona trouble. We are waking up and we need to at least qualify for the Europa League or the Champions League.’

Tags: Hamsik, Marek, must, Napoli, says
You may also like
Latest Posts