‘Even the s***housery is back’: United fans go wild after Anthony Martial gestures to a ball boy to ‘slow down and waste time’ during win over Liverpool, as he gets them back on side with his ‘savvy’ tactics

Fans have heaped praise on Anthony Martial for instructing a ball boy to slow down and take his time when handing him back the ball during the latter stages of Manchester United’s huge win over Liverpool on Monday.

A video doing the rounds on social media shows the Frenchman looking to run down the clock by gesturing to the youngster to hold onto the ball after he won a corner for United deep into stoppage time at Old Trafford.

Leading Liverpool 2-1 in the dying embers, United needed to see out the final 90 seconds to secure a famous win which saw Martial use every trick in the book to secure Erik ten Hag’s first points as Premier League manager. 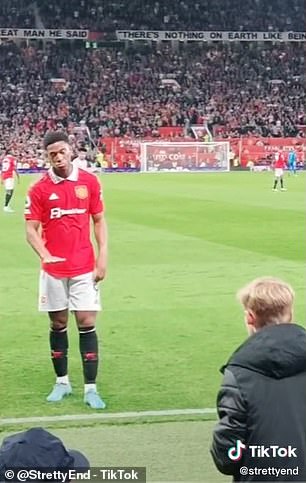 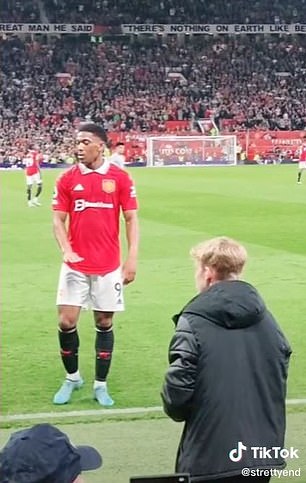 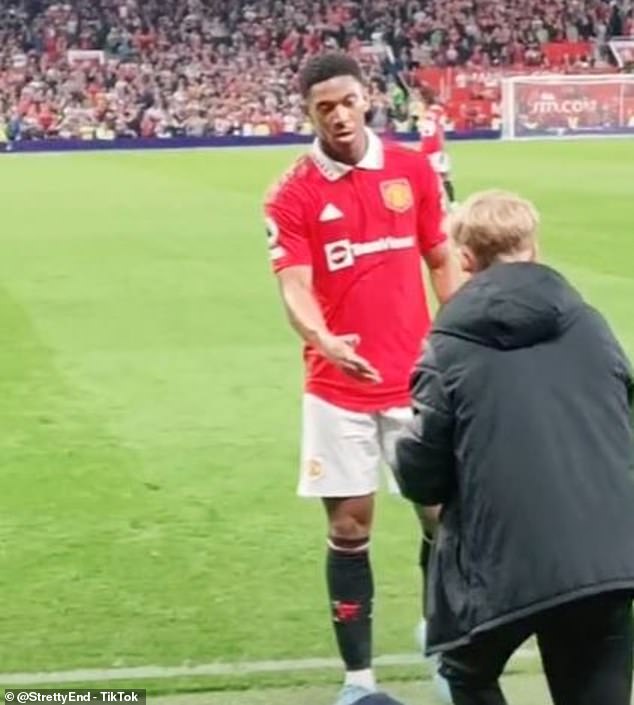 United would go on to win the game, taking them above Liverpool in the table, which saw fans take to social media to heap praise on the striker for playing his part in the victory.

The moment also saw Martial get some United fans back onside, given that he had fallen out of favour under previous managers Ole Gunnar Solskjaer and Ralf Rangnick.

One fan tweeted: ‘Tony was like take your time. I love this gent foreal.’ 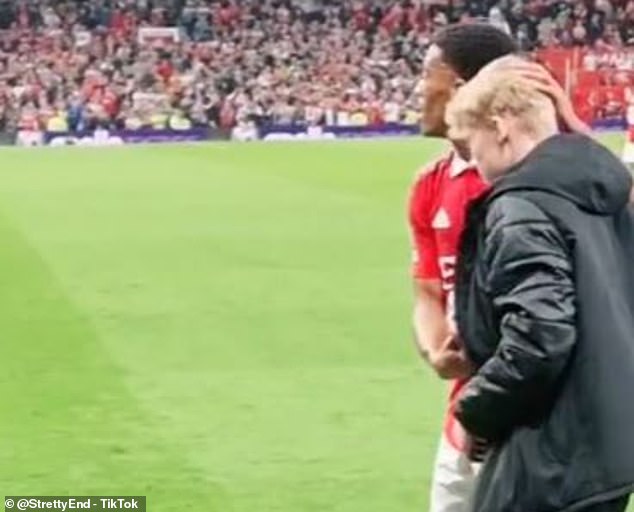 One fan praised Martial for ‘stepping up’ in one of the club’s biggest wins in recent memory. They said: ‘What I liked most about this part in the game is Martial actually stepping up.

‘He didn’t look around for others to come over and hold the ball in the corner on the throw in. He just did it. Never thought of him as a leader or fighter but it was nice to see his character changed.’

Another Twitter user took joy in the ball boy understanding what Martial was asking of him, saying: ‘The ball boy nodding his head. He understood the assignment.’

One fan claimed how United and Martial have got ‘savvier’ in securing three points.

They tweeted: ‘It just shows how far the team has grown and gotten a bit savvier. He did this right in front of us, and as he was walking to the corner someone next to us said “ref he’s not wasting time that’s just how he normally sprints!”’

It capped off a glorious night for United fans, which saw Jadon Sancho keep his composure in the box to fire ten Hag’s side ahead in the 16th minute before fellow England star Marcus Rashford buried his chance early in the second-half to extend the lead to two.

Although Liverpool rallied for an equaliser after Mohamed Salah reduced the deficit to one in the 81st minute, the Red Devils managed to hold on and secure their first win of the season in front of jubilant home support.

The win saw United climb to 14th in the league as Liverpool slipped to 16th, already five points behind champions Manchester City. 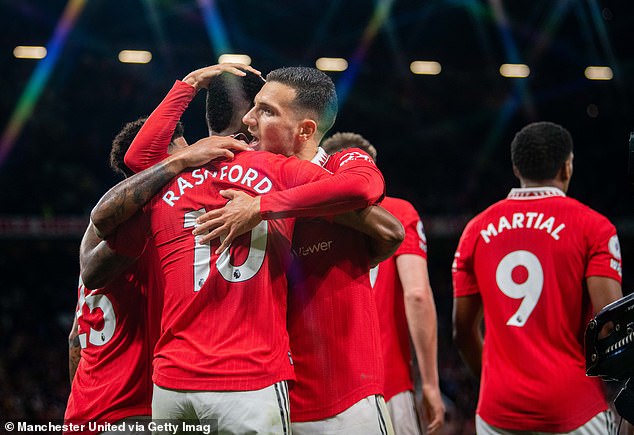