MARTIN KEOWN: The criticism of Harry Maguire is disrespectful… at times the comments about the Manchester United defender have fallen into the abuse category and that is wrong

The criticism of Harry Maguire, and the way his career has been picked apart by people who think they know better, is disrespectful.

This isn’t the first time I’ve come to Maguire’s defence. I did it during the season, too. Fans and pundits can provide constructive criticism but at times, it’s felt like comments made about Maguire have fallen more into the abuse category and that’s wrong.

This is a good player who has taken on the pressure of captaining Manchester United and a central defender who has earned the trust of Gareth Southgate because he has been dependable.

He has been through a difficult period in terms of form. The way Ralf Rangnick wanted him to play, in a pressing system with a high defensive line, was different for Maguire and he looked a little uncomfortable with it. You hope Erik ten Hag will use him properly, noticing the statistics state United concede less than a goal a game and have lost just twice when Maguire and Raphael Varane start together.

I was criticised when I made a mistake — that comes with the territory of being a centre half and playing for a big club — but I didn’t have to contend with social media which can be more impactful and personal.

He’s got a good network of family and friends to help him cope with the deluge of comments. They’re the people he needs to listen to — not the outside noise. Maguire is more than capable of pulling himself out of this difficult patch and enjoying his career again. 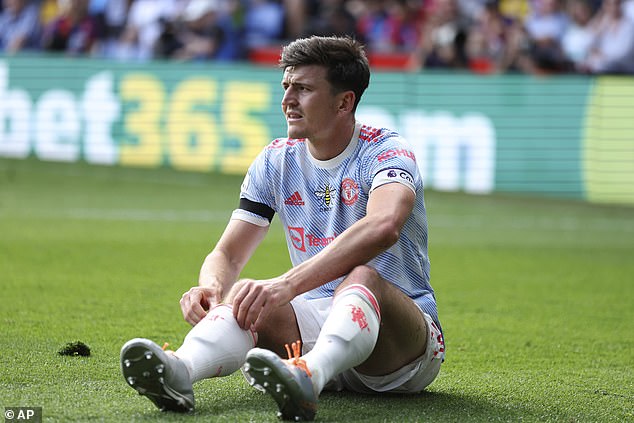