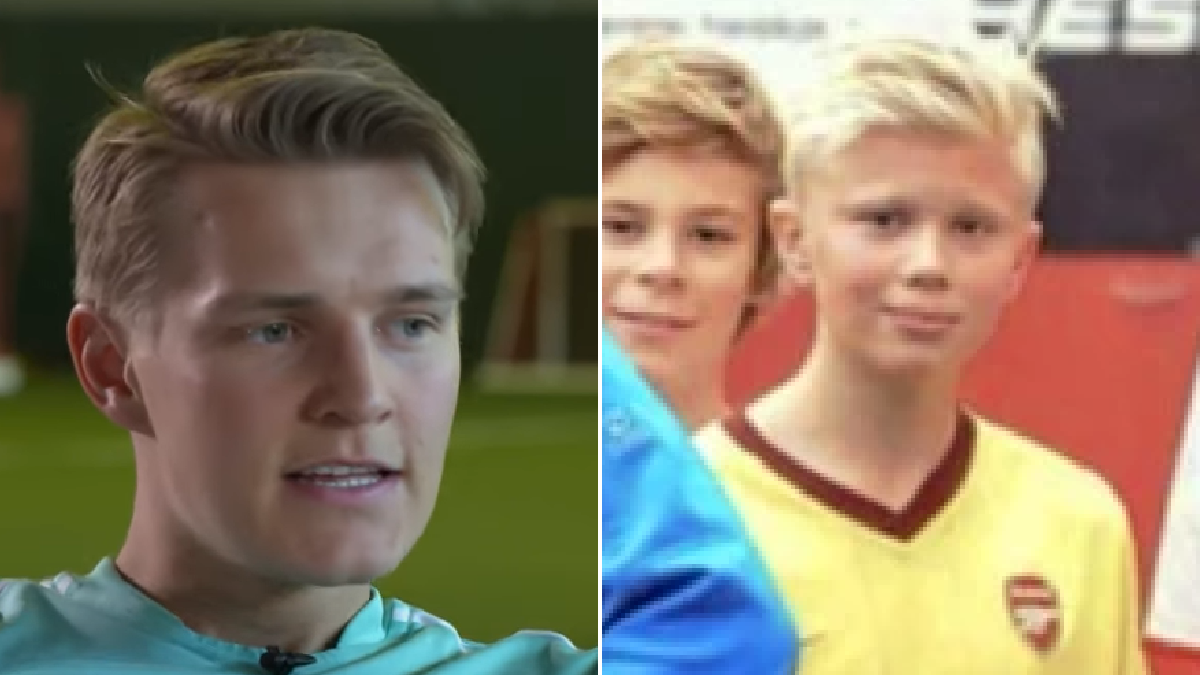 Martin Odegaard has joked his international teammate Erling Haaland should join Arsenal if he has his heart set on a Premier League move this summer.

The Borussia Dortmund striker has cemented his reputation, despite an injury interrupted campaign, as one Europe’s most prolific strikers and has 33 goals already for club and country this term.

After two-and-a-half years terrorising Bundesliga defences, however, Haaland is set to move this summer and has some of the continent’s biggest clubs chasing his signature.

Spanish giants Barcelona and Real Madrid have been touted as potential destinations, but reports last week claimed Haaland is on the verge of joining Manchester City, the club his father, Alf Inge, represented during his playing career.

City are said to have agreed personal terms on a contract worth a staggering £500,000-a-week which would make him the best paid player in the Premier League.

Arsenal fans were hopeful Odegaard would be capable of persuading his close friend, who appears to have some level of affection for Arsenal given the photo which emerged last week which showed Haaland wearing a Gunners shirt during his childhood, to link up with him in north London but those pipedreams are unlikely to be realised.

Speaking about Haaland’s future, Odegaard told Stadium Astro: ‘He’s a funny guy, a good guy and he’s a good friend of mine a great players as well of course so we will see what he will do I don’t know.

‘If he comes to England he needs to come to us of course but I don’t know what he will do but he is a great guy.

‘To be honest we haven’t talked too much about it, I know he has so many people trying to ask him and to tell him what to do and I don’t want to do that.

‘He’s a best he’s strong, he’s fast, I think he has everything I think he can play in every league in every country to be honest.’

Haaland’s impending move to City, meanwhile, could pave the way for Gabriel Jesus to join Arsenal. The Brazil international is reportedly keen to rekindle his relationship with Mikel Arteta, Pep Guardiola’s former assistant, having grown tired of playing second fiddle to a host of high-profile forwards at the Etihad Stadium.

Speaking about his future following a stunning four-goal display against Watford last weekend, Jesus said: ‘Not time to think about this,’ said Jesus.

‘You expect me to say this and it’s true. Not time to think about this, now is the best moment of the season.

‘I want to enjoy it, keep focussed on my teammates to fight for the Premier League. I’ve won with my teammates three times already so I know how it feels and I want to again.

‘We have a tough game on Tuesday against Real Madrid, a tough opponent. That’s my focus.’