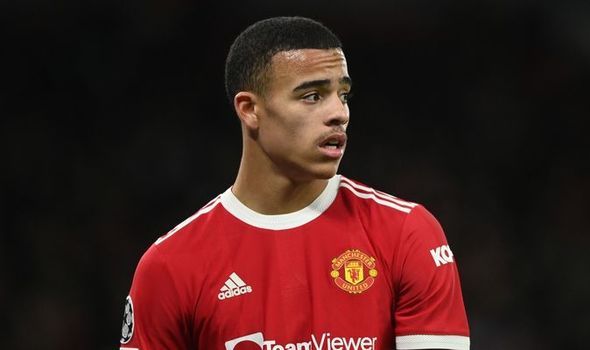 Mason Greenwood’s alleged rape victim has spoken out for the first time since the Manchester United forward was released on bail. Greenwood was first arrested on Sunday on suspicion of rape and assault after a video was published online alleging incidents of violence against the England international.

Greenwood was then later further arrested on suspicion of sexual assault and threats to kill.

Following his arrest at the weekend, Greenwood was suspended from playing or training with United until further notice.

He has since been bailed but remains under investigation with United going on to “reiterate its strong condemnation of violence of any kind”.

Greater Manchester Police issued a statement saying: ‘A 20-year-old man arrested on Sunday on suspicion of the rape and assault of a woman has been released on bail pending further investigation.’

Greenwood’s alleged victim has now spoken out since the United forward’s arrest to thank those showing her support.

She said: “I’m grateful to everyone that has sent messages of support and encouragement – thank you.

“The last few days have been very difficult and I’m taking a break from social media while the police make their investigations.”

Ralf Rangnick admitted in his first press conference since Greenwood’s arrest that the United players have spoken about it in training.

“We had a normal week of training with five training sessions including today’s training,” Rangnick said.

“Obviously it was a topic within the team but they’re human beings and Mason was part of the group before we had our [winter] break. We are looking forward to the game.

Rangick added: “We had a problem with Mason Greenwood and being without a player for the time being who has played in [recent] weeks and, together with the club not finding an agreement with another club [for Lingard], this is why he stayed.

“Three weeks ago Jesse didn’t want to leave, then changed his mind. If he shows up [performs well] in training he has all the chances to get game time here.”