Former Arsenal midfield Matteo Guendouzi got himself involved in a pre-season bust-up with Real Betis legend Joaquin on Wednesday night.

Marseille and Betis faced off at Chesterfield’s Technique Stadium on Wednesday evening, and what was meant to be a friendly got heated in the closing stages.

With the game all-even at 1-1 following goals from Arkadiusz Milik and Rodri, Joaquin approached the ex-Gunner in the final moments of the match, seemingly taking exception to a few trademark heavy challenges. 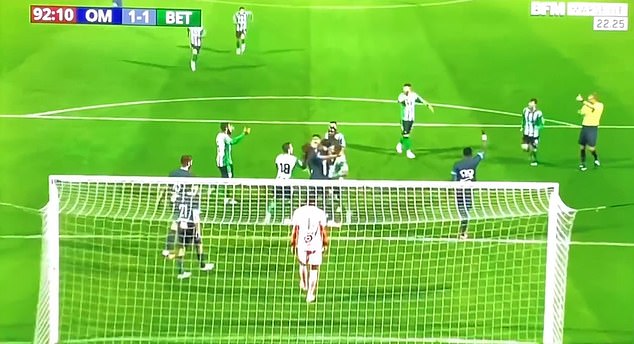 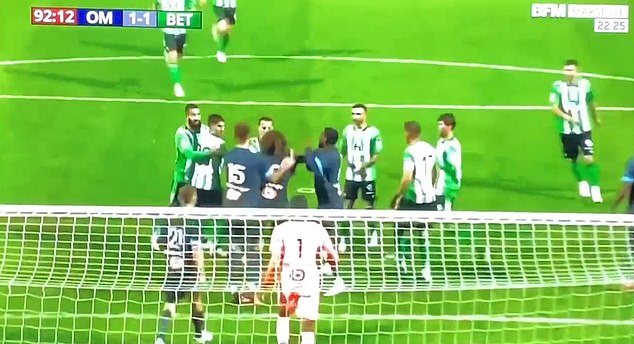 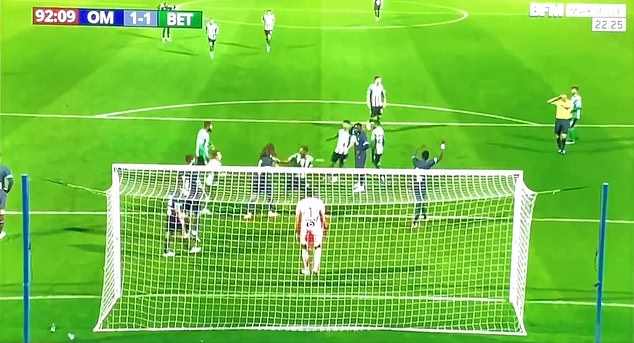 Unsurprisingly, the Frenchman retaliated with members from both teams – even those on the bench – getting involved to break up the scuffle.

The referee eventually decided the best way to break up the fracas was to blow the final whistle and just end the game ever so slightly early.

Guendouzi completed a permanent move to the Stade Velodrome this summer following a successful loan spell with the Ligue 1 outfit last season.

The six-time France international made 84 appearances over two seasons for Arsenal before being sent out on loan to Hertha BSC and then, Marseille.

The French side sealed his signature for what was a bargain £9million fee, just £2m more than what The Gunners paid for him back in 2018.

Marseille still have AC Milan to play on Sunday before opening their Ligue 1 campaign against Reims the following week. 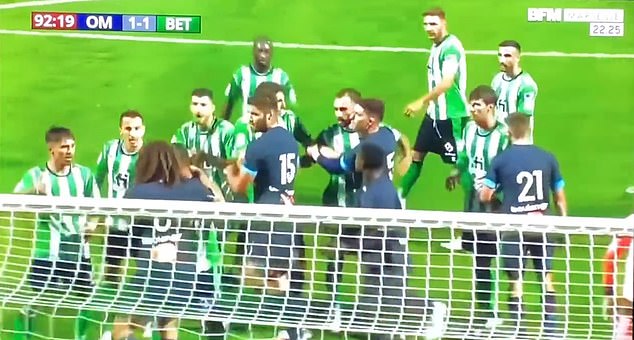 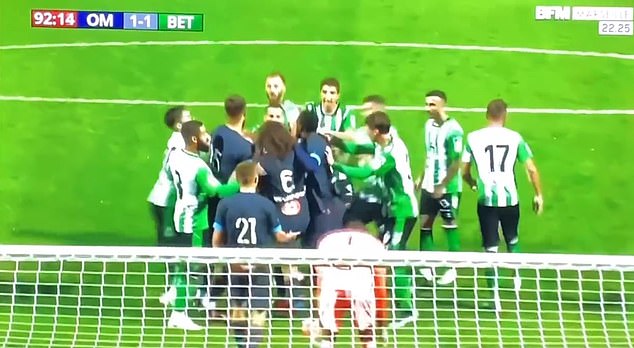 With the game in stoppage time, the referee blew the full-time whistle to break things up 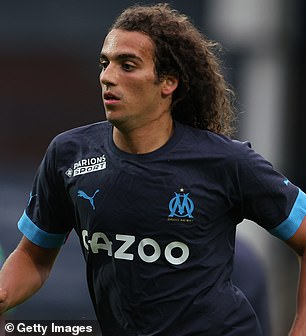 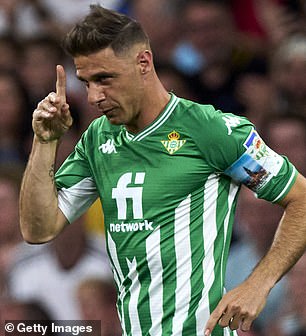 Guendouzi, still only 23, will be hoping to follow up on the strong campaign he had last year.

His return to France yielded 54 appearances for Marseille where he scored five goals and contributed an impressive 14 assists as Marseille finished second behind eventual champions Paris Saint-Germain.

Interestingly, his on-field foe this week, Joaquin, recently signed a new one-year deal with Betis that will see him with the club close to his 42 birthday next July. He made his debut for Betis back in 2000.