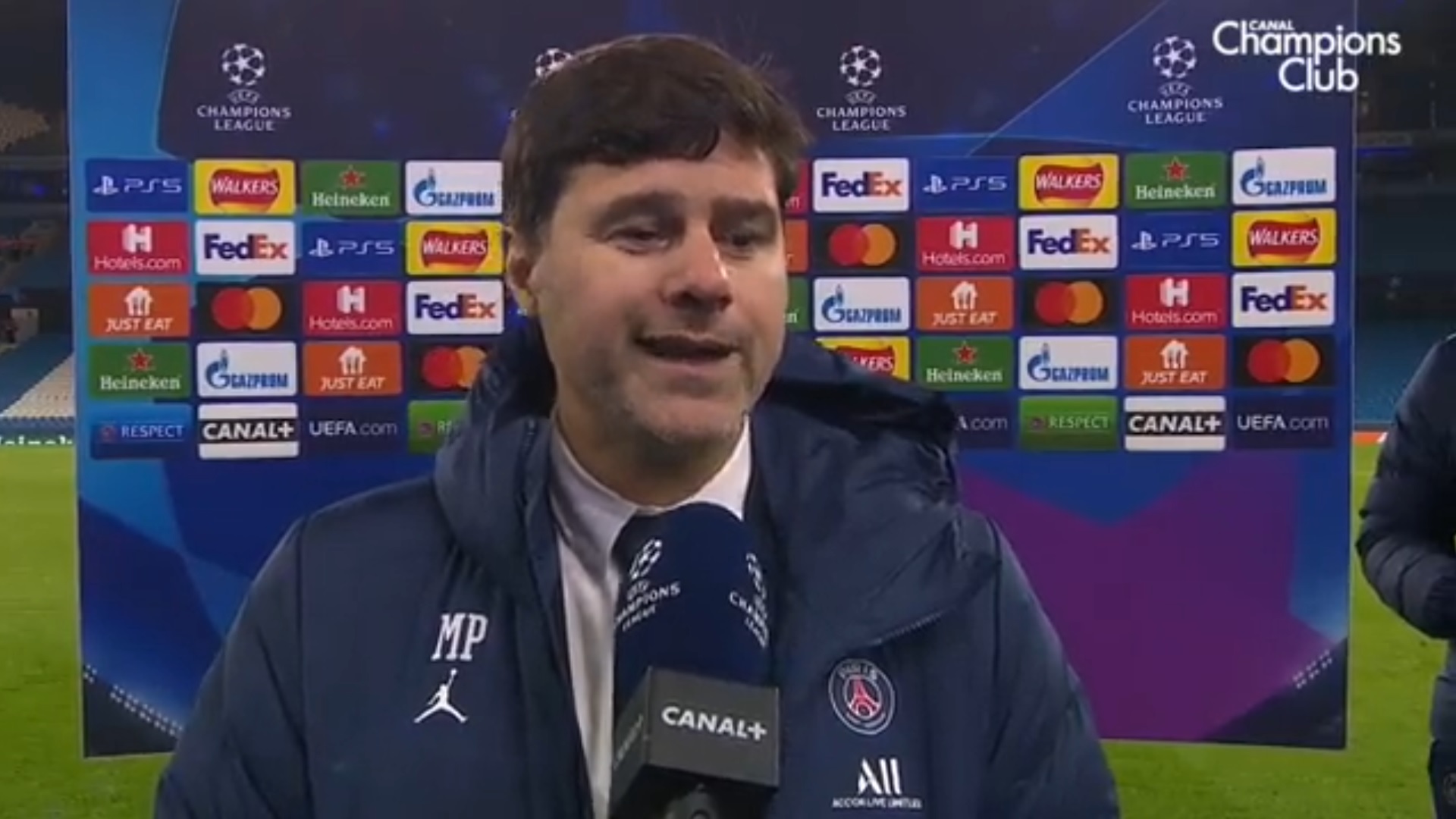 Mauricio Pochettino refused to confirm that he will be in charge of Paris Saint-Germain for the Champions League knockout phase following his link with Manchester United.

However, PSG have already indicated that they are unwilling to let the 49-year-old leave halfway through the season.

United are now considering an interim appointment for the remainder of the campaign and have already held talks with ex-Lyon boss Rudi Garcia, former Barcelona head coach Ernesto Valverde, and Ralf Rangnick, who is currently head of sports and development at Lokomotiv Moscow.

Following PSG’s 2-1 defeat to Manchester City in the Champions League on Wednesday evening, Pochettino was asked by Canal Plus if he would still be in charge when the knockout stage begins in February but the Argentine simply chuckled and said ‘thank you, ciao’ before walking away.

In his post-match press conference, Pochettino was also elusive when asked if he had reassured his PSG players that he will be staying at the club.

Pochettino also believes his PSG players ‘have to know how to suffer’ after they were dominated by Manchester City at the Etihad Stadium.

‘I think the first half was difficult because Manchester City forced us to play deeper and it can be a good or a worse situation,’ Pochettino told PSG TV.

‘We have suffered, but you have to know how to suffer at this level, in the Champions League, and against a team like Manchester City, there are times when you need to suffer.

‘In the second half I think we started better, I think we controlled the game in many periods and we scored. Afterwards, the circumstances of the team did not help us to continue in the same way and then we conceded a goal.

‘A little disappointed but the qualification is there. We wanted to be the first so yes disappointed on this point.’