Marseille’s players DIDN’T KNOW a draw against Spurs would get them into the Europa League, reveals Chancel Mbemba, as he claims a ‘lack of communication’ cost his side in their last-gasp Champions League defeat

Marseille’s players did not realise that a draw against Tottenham would have earned them a spot in the Europa League, Chancel Mbemba has revealed.

The French side crashed out of the Champions League on Tuesday after Spurs pulled off a dramatic comeback to win 2-1, thanks to second-half goals from Clement Lenglet and Pierre-Emile Hojbjerg.

Ahead of Hojbjerg’s last-gasp winner, Marseille sat third in Group D and would have advanced through to the Europa League knockouts as a result, as Eintracht Frankfurt had already confirmed their 2-1 victory against Sporting Lisbon moments before. 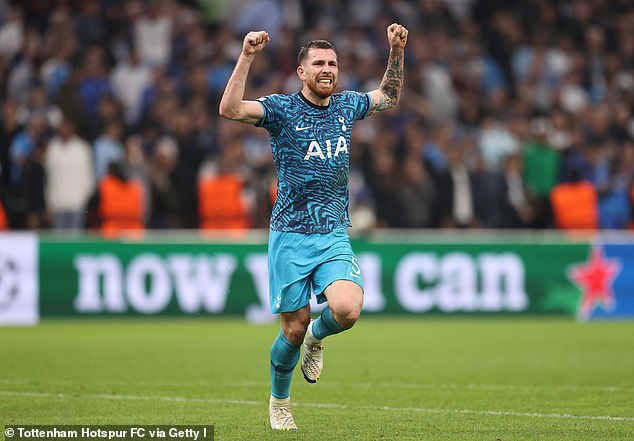 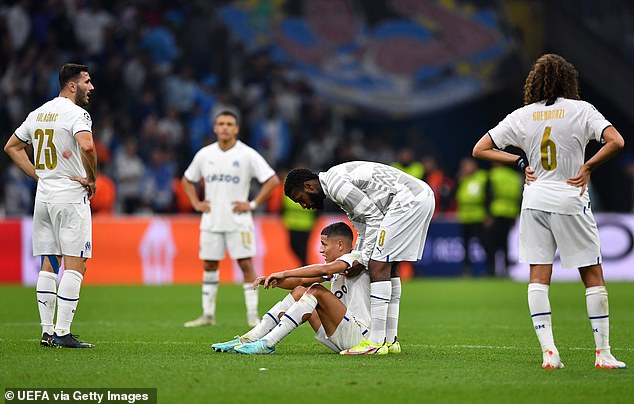 Therefore, Marseille crashed out of both the Champions League and Europa League as a result

However, Igor Tudor’s side continued to push relentlessly for a winning goal and ultimately allowed Hojbjerg to net the 95th-minute winner on the counter-attack, thus sending Marseille out of both the Champions League and Europa League.

After the match via Get Football News France, Mbemba admitted: ‘On the bench, they knew what was going on with Sporting. For us, there was a lack of communication.

‘Football is like that. We dominated in the first half. And then, in the second half, it was Tottenham. 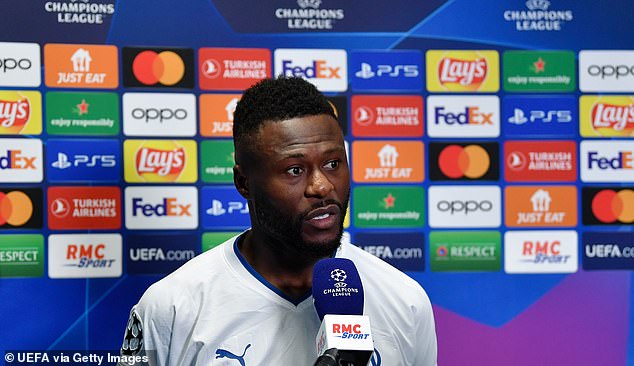 ‘We had to stay together to manage our game well. That’s what the little details are about. That’s football, but it hurts a lot.’

Mbemba capitalised on a quickly-taken corner to fire Marseille ahead on the stroke of half-time, earning a well-deserved lead after a dominant display in the first half.

At this stage, the French side would have advanced to the Champions League knockouts and eliminated Tottenham from the competition, but Lenglet’s header in the 54th minute put Spurs back in the driver’s seat.

Hojbjerg’s stoppage time winner meant that Antonio Conte’s side sealed top spot in Group D on 11 points, while Frankfurt went through in second place on 10 ahead of Sporting and Marseille.