Ally McCoist admits he was surprised by Giovanni van Bronckhorst’s decision to leave Aaron Ramsey and Kemar Roofe out of Rangers’ starting lineup in the Europa League final.

The Scottish club suffered an agonising penalty-shootout defeat against Eintracht Frankfurt in Wednesday’s final, which ended 1-1 after 120 minutes of normal and extra-time. 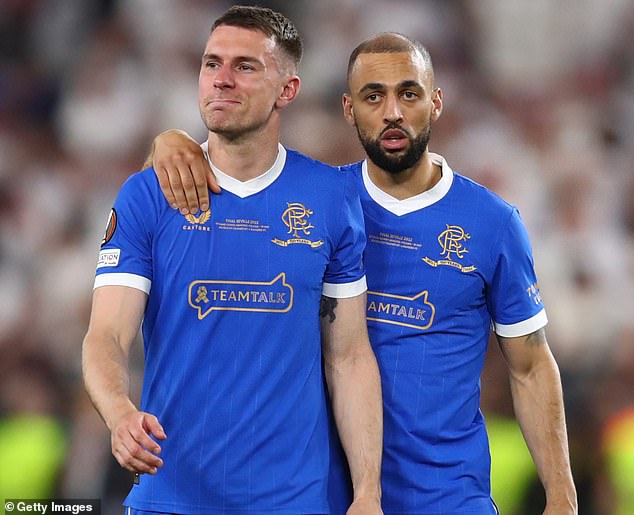 The final was eventually decided by penalties, and it was Ramsey’s sole miss in the shootout which cost Van Bronckhorst’s men on the night.

The former Arsenal midfielder was brought on with two minutes of extra-time remaining to take a spot-kick, yet after three perfect efforts from both sides he then stepped up and fluffed his lines, allowing Frankfurt to tuck away their two remaining penalties and win the trophy.

However, despite his fatal miss in the shootout McCoist says he was expecting Ramsey to get the nod from the start on Thursday, while he also questioned the decision to start Aribo upfront instead of Roofe.

Both men have suffered injury problems of late, yet Ramsey managed to play for an hour against Hearts at the weekend and Roofe was passed fit to make it onto the bench. 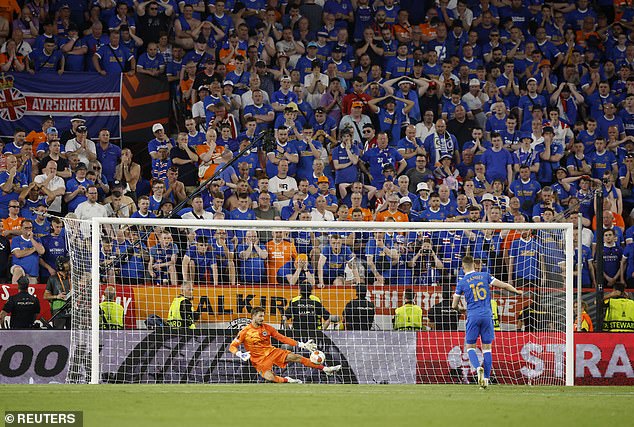 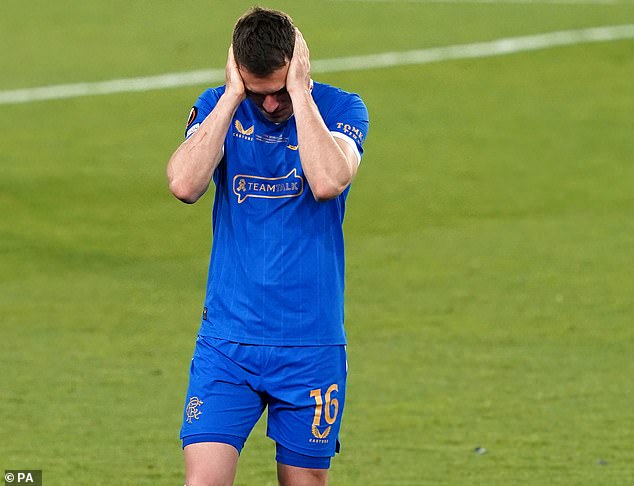 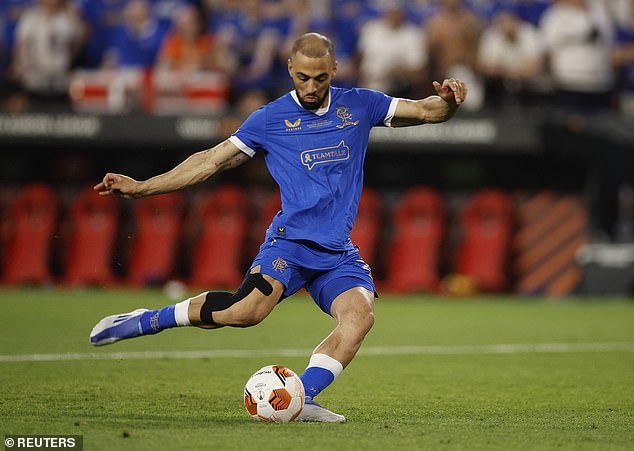 Speaking about Ramsey’s omission on talkSPORT, the Gers legend said: ‘I was surprised. We don’t know the real fitness situation, we don’t know how fit these guys are but he played at the weekend.

‘I was probably more surprised there was no Kemar Roofe. Joe Aribo has done reasonably well in that position [striker].

Ramsey may not have been the only Rangers star waking up with regrets on Thursday morning, as Ryan Kent could have won it for them in the dying minutes of extra-time. 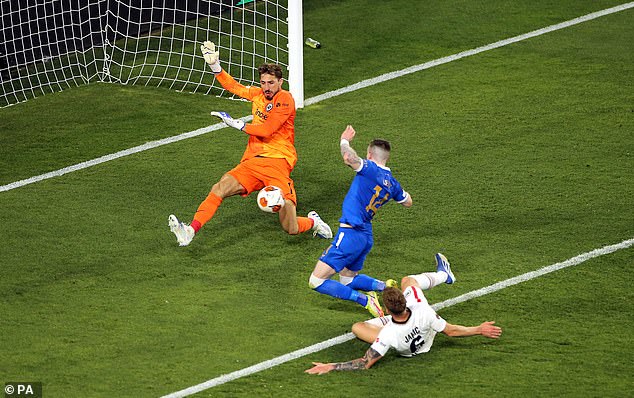 The 25-year-old was teed up in the box by Roofe with just over two minutes to play, only for his shot from close range to be kept out by Frankfurt goalkeeper Kevin Trapp.

‘And obviously with the big chance with a couple of minutes to go, that was the one where Roofe came on, cut it across and Kent, if anything, meets it too well and the keeper makes a great save.’