The AFTV founder breaking new ground, the ex-Love Island contestant who counts England stars among his friends and the presenter mistaken for his Man City namesake… the social media influencers changing the face of football on our screens

Since supporters have been able to watch at home, matches have been accompanied by the opinions of former professionals, whether they had a link to your club or not.

The advent of the internet has brought with it a new form of punditry, giving rise to fans and personalities who have never taken to the pitch, but whose opinions are listened to just as much as their peers.

Some platforms have recognised this, with Sky Sports’ Saturday Social programme nodding to the growing influence this new wave of football opinion and content can lay claim to.

Here, Sportsmail takes a look at the biggest names emerging from the internet, who may become household names before too long.

The original football influencer, Robbie Lyle made his name as the founder of AFTV.

Originally setting it up as a hobby, Lyle threw every spare second he had from his job as a surveyor into making the channel a success.

That could be calculated by the traction it received in the mainstream, with the likes of Arsenal star Hector Bellerin and BBC pundit Micah Richards talking about it, in both negative and positive lights.

There is no doubting the network Lyle created was devisive, and has not been without its moments of controversy, but learning on the job, the former BBC Reggae host has always fronted up to issues.

With AFTV hitting over 1billion views, Lyle has set out on his own, setting up DR Sports YouTube channel. 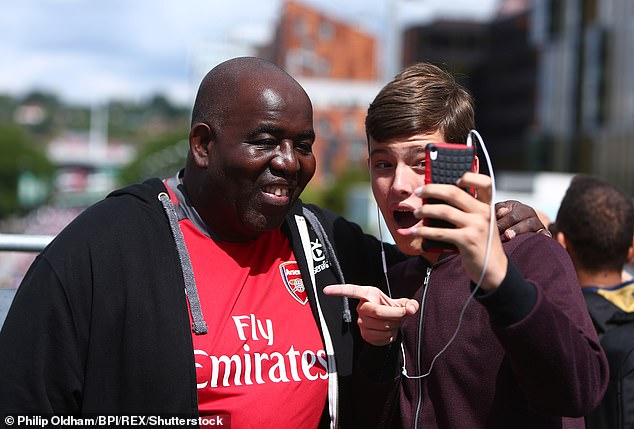 Whether they are watched for comic value, or to genuinely check in on how Manchester United are doing, no man has done more for the invention of the watch-along than Mark Goldbridge.

Creating an online persona to protect his identity, Brent Di Cesare was a police officer working in financial fraud investigations when he began to create United content.

His ability to put his foot in his mouth and his over-excitable demeanour has seen the 42-year-old crop up on many an Instagram timeline.

But with 1.23million subscribers to his United Stand YouTube channel – where he has interview with the likes of Ben Foster and renowned journalist Fabrizio Romano – he is clearly doing something right.

When you hear of a Premier League star putting the record straight on common misconceptions about themselves, there’s a good chance the answer came courtesy of one of Harry’s questions.

Pinero is the frontman for UMM’s Assumptions programme on YouTube and has sat down with the likes of Jack Grealish, Mason Mount and Billy Gilmour to get a glimpse at the person sat opposite, not the footballer.

Pinero’s work saw him nominated for the MOBO Media Personality of the Year award in 2021.

Part of the Filthy Fellas network, Savage Dan isn’t afraid of laying down an opinion or two when it comes to football.

Robinson is also on the boxing scene, too, working as a promoter for Boxxer.

He was front and centre last month for one of the biggest announcements of the year, taking his seat next to Kell Brook as he promoted his hotly-anticipated showdown with Amir Khan next February.

With gigs at the BBC and talkSPORT, Craig Mitch is already well on his way to becoming a regular fixture inside the homes of Britain.

The presenter works for MOTDx and has previously worked with the FA and Chelsea.

Historic comments on Liverpool landed him in hot water last year, but he’s bounced back since.

A regular on Premier League production shows, he also has a link up with JD Sports’ YouTube channel, meaning he is never far from the front of your screen. 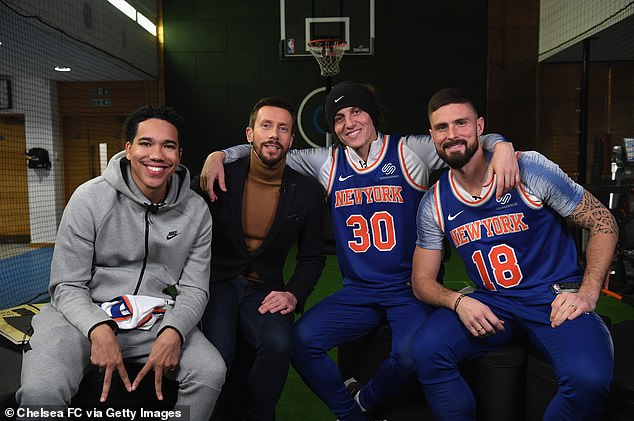 Josh Denzel first came to the public’s attention as a contestant on Love Island, but prefers to ask questions about the game rather than playing it these days.

A regular with the FA, Denzel was the man behind the mic for the majority of England’s Euro 2020 campaign as he went inside the camp to give fans a glimpse of the personable side of Gareth Southgate’s squad.

The players clearly enjoyed his company during regular chats in the Lions Den, with Denzel joining for the likes of Mason Mount, Luke Shaw and others on holiday in Mykonos after this summer’s tournament. 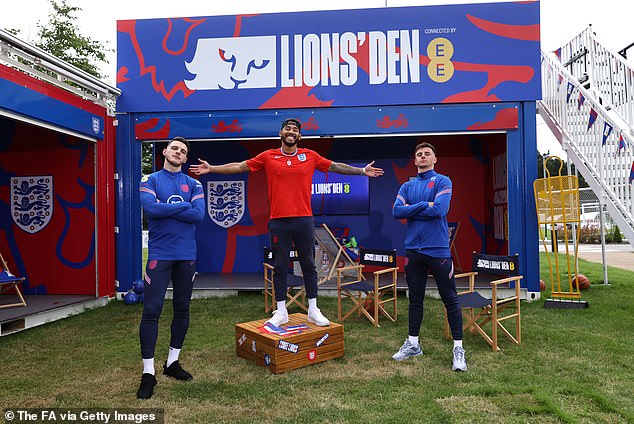 When not getting mistaken on Twitter for his Manchester City namesake, Kyle Walker can be found presenting across a range of football shows on both TV and the web.

Walker has worked as a reporter for Football Focus, and also does a lot of work for Sky Sports, including fronting their ePremier League show, and he also became the face of Sky Sports News’ transfer show this year.

A Radio personality on Five Live too, Walker was even given odds on replacing Jeff Stelling as Soccer Saturday by some bookmakers, considered an outside shot at 14/1. 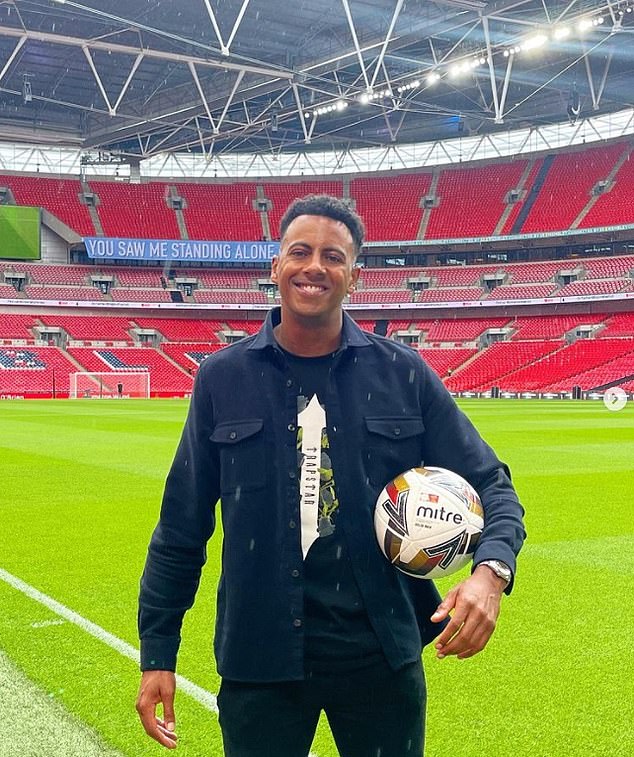 Amin Mohammed, better known as Chunkz, is a YouTuber who has found huge success on the platform, with his infectious personality drawing the attention of the mainstream.

Appearing on Saturday Social regularly, his own work on YouTube has seen him team up with Maya Jama recently, while he also picked up the award for Best Media Personality at the MOBOs along with friend and on-screen partner in crime Yung Filly.

While his YouTube channel has over one million subscribers, as well as presenting, he is also described as a narrator and a rapper.

There is apparently little the 25-year-old can’t do. Just don’t ask him to take a penalty in a Soccer Aid shootout. 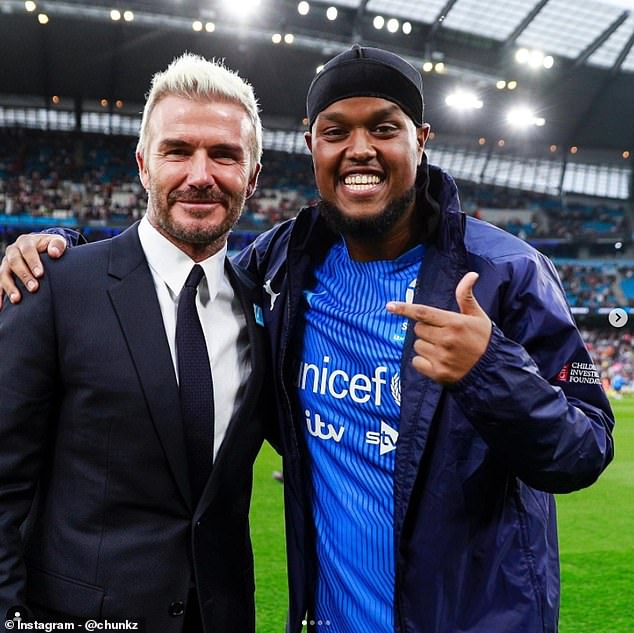