Memphis Depay’s first goal for Barcelona saw Ronald Koeman’s side fight back to draw 1-1 with Athletic Bilbao in their LaLiga clash at San Mames, where Eric Garcia was sent off in stoppage time.

Martin Braithwaite fired an early chance over, before Neto – deputising again for the injured Marc-Andre Ter Stegen – touched a goalbound effort from Inaki Williams wide and Oihan Sancet then rattled the Barca crossbar.

Gerard Pique was forced off injured in the 31st minute, with Ronald Araujo sent on – and, in first-half stoppage time, the Barca defender saw his acrobatic effort ruled out for a foul.

Athletic pressed at the start of the second half, with Araujo making a remarkable goal-line clearance to deny Alex Berenguer.

The hosts did take the lead in the 50th minute when Inigo Martinez glanced a corner inside the far post.

Barca finally stepped things up as a Frenkie De Jong lob dropped on to the crossbar before Dutchman Depay, who left Lyon earlier in the summer, equalised with a fierce angled drive into the roof of the net after breaking down the left in the 75th minute.

In stoppage time, Barca defender Garcia was shown a red card for hauling down Nico Williams, who was clear on goal.

Fernando Nino’s late goal gave Mallorca a 1-0 win at Alaves, who had defender Ruben Duarte sent off in the second half.

Carlos Soler’s late equaliser from the penalty spot grabbed Valencia a 1-1 draw at Granada, who had a stoppage-time goal from Angel Montoro ruled out for offside by VAR.

It finished 0-0 between Espanyol and Villarreal,a second goalless draw for Unai Emery’s side following their defeat on penalties to Chelsea in the UEFA Super Cup. 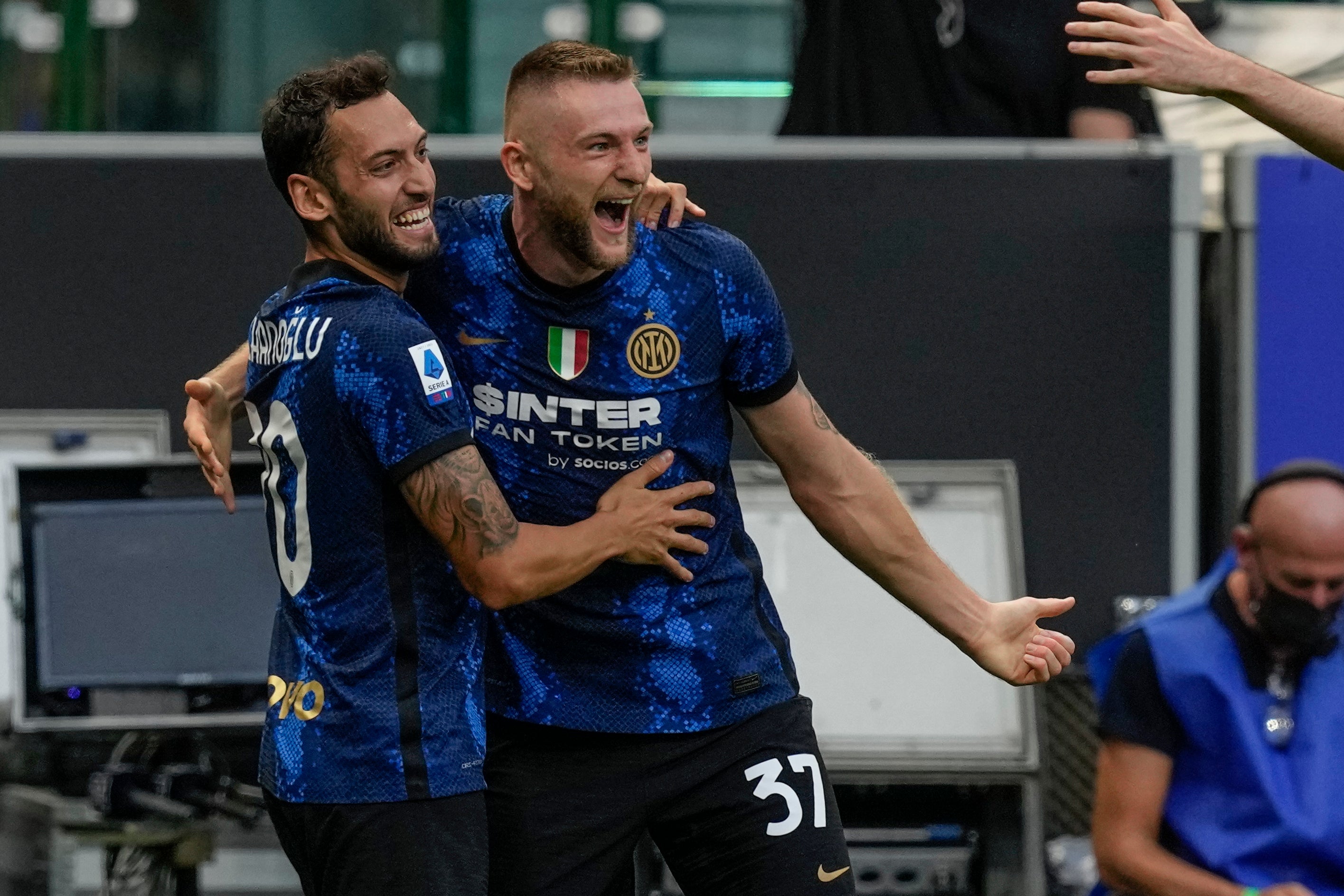 Serie A champions Inter Milan started their title defence by sweeping aside Genoa 4-0 at the San Siro.

Milan Skriniar headed Inter – who have sold striker Romelu Lukaku to Chelsea – into an early lead, with summer signing Hakan Calhanoglu soon adding a second on his debut.

Lazio came from behind to win 3-1 at Empoli, where all the goals came in the first half.

Sassuolo won 3-2 at Verona, who had captain Miguel Veloso sent off at the end of the first half, and Roberto Piccoli’s strike deep into stoppage-time secured Atalanta a 2-1 victory at Torino.

In the Bundesliga, Vincenzo Grifo’s fine free-kick helped Freiburg record a unexpected 2-1 win over Borussia Dortmund at the Schwarzwald Stadion.

Italy international Grifo curled in a long-range strike to give the hosts a sixth-minute lead.

Jude Bellingham saw his header hit a post before Roland Sallai added another for Freiburg early in the second half following a swift counter.

Although an own goal from Yannik Keitel handed a lifeline to Dortmund, beaten by Bayern Munich in the Super Cup on Tuesday night, there was to be no grandstand finish as new manager Marco Rose suffered his first Bundesliga defeat.

Wolfsburg sit top after coming from behind to win 2-1 at Hertha Berlin, who are bottom after a second defeat.

A penalty from Dodi Lukebakio put the hosts ahead on the hour, but Ridle Baku equalised before substitute Lukas Nmecha hit a winner with two minutes left.

Bayer Leverkusen moved up to second with a 4-0 victory over Borussia Monchengladbach at the BayArena.

An own goal from Yann Sommer and Patrik Schick’s strike put Leverkusen in control early on.

Foals midfielder Lars Stindl had a penalty saved just ahead of the half-time break, before Moussa Diaby and a late strike from substitute Nadiem Amiri sealed a comfortable victory.

Greuther Furth picked up their first Bundesliga point after coming from behind to draw 1-1 at home with Arminia Bielefeld, who had midfielder Alessandro Schopf sent off in the second half.

Bochum beat Mainz 2-0, while it finished goalless between Eintracht Frankfurt and Augsburg.

Lille’s slow start to their Ligue 1 title defence continued with a 1-1 draw at St Etienne.

Earlier, Lens secured a first victory after they won 2-0 at Monaco, where both sides finished with 10 men.