Liverpool’s decision to let Sadio Mane join Bayern Munich for £35million was the ‘worst business ever,’ according to Sky Sports pundit Paul Merson.

Mane left the Reds after six years at Anfield back in the summer, and the Reds have struggled ever since his departure.

Jurgen Klopp’s side have won just two out of their opening seven Premier League games and are already 11 points behind league leaders Arsenal – albeit, with a game in hand. 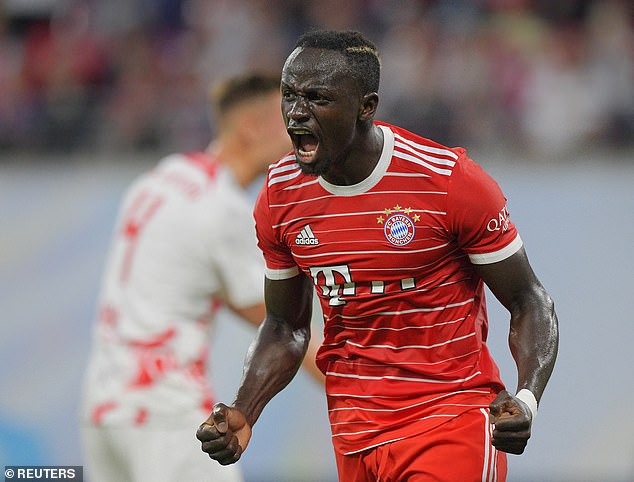 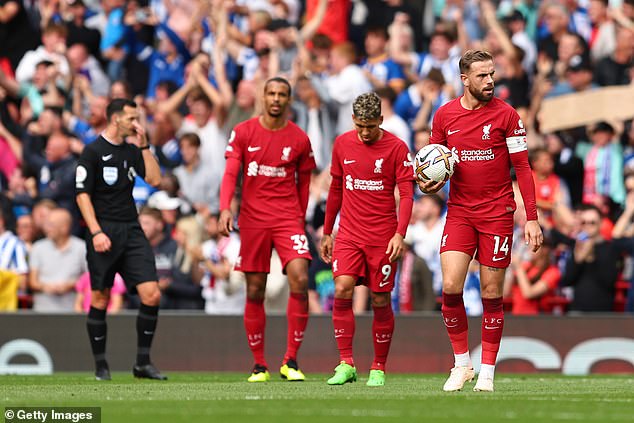 Merson in his Sky Sports column, has blamed Liverpool’s poor defensive record on Mane’s exit, and insisted that Darwin Nunez ‘isn’t in the same league’ as the Senegalese star.

He said: ‘I’ve said it from day one, in my opinion, selling Sadio Mane was the worst business ever. The bloke scores big, big goals. Go through them, first goals, equalisers, winning goals in last minutes, big goals. 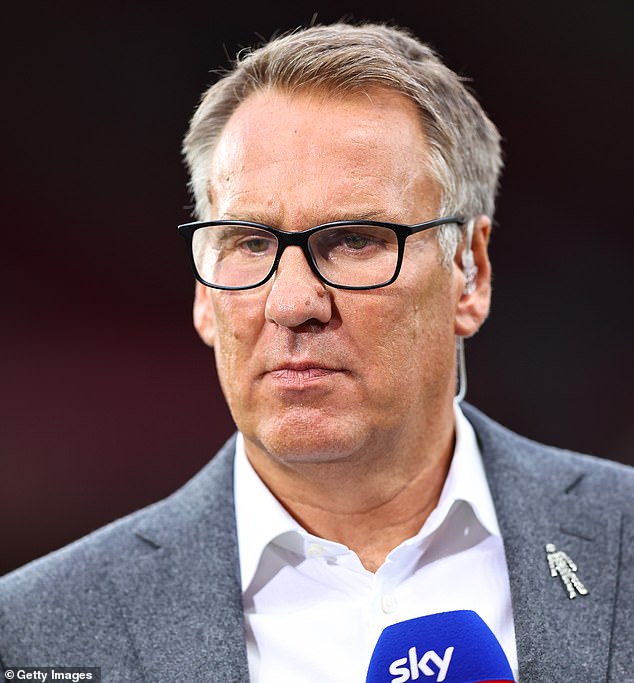 ‘Their problems at the back start from the front. They’re not closing down as a unit – you can go on about how talented that front three was, but they closed down from the front. It only took one more pass, and they’d score.’

Liverpool’s big-name stars at both ends of the pitch have struggled so far this season, most notably Mohamed Salah, and £85million man Darwin Nunez who is still taking time to gel in the Premier League.

Nunez didn’t help himself by missing three games for a headbutt on Crystal Palace’s Joachim Anderson.

The Reds have regularly conceded the first goal in their games this season, which was again the case against Brighton. 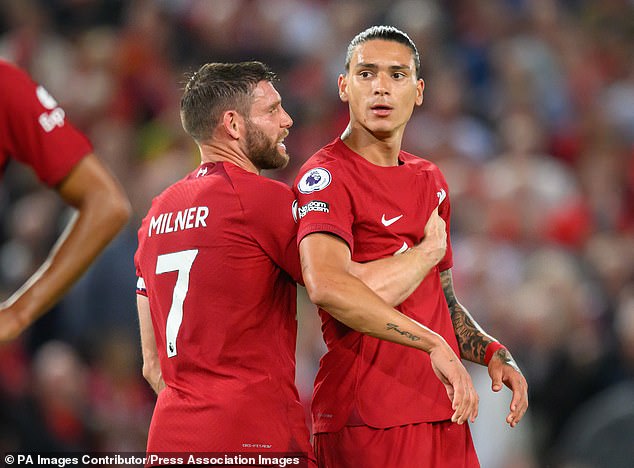 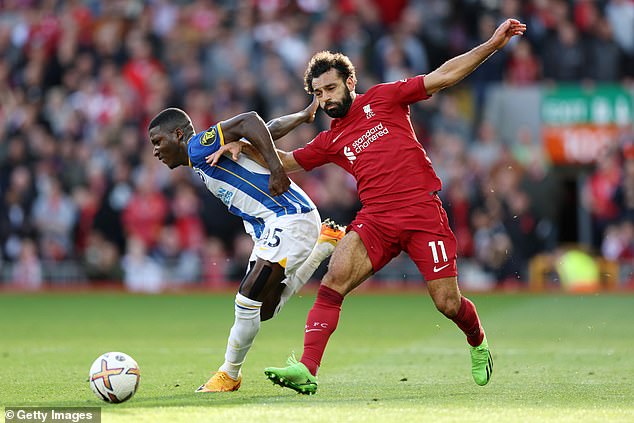 Liverpool came from 2-0 down to lead 3-2, before Leandro Trossard sealed his hat-trick with seven minutes left to play.

Klopp’s side next face league leaders Arsenal, who have only dropped points in one out of their eight league games so far this season.

Merson said: ‘I’m not a stats person, so I’m just going off the top of my head – but for me, Mane was a big, big player for Liverpool. To sell him for £30m-odd, which in the world of the Premier League is a cup of tea, wouldn’t they have been better off to keep him and let him go for free?

‘It’s come back to bite them and could cost them a lot more than £30m by the end of the season. If Arsenal win on Sunday, they’re out of the equation in terms of Liverpool catching them, and then there’s only two spaces for the top four.’ 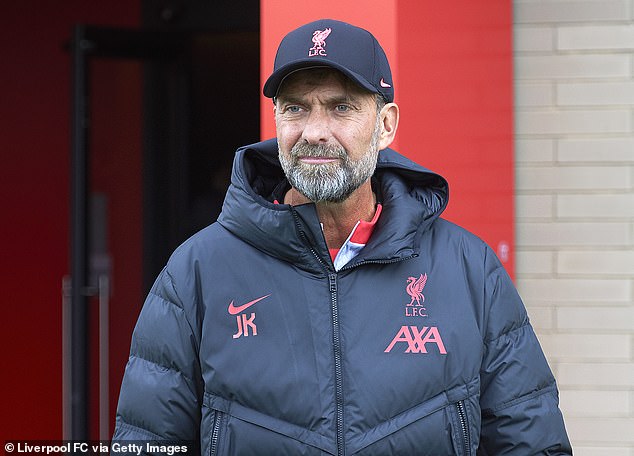