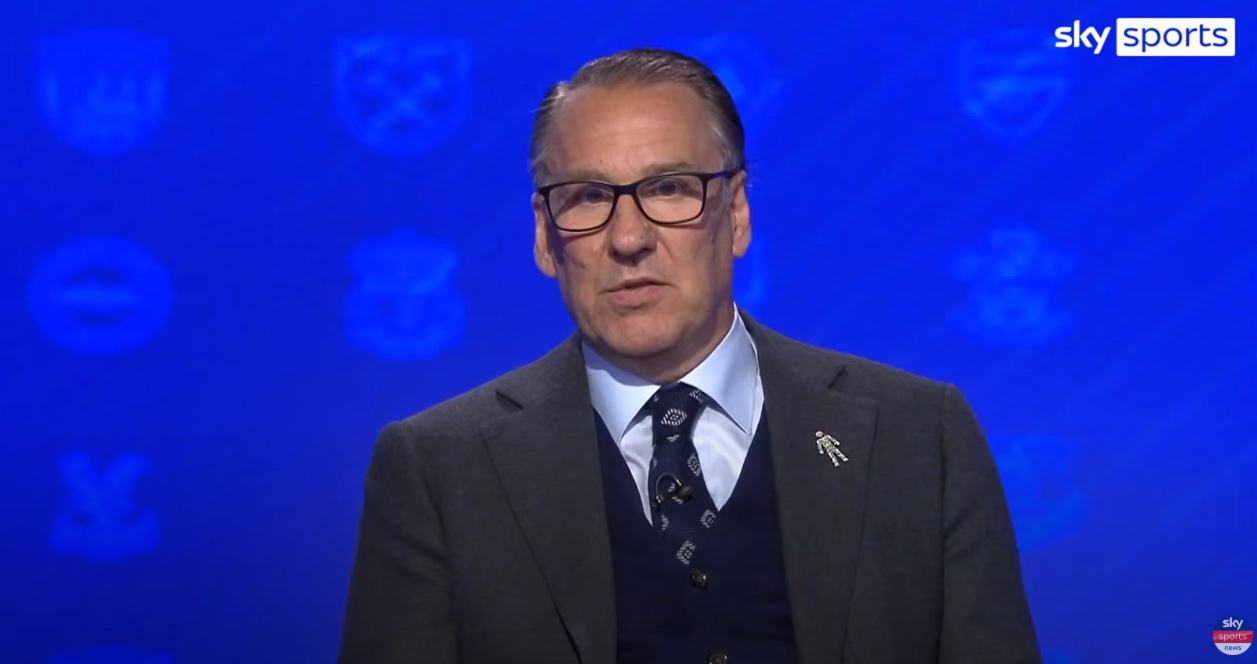 Paul Merson is backing Cristiano Ronaldo to fire Manchester United to a routine victory over Newcastle United on his second debut for the Red Devils, and expects Chelsea, Liverpool and his former club Arsenal to also pick up wins this weekend.

The Red Devils have taken seven points from their first three games of the season and face a Newcastle side who are yet to win, losing two games already to sit 17th in the table.

The Gunners are bottom of the Premier League after suffering three successive defeats but face a Norwich team who are also without a point, though they have at least scored a goal which cannot be said for Arsenal at this stage.

European champions Chelsea – sitting fourth in the table – are in action against Aston Villa, while Liverpool visit Leeds United on Sunday.

‘I’d expect Cristiano Ronaldo to score in his return to the Premier League,’ Merson wrote in a column for Sportskeeda. ‘I have all these keyboard warriors having a go at me at the moment – I never said he isn’t going to score goals.

‘The Newcastle game is a great way to get Ronaldo started at the club. Newcastle are going to sit back and absorb pressure and Manchester United will be able to put balls into the box for Cristiano Ronaldo.

‘It’s going to be one-way traffic for most of the game, and I’d expect Ronaldo to score against Newcastle.

Ronaldo isn’t the player he once was, but if I was a Manchester United fan, I’d actually be worried if he doesn’t score against Newcastle on Saturday.

‘It will be quite interesting to watch Manchester United adapt to having Ronaldo in their ranks. United should be able to blow Newcastle away this weekend.

‘I hope Ronaldo scores a hat-trick on Saturday – it won’t be easy, but I wouldn’t put it past him. Manchester United 3-0 Newcastle United.’

On Arsenal’s must-win clash against Norwich, former Gunners star Merson said: ‘If you asked Arsenal’s fans, players, and Mikel Arteta who they’d want to play at home immediately after the international break, I’m sure they’d all pick Norwich.

‘This is where Arsenal’s season starts, and they cannot afford to drop points this weekend.

‘Norwich City have looked out of their depth in the Premier League, and Arsenal’s fans will want something more from their team this weekend.

‘This is a big game for Arsenal – I think they’re capable of rolling over the lesser teams and should be able to win this match by a considerable margin. Arsenal 4-0 Norwich City.’

He added: ‘I see a very comfortable home win in this game. Chelsea move the ball very quickly and they have been dominant this season.

‘They were outstanding against Liverpool with ten men, and I thought Kovacic came on and kept the ball brilliantly to keep his side in the game. The fact that he’s not a shoo-in at Chelsea speaks volumes about their squad depth.

‘I was very disappointed with Aston Villa’s performance against Brentford. They were not at their best, and never looked like they were going to win that game.

‘Chelsea have been excellent under Thomas Tuchel and they should be able to cruise to victory this weekend. Chelsea 3-0 Aston Villa.’

Meanwhile, asked to give his prediction for Leeds United v Liverpool, Merson said: ‘Given how Leeds approach their football and open the game up, I don’t see how they can live with Liverpool, to be honest.

‘They were very disappointing against Burnley and struggled for most of the game. They were fortunate not to lose that game, and I don’t think they’ll have much luck this weekend.

‘Liverpool were very good against Chelsea at times. They go man-to-man and their forwards are much better than their counterparts at Leeds.

‘I don’t see anything other than a Liverpool victory on Saturday. Leeds United 1-3 Liverpool.’