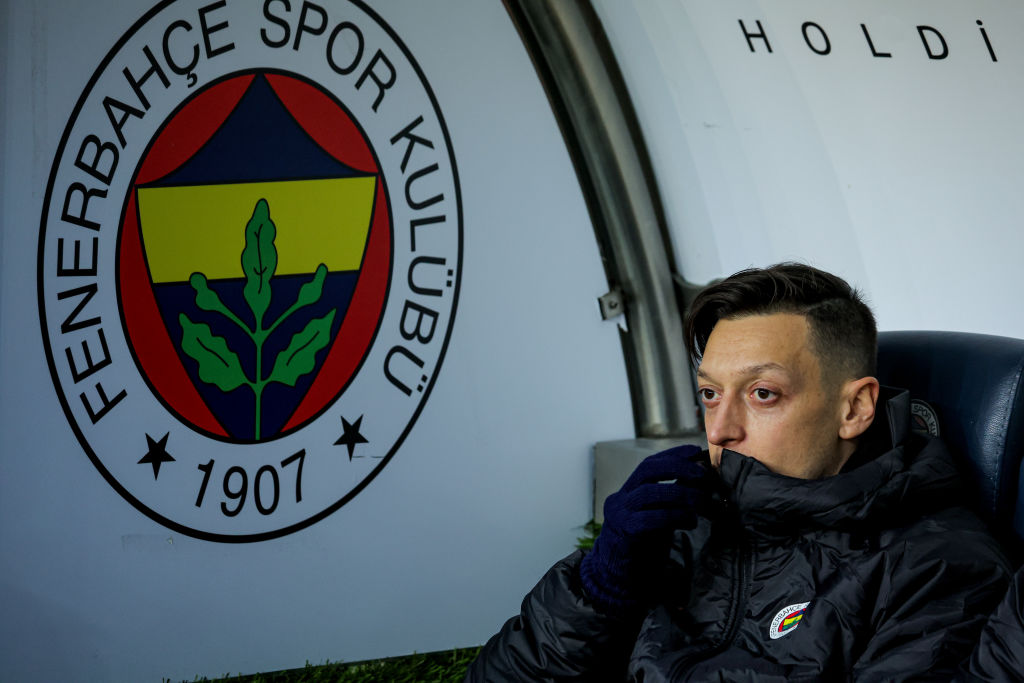 Mesut Ozil is plotting a shock career change as he continues to struggle at Fenerbahce, following on from his disappointing and controversial Arsenal exit.

Ozil joined Arsenal from Real Madrid for around £42.5m back in 2013 and for a while was a fantastic player at the Emirates – winning three FA Cups during his time at the club.

However, it all went sour in the latter part of his stay in north London, as he eventually departed for Turkish side Fenerbahce where he has failed to make an impact and has once again been frozen out.

The 33-year-old World Cup winner has 92 caps for Germany but is now eying up an expected career change into eSports – wanting to play the video game Fortnite professionally one day.

‘He will go more into eSports, play himself and maybe become an eSports athlete,’ Ozil’s agent Dr Erkut Sogut told The Telegraph.

‘He’s really good, to be honest, at Fortnite and I think one day I wouldn’t be surprised if he is competing.

‘He owns a team – M10 Esports – and he has players. He has a gaming house in Germany. He has football, like FIFA, and Fortnite.’

Earlier this month, Fenerbahce’s new boss Jorge Jesus suggested that the former Arsenal midfielder had no future at the club following his recent appointment.

Ozil has not featured for the Turkish side since March after a fitness dispute with interim head coach Ismail Kartal – with Jesus indicating he will continue the German’s exile into next season.

Hull City owner Acun Ilicali dismissed speculation linking the Championship club with a move for Ozil back in April, although Major League Soccer side Inter Miami are rumoured to be interested.