‘They look like the old Arsenal’: Michail Antonio likens table-topping Gunners to Arsene Wenger’s Invincibles of 19 years ago… as West Ham forward praises the owners for sticking by Mikel Arteta

Michail Antonio has praised the set-up of Mikel Arteta’s Arsenal side, and compared them to the legendary ‘Invincibles’ side of the early 2000s.

The West Ham player went from featuring for his club at Old Trafford on Sunday to being a pundit on BBC’s ‘Match of the Day 2’.

As part of the analysis of Arsenal’s dominant 5-0 win over Nottingham Forest, Antonio commented on the way Arteta’s Gunners are set up – and said it was the benefit of the owners sticking by their manager when times were tough last year. 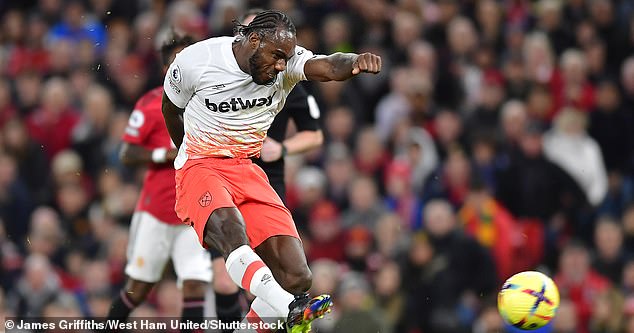 The 32-year-old forward said: ‘You see them, you look at their structure, how they’re playing, everyone knows where everyone is.

‘You can see with a couple of the passes, that players are not even looking, they’re just playing the ball, expecting someone to be there.

‘This Arsenal team reminds me of old Arsenal, the unbeatables. This is what you’re seeing now, how they’re playing, and the free football.

‘That’s one thing I’ve got to say “well done” to Arsenal for, and the owners; they stuck with Arteta, and now they’re reaping the rewards.’ 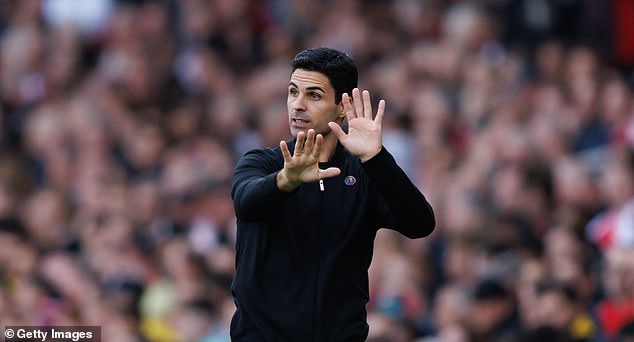 Antonio praised Arsenal and their owners for sticking by Mikel Arteta, and seeing the rewards

The ‘Invincibles’ went the entire 2003-04 season unbeaten, as Arsenal under Arsene Wenger fought their way to the Premier League title ahead of Chelsea and Manchester United.

Whilst Arsenal have already lost during this campaign, the historic team of almost two decades ago are still the benchmark for Gunners to hit, and the win over Forest reclaimed their lead at the top of the tree this term.

Antonio’s side travel to Arsenal in the evening game on Boxing Day, as part of the first set of fixtures after the upcoming break for the World Cup.