It is often debated as to whether this fixture is a derby but, given that two divisions could separate the clubs from next season, that argument is likely to be shelved for a few years yet.

Marcelo Bielsa and his aggressive Leeds remain on course for the Premier League thanks to Mateusz Klich’s winning strike.

For Boro and their former Leeds star Jonathan Woodgate, however, League One is an ever increasing danger. In fact, make that a likelihood after this ninth game without victory and third without a goal. 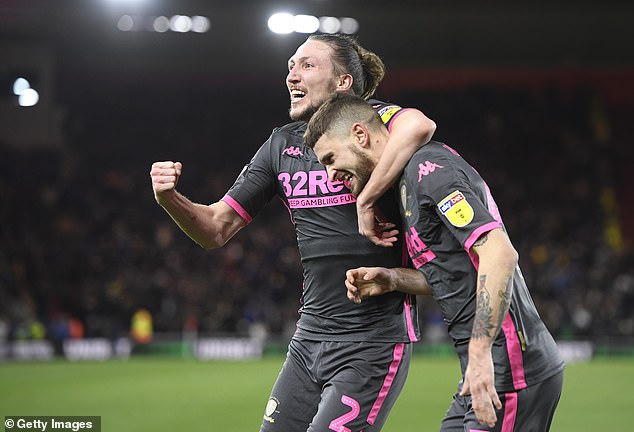 The clubs may be 72 miles apart off the pitch – and hold a long-standing dislike – but on it Boro are a million miles behind. The only surprise was that just the one goal proved the difference come full-time.

Just when we thought Leeds were about to falter for a second successive season under the gruelling demands of their manager, they have fought their way to three straight 1-0 victories.

The first half ended with the visiting fans taunting their hosts with a chorus of, ‘That’s why you’re going down’. And, on the evidence of that opening period, they had a point.

Boro never looked like scoring and were it not for goalkeeper Aynsley Pears they could have trailed by at least four, and even that was a conservative estimate. 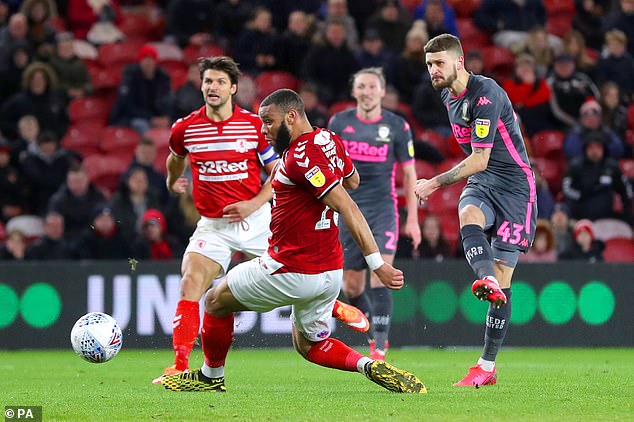 But Pears’ resistance was never likely to last 90 minutes and he had performed heroically in repelling Leeds until first-half injury time.

Bielsa says that Klich is his most reliable player and this why, for the Pole succeeded in finding a way beyond Pears having watched his team-mates spurn a string of chances during the previous 45 minutes.

Pablo Hernandez had only just struck the post when the rebound was worked to Klich by defender Stuart Dallas and the midfielder did the rest with a killer steer into the bottom corner from 12 yards.

Earlier, former Boro striker Patrick Bamford had headed straight at Pears when unmarked six yards out. Bamford spent the morning of the game responding to a good luck message sent to him by Jon Bon Jovi on talkSPORT radio, the rock star having been made aware of the player’s fondness for his music. 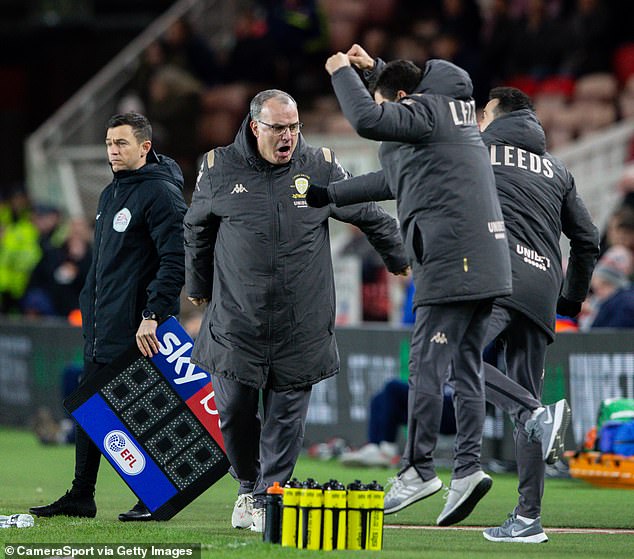 But Bamford struck all the wrong chords during a frustrating half in which Pears denied him three times.

Pears’ best saves came when blocking a Klich blast before scrambling to his feet and deflecting over the follow-up from Helder Costa.

It was a similar story after the break as Costa took aim from outside the area and Pears extended a fist to divert around the upright.

In fairness, Boro dug in and Pears was a spectator for much of the final half hour, in which Marcus Tavernier clipped for the crossbar for the home side.

But Kiko Casilla barely had a save to make and that said much of how blunt Boro have become. Unless they sharpen up they are going down.

Leeds, meanwhile, are only looking up.

Tags: 0-1, Klich, Leeds:, Middlesbrough
You may also like
Latest Posts