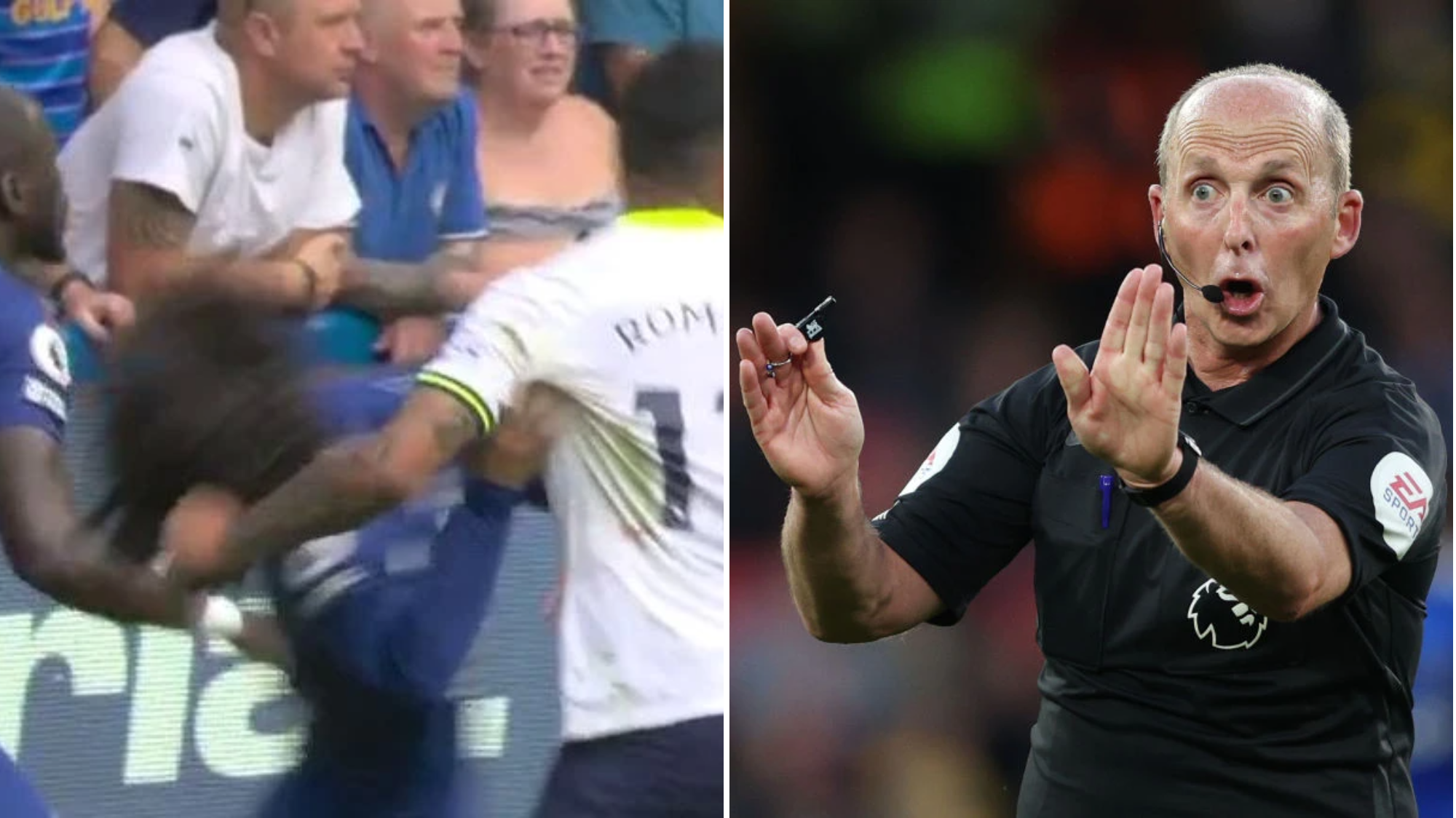 Video Assistant Referee Mike Dean has admitted that he made a mistake by not asking Anthony Taylor to review the foul on Marc Cucurella during Chelsea’s draw with Tottenham on Sunday.

Deep into stoppage time at Stamford Bridge, with the score at 2-1, Cucurella was fouled in the box by Cristian Romero, after the Argentine had grabbed onto the Spaniard’s hair and dragged him to the ground.

However, the on-pitch referee Taylor failed to notice the foul, and while Dean did hold play so he could quickly look at the incident, he deemed that it was not worthy of being reviewed and allowed the game to continue.

Just seconds later, Harry Kane equalised from a corner, sparking furious scenes from the Chelsea players and their manager Thomas Tuchel, who was later involved in a fiery confrontation with his opposite number Antonio Conte.

Tuchel would later blast the officials for their poor decision making in his post-match interviews, and many who analysed the game afterward concurred that the foul could well have been worthy of a red card which would have prevented Tottenham from levelling the score.

Now, Dean has spoken publicly about the incident and said that the decision he made during the game was the wrong one.

‘I could not award a free-kick as VAR, but I could recommend to Taylor that he visit the referee review area to consider a possible red card,’ Dean wrote in a column for The Mail.

‘In the few seconds I had to study Romero pulling Cucurella’s hair, I didn’t deem it a violent act.

‘I’ve since studied the footage, spoken to other referees and, upon reflection, I should have asked Taylor to visit his pitch-side monitor to take a look for himself. The referee on field always has the final say.

‘It goes to show that no matter how experienced you are, and I’ve spent more than two decades as a Premier League official, you are always learning. It’s disappointing for me as this was one incident in an otherwise very good weekend from our officials. Decisions are debated – that’s the life of a referee.’

There was also contention over Tottenham’s first equaliser, when Kai Havertz was fouled in the build-up and Richarlison appeared to be obstructing Edouard Mendy’s view from an offside position.

But Dean dismissed both of these claims, adding: ‘This one was relatively straightforward. I can’t go back 44 seconds to look at Rodrigo Bentancur’s potential foul on Kai Havertz.

‘It is outside the attacking phase of play – the Tottenham player got a toe to the ball anyway – so that wasn’t a factor in whether [Pierre-Emile] Hojbjerg’s goal should stand.

‘The question was whether Richarlison was interfering from an offside position. When Hojbjerg’s shot was struck, Chelsea goalkeeper Edouard Mendy had a view of the ball for me. His line of vision wasn’t clearly blocked, so it was onside.’