Arsenal boss Mikel Arteta is clearly not a fan of Gabriel Martinelli, according to former Gunners defender Martin Keown. Martinelli had to settle for a role off the bench in Thursday’s 2-1 Europa League semi-final first leg defeat to Villarreal.

Arteta was unable to start either Pierre-Emerick Aubameyang or Alexandre Lacazette in Spain.

But instead of playing Martinelli through the middle, the Gunners boss instead chose to experiment with Emile Smith Rowe as the false nine.

Martinelli has started just four matches in all competitions in 2021, despite many supporters calling for him to feature more regularly.

The Brazilian became an instant fan favourite following his £6million arrival in the summer of 2019. 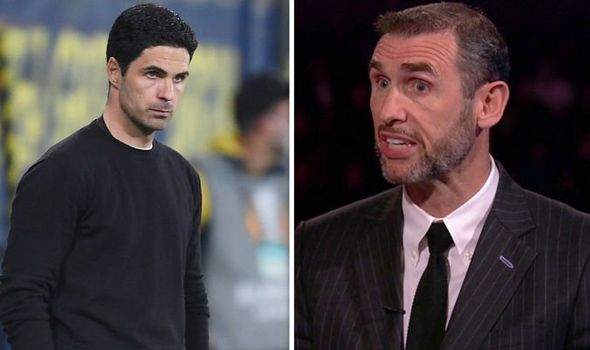 But Keown believes the 19-year-old’s lack of game time shows an obvious dislike from Arteta.

“I’ve been concerned as to why that player is not playing,” Keown told BT Sport.

“Because the manager doesn’t like him. It’s as simple as that.”

Martinelli’s tenacious attitude was clear to see when he replaced Martin Odegaard on Thursday.

Odegaard heaped praise on Martinelli in a recent interview, singling him out as the most impressive young player at the club.

And Keown has questioned why Arteta does not rate the youngster when Odegaard has already noticed his quality after only joining three months ago.

“I’m not there everyday, I’m not on the training ground,” the pundit continued.

“I thought it was very interesting Odegaard had gone internationally and said ‘in training this is the best young player I’ve ever seen’. And he’s from Real Madrid. 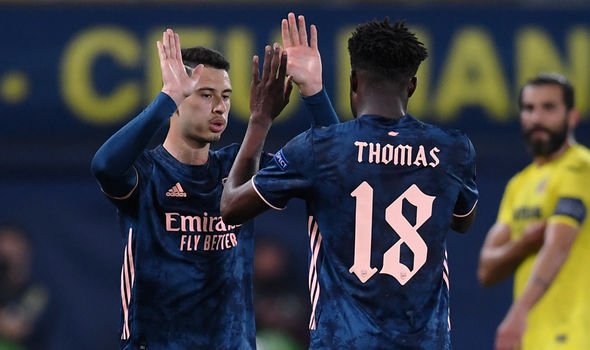 “So now it’s time to let him fly. Let’s look at the positives. Let’s support him.

“When he came into the team I thought he did a great job. Not only was he making runs down the middle but he was coming back. He was like a Duracell battery.

“Keep him in the team. Play him. You’ve seen what you’ve done with Smith Rowe and [Bukayo] Saka.

“Support the young players, that’s where the energy is coming.”

Speaking in March, Real Madrid loanee Odegaard made his opinion clear on Martinelli.

“Obviously we have Bukayo and Emile and they are already playing so much,” the Norwegian said.

“But I think one guy who hasn’t played that much lately is Martinelli.

“He’s such a big talent, you see him in training every day and you see it. He’s a really talented player with a lot of qualities.

“So I think definitely he’s one for the future. And he’s so young still, so I will go with him.”