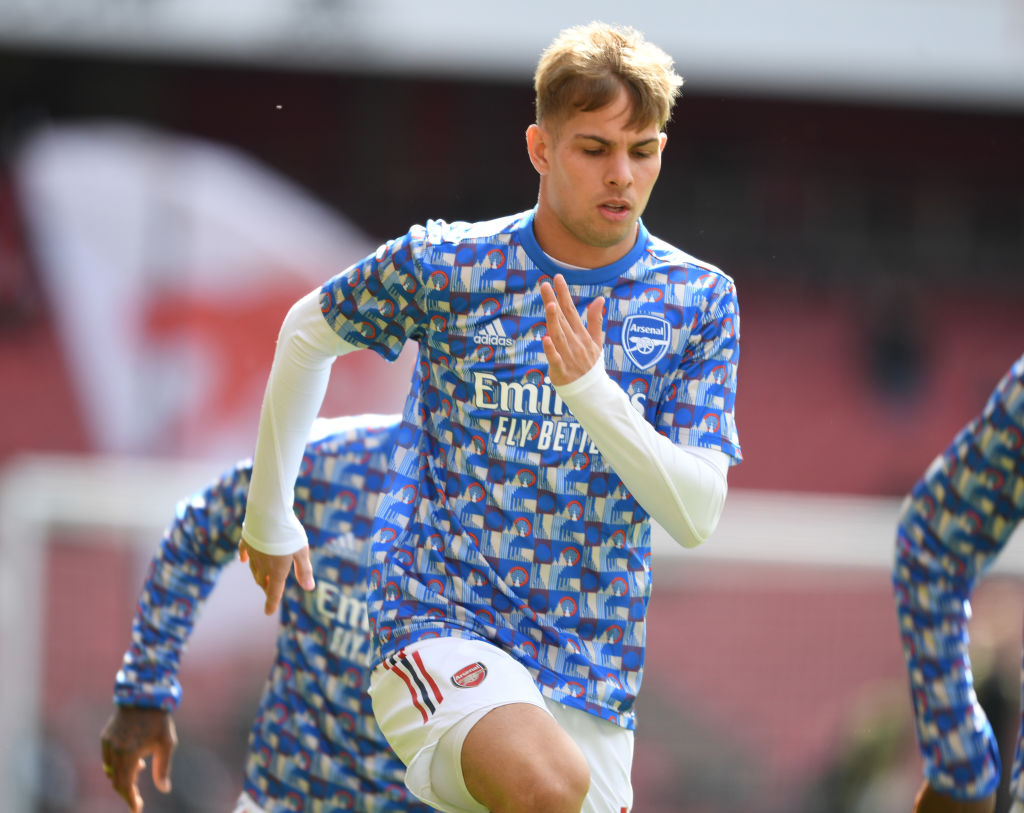 Arsenal’s challenge for a top four place has faltered in recent weeks with back-to-back defeats against Crystal Palace and Brighton allowing rivals Spurs the opportunity to surge ahead.

Arteta’s hopes of overhauling Antonio Conte’s side have been hindered by a spate of injuries with both Kieran Tierney and Thomas Partey likely to miss the remainder of the season.

Lacazette, meanwhile, was again absent from training on Friday and Arteta could be forced into another inconvenient change.

Eddie Nketiah remains an option but the 22-year-old is yet to score in the Premier League this season, while Gabriel Martinelli only has limited experience of playing in a central role.

Arteta has previously talked up the possibility of deploying Smith Rowe, Arsenal’s joint top scorer this season, as a false nine but hasn’t been tempted to experiment with that option since the first leg of last season’s Europa League semi-final first leg against Villarreal.

Asked if Smith Rowe would be capable of taking on that role again, Arteta said: ‘He’s not been completely fit to be training and playing every game, but it’s a possibility.

‘It’s a position that I think he can fulfil in the future, but he needs training, and he needs experience in.’

Asked if he would persist with a 4-3-3 formation, despite the worrying injury situation, he added: ‘We have different qualities and depending on the role and what the game requires or the spaces that you want to attack or defend.

‘It can become more challenging because of the numbers that we have. It’s obvious that we don’t have the capacity to change too much there.’