White praises Arsenal boss Arteta ahead of 'All or Nothing' episodes

Arsenal legend Alan Smith believes that manager Mikel Arteta should bite the bullet and offload Nicolas Pepe this summer, even if the club have to accept an eye-watering loss. The Ivorian winger has failed to live up to his mammoth £72million price tag since signing from Lille in 2019, and Smith feels that he is in a group of several stars who need to be moved on.

Pepe was one of the hottest players in Europe when the Gunners snapped him up three years ago, having just bagged 22 goals from the wing in a single Ligue 1 season. While the 27-year-old struck 10 times in the Premier League in 2020/21, his Arsenal career either side of that has been hugely underwhelming and he is not expected to feature regularly for Arteta this term.

Emile Smith Rowe, Bukayo Saka and Gabriel Martinelli are already battling it out for minutes out wide, meaning the Gunners could jump at the chance to get Pepe off the wage bill over the coming weeks. Smith points out that his former side is likely to suffer a painful financial loss in the process, but claims that offloading the winger would be a ‘bonus’.

“As a lot of clubs find out, getting rid of Premier League players when they’re on such good contracts is so difficult,” Smith told Express Sport, in association with Sky Bet. “At times, Arsenal have had to take hits on Aubameyang and Ozil just to get them out of the door.

JUST IN: Man Utd denied Frenkie de Jong transfer alternative who they had been ‘keeping warm’ 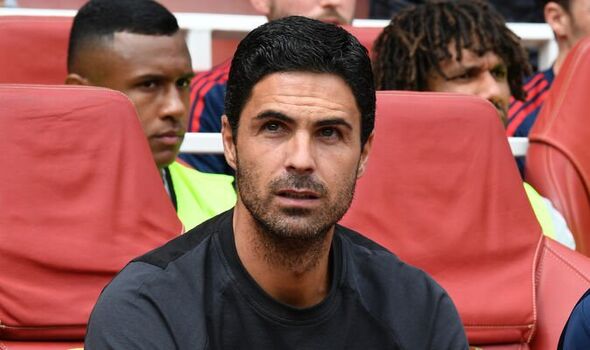 “It does take a long time to turn the squad over. You can get players out on loan but they come back again. Pepe is the big one because they bought him for over £70million. They’re not going to get anything like that back. Nothing like it.

“It was one of the worst transfer amounts, not as bad as Lukaku but it was up there. He doesn’t appear to be Arteta’s cup of tea. He’s not consistent and not many coaches like that. So if they could get Pepe out of the door then that would be a bonus.”

Pepe could join fellow Arsenal outcasts Hector Bellerin, Lucas Torreira and Pablo Mari in leaving north London this summer. The likes of Leeds and Newcastle have been linked with Pepe, Bellerin is keen on a permanent return to Real Betis, Torreira is supposedly closing in on a move to Galatasaray and Mari is poised to join Monza.

While outgoings are important to maintain harmony in the squad, fans will likely be more concerned with who Arteta could bring in before the transfer window slams shut. Many would have expected them to swoop for Leicester City midfielder Youri Tielemans by now, given that he only has one year left on his contract at the King Power Stadium, and Smith is among them. 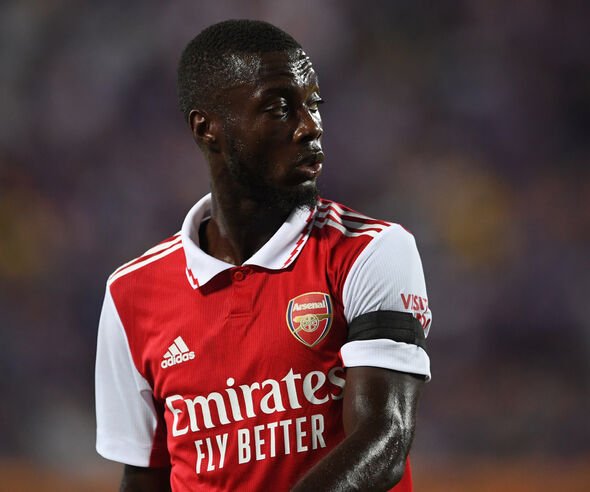 “Yeah [I’m surprised],” he added. “They’ve been linked with him for so long. I thought he was going to be the first signing that Arsenal made. In the end, it could be the last one if they sign him at all.

“It would be a good signing. Brendan Rodgers not quite knowing is destabilising for Leicester. To get a good central midfielder would be great. He’s not what you’d call a holding midfielder but he can get up and down the pitch and score goals. He’s a talented boy so if they could get him, it would turn into a fantastic transfer window for Arsenal.”

The Sky Bet Fan Hope Survey asked fans from all 20 Premier League clubs to share their levels of optimism for the 2022/23 campaign on a scale of one-10 (one being not optimistic at all, 10 being very), with Arsenal fans scoring 6.9

Despite this topsy turvy start to life at the Emirates Stadium, Gunners fans are more than happy with the development Arteta is making, as a remarkable 88 per cent of fans believe the Spaniard is the right man to take the club forward.

Additionally, In terms of the club’s competitions this season, 59 per cent of fans see a top-four finish in the Premier League as more important than winning the Europa League.