Arsenal failed to score the all-important goal in their Europa League semi-final second leg against Villerreal that would have taken them through to face Manchester United in the final. The likes of Bukayo Saka and Emile Smith Rowe were tasked with being the difference makers for the Gunners, but that decision has been slammed.

Arsenal manager Mikel Arteta has been warned about his young players being left “scarred” by their Europa League exit.

The Gunners were unable to find the all-important goal on Thursday night that would have seen them progress into the final of the Europa League.

Instead it was Unai Emery and Villerreal who will face Manchester United in Poland later this month.

And Arsenal legend and former coach under Arteta, Freddie Ljungberg, admitted that the result had left him surprised and upset. 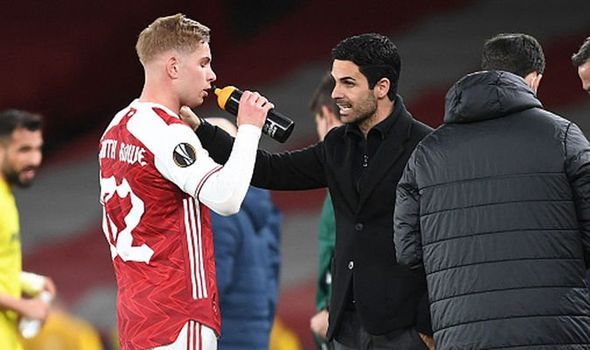 “I’m a bit in shock, unfortunately,” he explained on BT Sport. “I thought Arsenal would definitely go through here at home and put pressure on them.

“In the whole game, there was no pressure, really and I’d say Villarreal were the better team in both legs and that’s disappointing.

“It’s an emotional evening, it’s the reality. We are far behind in the league and we’re out of Europe.

“There will be a lot of people asking questions after this and feeling very low.” 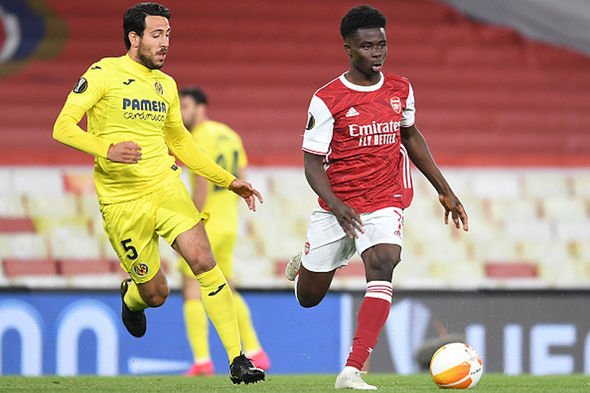 Ljungberg also warned that the disappointment could impact the younger players such as Bukayo Saka and Emile Smith Rowe, who have not experienced similar upsets in the past.

And the Swede warned that they must be protected from letting their heads drop.

Ljungberg added: ”There are a lot of young players in the squad playing, you’ll have to look after them so they don’t get scarred by the experience, but it was tough today.”

Meanwhile, fellow pundit and Arsenal hero Martin Keown argued that too much pressure has been placed on the younger players at the club in such a vital game.

“Young players do not pick it up quick enough, that’s why at the very big clubs, the likes of Foden take time to settle,” said Keown.

“So, you’re asking our top players – Smith Rowe, Saka – to come in and play them in an array of different positions and you’re doing it in the biggest games of the season.

“It didn’t work in these two ties.”