Mikel Arteta talks about his open heart surgery as a child

Tonight, the Premier League’s 2022/23 season begins once again, with Arsenal making the short trip across London to play rivals Crystal Palace at Selhurst Park. Arsenal have had a miserable few years of campaigns in the Premier League, failing to reach the top four and the hallowed land of the Champions League since 2016. To make matters worse, their North London rivals and arch enemies Tottenham Hotspurs have enjoyed a revitalisation in the past year, with new manager Antonio Conte turning around the squad’s fortunes.

Yet, many pundits have tipped Arsenal to finish inside the league’s top four position this season, particularly after a decent transfer window so far.

It has left Arsenal fans dreaming of the season to come, and their curtain-raiser on Friday night comes a day after Arsenal: All or Nothing premiered on Amazon Prime.

The new documentary follows Arsenal’s trials and tribulations from last season, including their heartbreaking loss at Tottenham which ended their Champions League qualification ambitions. 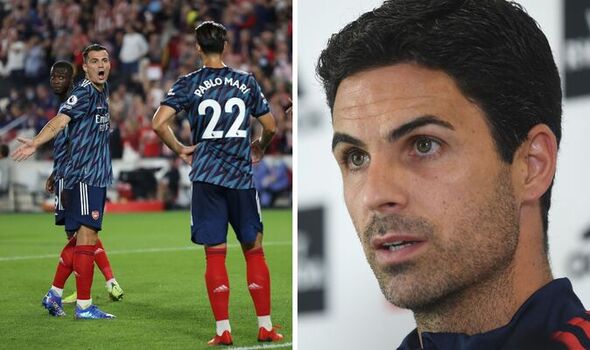 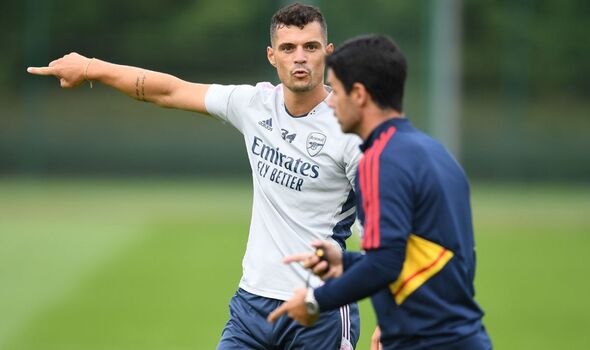 The season ended in a similar way to how it began: disaster.

Arsenal fans will now relive the horror of their opening first three games which all ended in losses.

All three matches ended in defeat, and crucially without Arsenal even registering a goal. 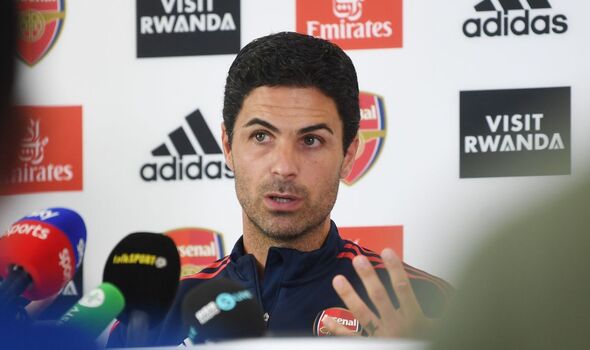 It left the side languishing in the relegation zone as the international break began.

Though Arsenal were unlucky in terms of having a coronavirus outbreak which disrupted their early-season preparations, it was around this time that Arteta endured a moment of self-reflection, describing his thought process during the documentary.

In the documentary, he said: “In difficult moments you question yourself, you have fears, difficult things happen in your mind.

“Can I turn it around? Do I have the energy today to go back tomorrow and transmit what I have to transmit?

“How are we going to do it? Are people going to believe in what we are doing?” 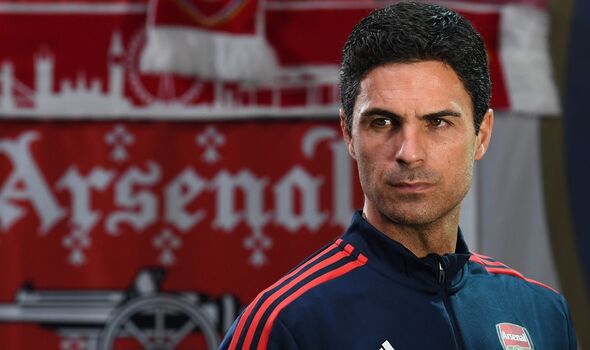 Football fans have been awaiting the documentary’s release with excitement, as it follows a similar set up to previous incarnations with Manchester City and Tottenham.

While it ordinarily follows the drama on the pitch, off it, the lives of the key characters involved in the story are also explored.

Stories such as Kieran Tierney, the Scottish defender, who discusses the issues with his mental health following his move to the capital.

As are the racist slurs experienced by Bukayo Saka after the England player missed a penalty as the national team lost in the final of Euro 2020.

Arteta himself also admitted “there is no balance” when being a Premier League manager, and that he finds it hard to switch off. 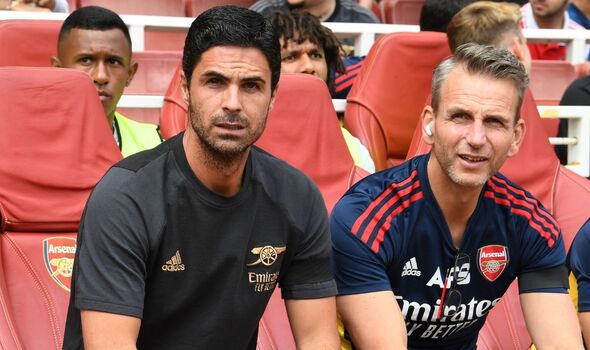 Speaking on BBC Breakfast before the documentary aired, the manager said: “Being able to disconnect from the job, that is for me the toughest.

“It’s so engaging that when you are not in this building, when you are at home you are still thinking about it. You are always on the phone, there are always things happening.

“Having that ability when you are somewhere else to actually be there, the same when you are with your family.

“Obviously you sacrifice spending more time with them. They have to understand and recognise that but at same stage you have to give them back as well when you are there the best of you.

“People say you need to find the right balance but there is no balance. The balance falls into the job because of the amount of hours you have to put in.

“But the quality of time you can do and the fact you can be present and be really there for your family when you are there, that’s what really makes it worth it.”

All or Nothing: Arsenal airs on Amazon Prime.