Report and highlights from the Sky Bet Championship clash between Millwall and Blackpool at The Den as Gary Rowett’s Lions came from a goal down on Saturday afternoon to beat the 10-man Tangerines in London. 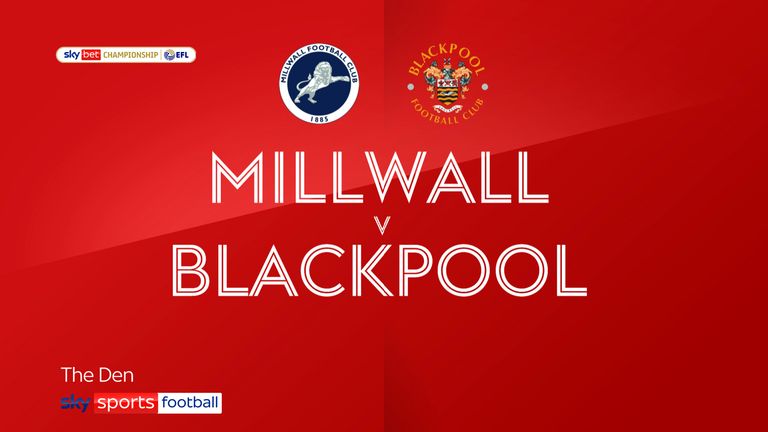 Last man Callum Connolly pulled back Benik Afobe when he was through on goal after 14 minutes, leaving the Tangerines to play the majority of the game a man down.

However, Blackpool broke the deadlock against the run of play after the break thanks to some calamitous defending. Lions goalkeeper Bartosz Bialkowski collided with Murray Wallace on the edge of the box to give Shayne Lavery a simple 56th-minute tap-in. 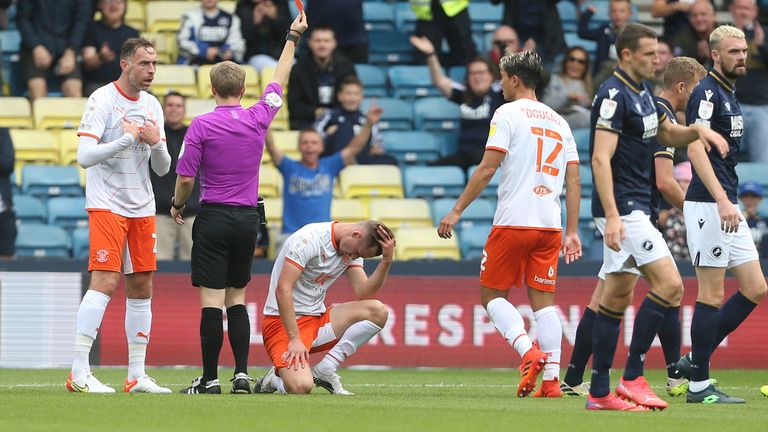 Jed Wallace rifled a superb free-kick into the top corner from 25 yards seven minutes later to level the game and swing the momentum the hosts’ way, before captain Cooper headed home from six yards to give Millwall all three points in the 90th minute.

Millwall striker Matt Smith posed an aerial threat all game and he found Afobe with a flick-on after 14 minutes, playing his team-mate through on goal before Connolly left the referee with little choice but to show the red card.

The hosts pinned Blackpool in their own half but rarely threatened and enjoyed clear few clear chances in the first period, with the visitors almost capitalising on a couple of defensive errors.

The home side started the second half brightly and thought they had the lead four minutes after the break when George Saville’s header ended up in the net, but the goal was disallowed for a foul in the box.

Scott Malone had a clear sight of goal in the 52nd minute after a neat backheel from Afobe played him through, but Marvin Ekpiteta prevented him from getting a shot away.

But it was Blackpool who took the lead five minutes later as Millwall’s shaky defending finally cost them.

The impressive Josh Bowler carried the ball from his own half and played Lavery in behind. Bialkowski and Murray Wallace seemed to have done enough to deny the striker, but appeared to take each other out and allow Lavery to slot home.

The hosts hit back just after the hour mark with a superb free-kick from Jed Wallace, who left Chris Maxwell with no chance.

It was all Millwall in the closing stages and substitute George Evans nearly won it three minutes from time, only to be denied by a fantastic save by Maxwell from close range.

However, skipper Cooper secured the three points with a towering header, meeting Jed Wallace’s corner with a powerful header that Maxwell was just unable to keep out.

Tags: 10-man, 2-1, Blackpool, Millwall:
You may also like
Latest Posts