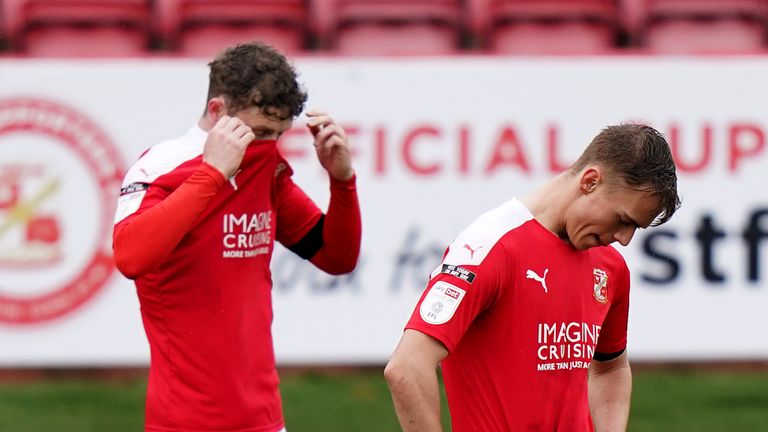 Swindon have been relegated back to League Two after a 5-0 hammering by MK Dons.

The Robins – who were promoted as champions last season – needed to avoid defeat at Stadium MK and hope they bettered Wigan’s result against Burton, but failure to do so has sealed their fate.

It has been a largely unsettled campaign for the club, currently led by caretaker Tommy Wright, with the departure of Richie Wellens as manager in November preceding John Sheridan leaving the club last week.