Egypt manager Hossam El Badry says the UK Government can help find a reasonable solution to the red-list row over player travel, and he is not giving up on Mohamed Salah and Mohamed Elneny playing in next week’s World Cup Qualifiers.

Egypt, whose national team are set to face Angola in Cairo on September 2 before playing Gabon away three days later, is a country currently on the UK Government’s red travel list.

Sky Sports News understands Liverpool have told the Egyptian FA that Salah would be free to travel for the second World Cup Qualifier, while El Badry has said the association has received a letter from Arsenal giving authorisation for Elneny to play in Gabon.

El Badry told Sky Sports News the Egyptian FA is still working with the UK Government to find a solution to the issue ahead of the country’s double-header next week. 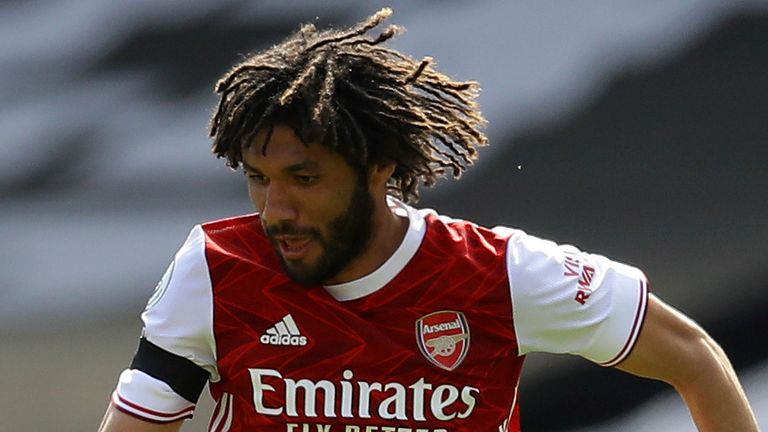 He said: “There is a chance that if they can’t come to Egypt then they can come to Gabon to participate with us.

“Of course it’s unfair, it’s an unfair position because this is qualification for the World Cup and it would be unfair for some teams who can’t have all their players, like Egypt or other teams.

“That is what we have said to FIFA to try and get the British authorisation to try and convince them.

“My message to them [the British Government] is that football is very important, and especially in England, they know this. This qualification is very important so they can solve this and they can be sure that after participating with us they don’t have to quarantine and can go back to their clubs.

“I’m sure we can find a solution and make it a win-win.

“The players accept this situation, both Mohamed Elneny and Mohamed Salah are very keen to come and participate with the team. We talked today and they told me that they hope the issue is solved.

“But unfortunately so far, we don’t have any good news. I think we can release the players and make the rules and can use PCR testing but it is unfair to lose a player.”

Sky Sports News has contacted the UK Government for a response to El Badry’s comments.

The Government’s latest advice stipulates that people returning to England from a country on the red list must quarantine for 10 full days in a managed quarantine hotel.

Boris Johnson has refused to relax the rules on entry requirements for Premier League players, while FIFA president Gianni Infantino has written to the Prime Minister to request an exemption for the 60 players affected across the top-flight.

Tags: and, Elne, Mohamed, Salah
You may also like
Latest Posts